EXCLUSIVE | 'My best friend was a boy': Ballymahon model Maura Higgins' heartbreak at the tragic loss of her best friend 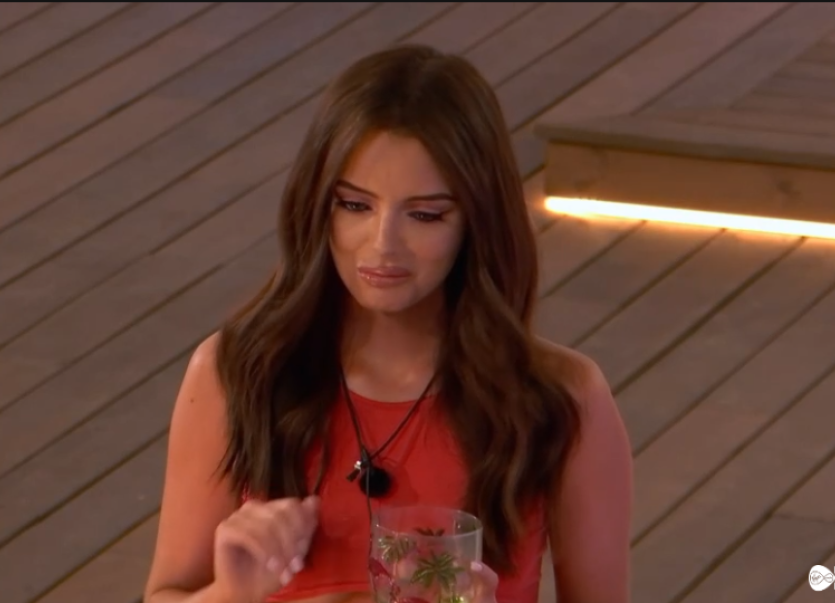 Emotional: Maura takes a moment to remember her best friend on tonight's episode of Love Island

The main focus of tonight's episode of Love Island may have been the continuing struggle of Tommy Fury as he tries to choose between Molly, with whom he has been coupled for a week, and Ballymahon bombshell, Maura, who has captivated him since she strutted into the villa on Wednesday night.

But a subplot of tonight's episode was the drama between Lucie and Amy, and a discussion the girls had about male and female friendships - a discussion in which our Longford lady was involved.

Following Lucie's admission that she hangs out with guys, and Anna's insistence that "guys will never be there for you like girls will be", Maura briefly mentioned someone close to her own heart.

"Mmm... I disagree... My best friend was a boy," she said, with more than a little emotion. And, while the conversation continued without acknowledgement of the word "was", it's something that will not have been missed in the Higgins household during tonight's episode.

"The year before last, Maura had a very hard year," the local model's emotional mother, Sharon, told the Longford Leader.

"She lost her best friend. He was killed tragically in a motorbike accident. That was a very, very tough year for Maura. She really took that hard."

The Longford man was killed when his motorcycle collided with three cars in Athlone, Co Westmeath, in July 2017.

The local community was left devastated by the loss of such a popular young man and, for Maura, the wound from that heartbreak has not yet healed.

"She speaks about him all the time," said Sharon.

"She reckons he's always going to be her angel. The last thing she did before she left for Love Island was visit his grave to speak to him."

He was such an inspiration to Maura in the early years of her career. It was he who gave her the push she needed to go for her Monster Energy job, Sharon explained.

"She never thought she'd get it. He said 'of course you will, you're dynamite, they will love you'. And it was a huge loss when he was killed. He was part of the family and we all loved him."

In face, he was a friend to the entire family, Sharon continued: "He used to come up to my son and he started out friends with him and then he got to know the rest of them and that was it. If he fell out with one, he always had another. He was like a brother to them. He'll always live on in their memory."

Maura is a very spiritual person, her mother continued.

"We've often found feathers and things and Maura would say 'this is definitely him giving me a sign'. She was getting all these double numbers and they were meant to be angel numbers and she said to me, 'oh mam, I wonder is he trying to give me a message'. He will always live on in her memory.

"ITV had been on to Maura for the past couple of years to interview for Love Island but she wasn't ready for it. That year was a devastating year. And last year, she had so much work on with Monster, it just wasn't an option. And she still wasn't totally over the loss of her friend. It was a huge loss to her."