Ballymahon girl, Maura, is forging a name for herself in the modelling industry 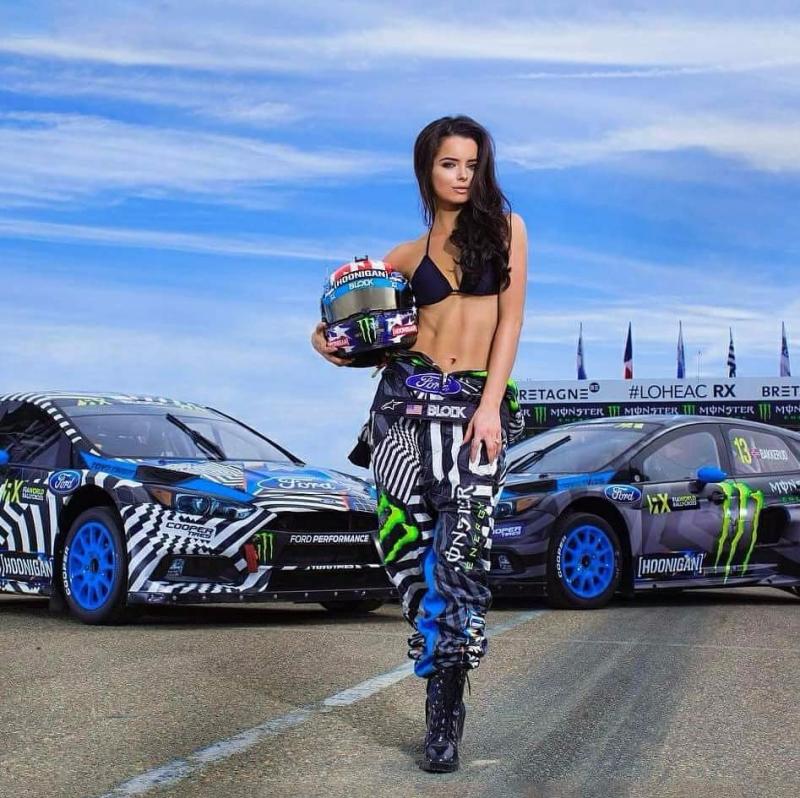 From the boxing ring to the background of Liam Payne's music video to the Formula 1 Finale in Abu Dhabi, it has certainly been a big month for model, Maura Higgins.

The Forgney girl is really making a name for herself in the modelling industry and hasn't let her rural background get in the way of her success.

“The biggest challenge that I can see (for rural Ireland models) is that all the agencies use the same models for everything and it is almost impossible to break into the Irish model scene,” Maura explained to the Longford Leader last week.

“All my opportunities, so far, have come from outside Ireland.”

And while those are huge opportunities - arguably even bigger than almost any opportunity available in Ireland - Maura says it's a shame that modelling is so difficult for young girls from the countryside.

“I think the Irish scene is dated and most agencies are being run by former models.

“You have to be living in the bigger cities to even have a half a chance of getting any work at all.

I'm getting huge opportunities to travel the world as a Monster Girl. I have been to places that most people only dream about. Places like Bali in Indonesia with the MX GP series are real highlights

“It doesn't really bother me at this stage but for a young girl living in rural it can be very disheartening.

“The only bit of advice I would give is to take any opportunity, no matter how small it seems, and hope it leads to someone seeing your work outside the country.”

And that piece of advice certainly worked for Maura herself.

She trained to be a hairdresser after school, started modelling on a part-time basis when she was 18 and worked her way up from there.

“I entered the Babe of the Year competition in 2011, which was advertised in the Daily Star just to see how I would get on,” she recalled.

“I was selected as one of the top ten finalists. The final took place in the RDS at the national bike show. I didn't win but it gave me a confidence boost and I took part in a number of similar competitions in the following year or two.

“I was selected as a finalist in all of them and that boosted my confidence even further and, I suppose, this is how it all started.”

Since then, things have only gotten better and better for Maura who has seen her career take her to spectacular places and huge events around the globe.

“The main highlight of my career so far is the fact I was selected as one of the Monster Girls a couple of years ago,” she explained. 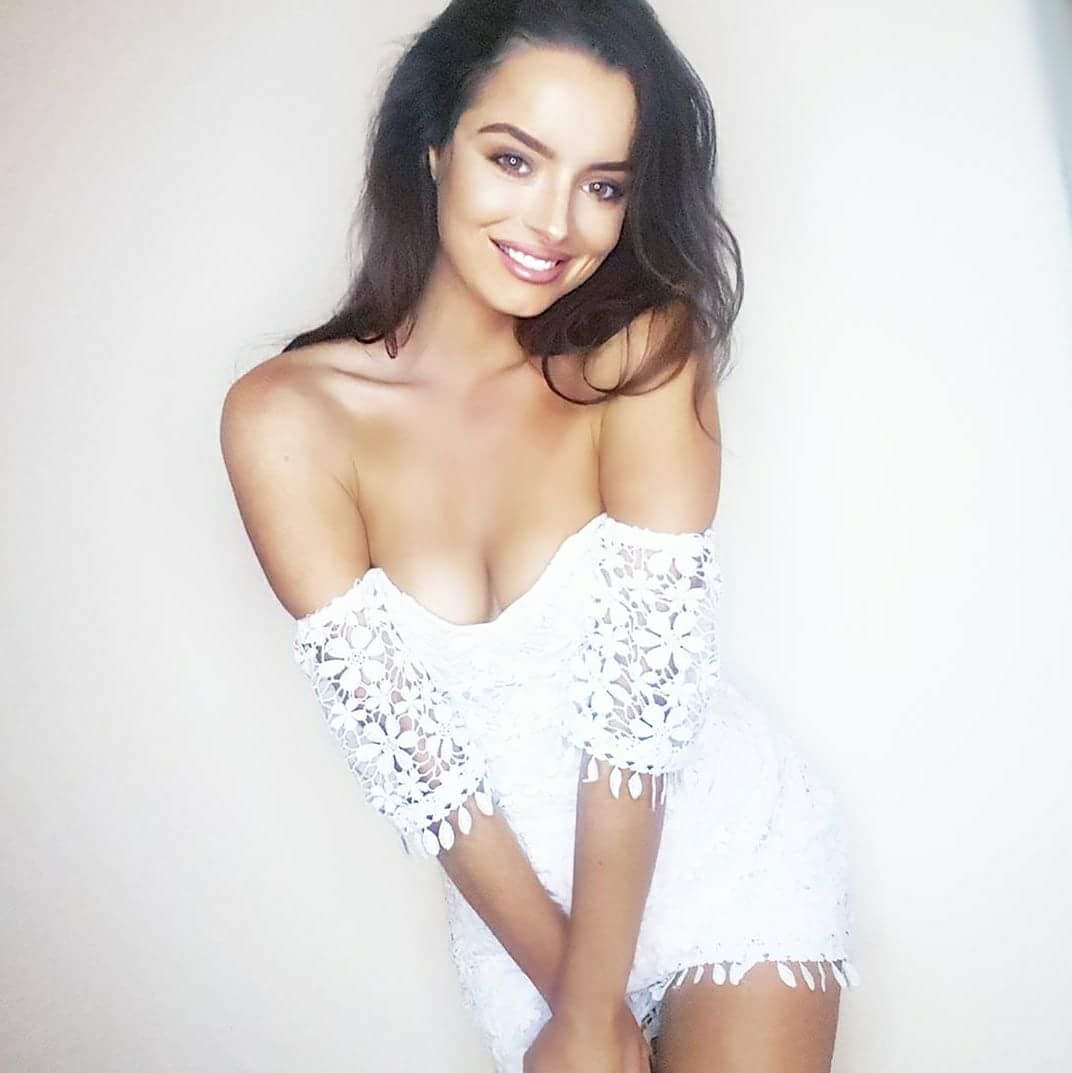 “I am getting huge opportunities to travel the world with them and they are like a second family!

“I have been to places that most people only dream about. Places like Bali in Indonesia with the MX GP series are real highlights.

“I am going to the finale of the Formula 1 series in Abu Dhabi at the end of this month and am really looking forward to that.”

Maura hit the headlines a few weeks ago when she jetted off to Cardiff to be one of four ring girls for the World Heavyweight Boxing showdown between Anthony Joshua and Carlos Takam.

“SBJ Model Management had contacted me earlier in the year to work as girl at a fight but, due to other commitments, I could not do it. I told them to keep me in mind if anything came up later in the year,” Maura said.

“They subsequently contacted me for a fight in Belfast the week before the Anthony Joshua fight and then to do the night in Cardiff.

“It was an amazing experience walking out in front of 70,000 people. We did all the fights, including Katie Taylor's fight.”

In fact, Maura not only walked around the ring on the but got to meet Katie Taylor herself.

Katie is a tough fighter and it was a fantastic experience to watch her in action from the side of the ring. Katie and I shared a car back to the airport and we sat together on the plane home

“Katie is a tough fighter and it was a fantastic experience to watch her in action from the side of the ring.

“Katie and I shared a car back to the airport and we sat together on the plane home.”

Within a week of Maura's moment in the Cardiff spotlight, she was shot back into the public eye when she appeared in the music video for Liam Payne's number one hit 'Get Low'.

“A company in London contacted me a few months ago regarding a photo shoot for MTV,” she explained.

“The morning of the shoot, I was informed it a visual backdrop for Liam Payne's song 'Get Low'.

“The shoot was done with stills and video which I had not done before.

“I was a bit nervous at first of cameras but soon settled the job in hand!

“I was bound to contract so, for a few months, I couldn't disclose anything about it until it appeared at the BBC awards night.

It was another great piece of experience to get.”

Maura always had it in the back of her head that she'd like to do some sort of modelling and although she didn't have any particular model she looked up to, the career seemed like something she'd be interested in.

“I was always interested in fashion, so I can't say there was any particular inspirational moment,” she explained.

“I was always watching the girls on TV advertisements, how they held themselves and what they were wearing.

“I just wasn't sure which area of modelling I was going to go into.

“I knew catwalk wasn't an option because my height was against me so I started looking at what other options were available.”

And she's certainly managed to make a career for herself over the past decade, with many more years of modelling ahead of her.

“ I hope to have continued good health, to be able to really enjoy what I am doing and, hopefully, continue to get the amazing new opportunities that I have been getting so far,” she told the Longford Leader when asked about the future of her career.

“The Monster team will be back in action for 2018 on the European circuit so I am really looking forward to that. I have a few other exciting projects in the pipeline which, unfortunately, I can't speak about at the moment.”