'Don't judge her too quickly... she has a heart of gold' says local model's mother 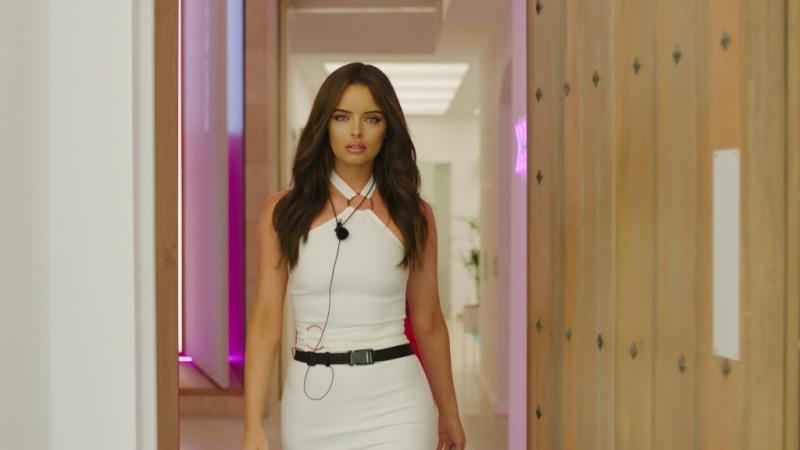 Things really heated up on Love Island this week as Ballymahon model Maura Higgins strutted into the villa on Wednesday night. She's on a mission to find love and so far she's taking no prisoners... although boxing hunk, Tommy Fury, has been completely smitten with her since she turned his head "560 degrees".

The Ballymahon bombshell has certainly caused a stir, with social media and the actual media swarming all over her following a few bold statements on her debut episode. The phrase "fanny flutter" might just catch on. And, while most Irish mammies might be absolutely mortified, Maura's mother, Sharon, hasn't stopped laughing.

What has bothered Sharon Higgins, though, is the number of lies and the misinformation shared by tabloid newspapers that have tried to drag up anything they can on Maura since she was announced as a contestant on the reality TV show earlier this week.

Of particular interest to the national and UK media is the fact that Maura was in a nine-year relationship - and engaged, according to a Depop account she had a number of years ago. In an exclusive interview with "the only paper I'm prepared to speak to", Maura's mother revealed the truth about her daughter's long-term relationship and heartbreak, and set the record straight on those plastic surgery and used swimsuit rumours.

It's common knowledge at this stage that Maura was in a relationship for almost a decade, with attention-grabbing headlines sprawled across tabloid newspapers revealing her previous engagement along with words like "exposed", "the real Maura" and "shocking".

But it's all misinformation, according to Sharon Higgins: "Maura was in a nine-year relationship and she got engaged to that guy and that just fizzled out," she said, adding that she was so young when the relationship started - still a teenager, in fact.

"And then she was broken up for a good while and she started dating another guy and they (online tabloid newspapers) are after putting pictures of this guy up, saying about her being engaged. She was never engaged to this guy. She was only with him a short while.

"She was with him for a while and that fizzled out then. She could never go back there. But they’re after mixing up one guy with the other. They’re putting the engagement on the wrong fella," she added, referring to a photograph attached to a story about Maura's Depop account, which was published online yesterday.

It's all speculation, Sharon added, and they've got it completely wrong.

In the Maura Higgins media frenzy, a number of images were posted online yesterday afternoon, showing a "shocking transformation" that the model allegedly went through before she entered the villa. Rumours of plastic surgery were rife as decade-old modelling photos appeared alongside the Ballymahon star's current modelling photographs, claiming the beauty had undergone surgery to get her enviable curves.

"They're saying she's had work done on her bum and her boobs and everything. Where are they getting this from? And they were pulling up photographs from back when she was 18 and comparing them to what she looks like now," Sharon fumed.

An article regarding Maura's Depop account has really ruffled the feathers of her mother who is furious with tabloid papers for trying to imply her daughter would sell used swimwear.

"That is disgusting," she said of the media that would print such material.

"She would never do that. She used to just show the bikinis but they’d always have the film on them. She would never, never sell anything that was used like that. How disgusting are they to come up with something like that? It’s desperate.

"I said to her agent it’s disgusting. Why are they saying such horrible things like that? And she said they say it about them all. There’s always something. It’s because they can’t get people to read their stories and they will say anything to keep you reading. They’ll pull up stuff and say this and say that. They will do anything to get people reading because she’s trending on Twitter."

People are judging her too quickly, Sharon explained, but Maura Higgins has a great personality. Sharon is bursting with pride at how far her daughter has come in her career. And, despite the fact that her "jaw dropped to the floor" at certain "fanny flutter" comments on Wednesday night, Sharon can't stop laughing at the stir her daughter is causing online.

"I've been looking at memes, and it's all just so funny. So many people are judging her too quickly. But don't judge her too quickly because she has a heart of gold. She'd do anything for you," she said.

And, as the drama continues on VirginMedia Two tonight, all of Ballymahon, Longford and Ireland will be waiting to see what happens after Tommy's admission that Maura turned his head "560 degrees".

Maura is equally smitten though, and knows exactly what she wants where Tommy is concerned. In fact, it took only one date for her to tell Tommy she'll completely commit herself to him if he decides he'd like to get to know her better. And, after a furious outburst from Molly on last night's episode, it remains to be seen whether Tommy will stick with her or follow the obvious connection he feels with Maura.

"You're acting like you're in love with me." Bold words, Tommy. #LoveIsland pic.twitter.com/4GgsrTNkhM

And with that commitment from Maura that he didn't get from Molly over the past few days, tonight's episode is going to be very interesting. Maura has really thrown a punch and knocked Tommy for six. Tune in at 9pm tonight to see what Tommy decides to do.

When your mates start arguing at dinner but you're not getting involved. #LoveIsland pic.twitter.com/hKHNB1s2cZ

Stay tuned to the Longford Leader for more EXCLUSIVE content on Ballymahon's bombshell, Maura Higgins, as the county waits with bated breath to see how she gets on.