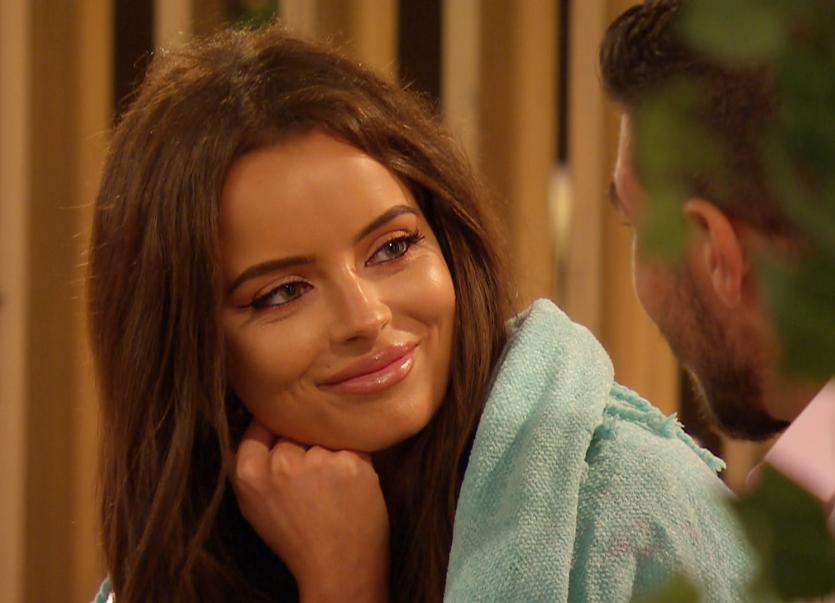 Maura Higgins gazes into the eyes of Tommy Fury.

Maura Higgins, the Longford beauty widely credited with saving Love Island and with spicing things up considerably inside the Villa and for millions of TV viewers, and her besotted admirer, boxer Tommy Fury, are being quoted at odds of 6/1 to emerge as the winning couple of the series.

Molly-Mae Hague is suddenly facing a Love Island exit after being dumped by Tommy Fury.

Molly-Mae only entered the villa last week, and she turned a number of heads before coupling up with Tommy – but after nearly a week with the boxer their relationship had not moved very far.

When your mates start arguing at dinner but you're not getting involved. #LoveIsland pic.twitter.com/hKHNB1s2cZ

However, things have been turned on their head as Tommy has confirmed his interest in new girl Maura Higgins and she is in-turn not shy in making her feelings known.

Now Molly-Mae is in real trouble, as the other new entrant Elma Pazar – took a liking to Anton Danyluk, who was the other guy who had shown an interest in her.

And with the next elimination due any day, Molly-Mae has now been cut into favourite to be first girl out of the villa.

OddsMonkey spokesman Peter Watton commented: “Irish ‘ring-girl’ Maura wants a Boxer of her own and Tommy clearly wants her, that spells bad news for Molly-Mae – who did not react very well to the new girl.

“With the other newbie Elma looking likely to want to get to know Anton, Molly-Mae once plentiful options are now severely limited.

“And as for Tommy and Maura, their odds to win have already come into 6/1 despite the fact they are not even an official couple yet.”

Maura and Michael had the girls screaming as they got to know each other... #LoveIsland pic.twitter.com/zVCkXPJzeA