Sive opens in Ballymahon this Thursday 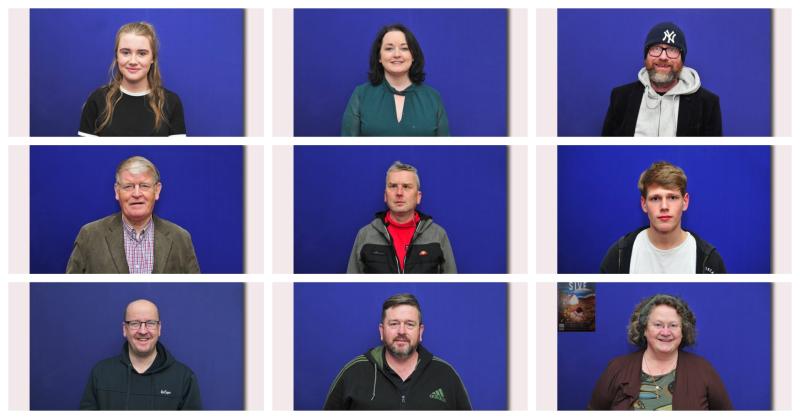 The cast of Sive

It’s been 28 years since The Bog Lane Theatre Group first produced the John B Keane classic, Sive, so there’s plenty of excitement around the town as the group prepares to bring the popular play back to Ballymahon this weekend.

Opening night is this Thursday, March 28, at 8.15pm and the play will run nightly until April 7, with the exception of Wednesday, April 3, when there will be no performance.

“The Theatre is owned by the group and we’ve staged many productions here in the past, under the direction of Ruairí Stafford who was artistic director for many years,” said chairperson of the Bog Lane Theatre Group, Gemma Rowan.

“But what resonates with this play is that we staged it before. This year is the 60th anniversary of when John B Keane’s Sive was first produced and it’s also our 28th anniversary since we first performed it.”

A lot has changed in those 28 years. The theatre has been beautifully refurbished, thanks to the hard work of Gerry Quinn (producer/director of Sive), Pat Lloyd (secretary of the Bog Lane Theatre Group) and Frank McGrath (PRO).

“We are very grateful to Longford County Council for their funding through the Community Enhancement Programme, which allowed us to give our auditorium our new look,” Gemma remarked.

A youth theatre group has been formed, thanks to the passion of Gemma Rowan and Frank McGrath, and there are plenty of summer camps and events for - and performances by - young people throughout the year.

The One Act Drama Festival, which sees nine theatres from across Ireland congregate in Ballymahon for three nights every year, is also hosted at the Bog Lane Theatre.

What hasn’t changed much, though, is the cast of Sive. There are some new faces in the group taking up some of the prominent roles, but three members of the cast in this year’s performance have been the life and soul of the group since the original production of Sive hit the Ballymahon theatre in 1991.

“I was the original Sive in the first production, which was 28 years ago exactly this month. That was March 1991,” Gemma recalled.

“Adrian Duncan, who is the President of the Bog Lane Theatre Group, is playing the part of Mike Glavin. He played that role 28 years ago too and he gets to play the same role again. I asked if I could play Sive again but I can’t,” she laughed.

Gemma still has an exciting role, though, this time portraying Mike’s wife Mena, who is always in constant battle with Mike’s mother Nanna (played by Michelle Doran) and is resentful of Nanna’s illegitimate grandchild Sive, who has been reared by Mike and Mena since the death of her mother.

The third member of the original cast was local personality Michael Conlon, who played Sive’s love interest, Liam Scuab in 1991 and will this year take up the role of matchmaker, Thomasheen Sean Rua, who is enlisted by Mena to try and marry poor Sive off to an old farmer, Sean Dota, who will be played by Tony Tiernan.

Read also: Making theatre available to everyone in Longford

There are also two travelling tinkers, Pat Bocock and his son, Carthalawn, who will be portrayed by Paul Foxe (Paul is also artistic director of the Bog Lane Theatre) and Mike Farrell.

Liam Scuab, the love interest of Sive, will be played by Nathan Conefrey, a product of the Bog Lane Youth Theatre. Liam is a cousin of Sive’s father and an educated young man who represents a new generation trying to escape the old ways.

The role of Sive herself will be performed by BLT Youth drama group’s Muirinn Claffey. This is Muirinn’s first full-length play and the group is delighted to have her in the cast.

“Rehearsals are going well. We’re down to the wire now. Opening night is on Thursday. We have a cast of nine, which is a big cast to juggle and everyone has worked very hard. It’s a tough play, and there’s a lot of dialogue in it - but it’s a very well known John B play and we hope that everyone takes the opportunity to see it in our lovely new auditorium,” Gemma explained.

“On behalf of the Bog Lane Theatre, I would like to thank everyone on an off stage for their hard work, dedication and commitment to Sive.”

And she has no hesitation in giving her assurances that this production will be unmissable. For tickets (€15/€10), contact 087 786 2496, send a message to @boglaneballymahon on Facebook, or email theboglanetheatre@gmail.com.