Making theatre available to everyone in Longford 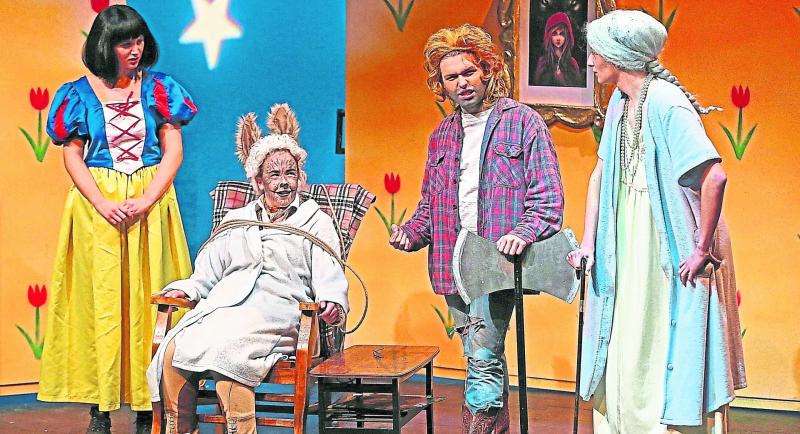 Sensory friendly theatre is certainly not a new concept, but it is one that's not yet facilitated widely across the country.

Theatre can be a challenging experience for children who are on the autism spectrum, but sensory-friendly performances area more inclusive form of art, geared specifically towards children with special needs.

And, with Backstage Theatre working towards a more inclusive programme all the time, staging a sensory-friendly version of the popular pantomime, The Lost Princesses, was an important step towards the ultimate goal of making theatre for everyone.

The Lost Princesses is quite possibly Backstage Youth Theatre’s most popular pantomime to date and it returned to the Longford stage on Saturday, March 2, for a very unique performance.

“That was a special one because it was brought back, not by demand from a general audience, but demand from a very special audience, which was parents of children with special needs and autism and ADHD — children who find it more challenging to come to the theatre,” said Mona Considine, who is general manager of the Backstage Theatre.

Mona was approched by a parent who made the suggestion and, because she was already brainstorming ideas to make the theatre more inclusive for children, she immediately agreed to make it work.

Together, Mona and a number of parents worked closely with an occupational therapist and chairperson of Backstage Theatre, Paul Higgins, to produce an adapted version of the sell-out pantomime for a very special group of children.

Children were invited to visit the theatre before the performance so it wouldn't be a strange place for them on the day, and staff at Backstage ensured each child was welcomed appropriately.

A quiet room was set up for those who might have felt anxious or distressed, and the studio was decorated with lights, toys, and plenty of open space so the children could run around and play if they wanted to be somewhere different. The auditorium was also made more comfortable for its VIP audience, with lights left on throughout the performance, and the promise that children could leave at any time and come back when they felt like it.

“And I think the most important part was that they could come back in — that they didn't have to leave the theatre just because the child was upset, or maybe was a bit challenging in their behaviour,” Mona remarked.

“There’s just more understanding there from us as a staff, because we’re a little bit more educated about it, and from their fellow audience as well — and the performers.

“The youth theatre are fantastic. They really bought into it well and re-rehearsed and changed it up entirely to suit that audience and they did a great job.”

The performance catered for a maximum of 100 tickets to ensure children wouldn't feel overwhelmed in a large crowd of strangers - and every ticket was sold.

“We had such a nice response from the parents that were there. They appreciated it so much and it was so lovely to see them enjoying themselves,” said Mona, adding that more shows like it will definitely be in the pipeline.

“It would be nice to do something sensory — a performance that’s actually designed especially for them. What we did was the theatre members adapted the performance to suit the audience - and they did a brilliant job. But we could probably do something that will really appeal to them.”

Mona hopes to work with Backstage Theatre’s Artist in Residence, Maisie Lee, as well as the Aisling Children’s Festival to ensure that more inclusive performances are provided to the children that need them.

“I suppose, really, you just want them to have access to something every other child has access to so it would be nice to design something with that in mind, but also to try and make all of our programme more accessible,” she concluded.
And, with such a positive response to this particular sensory-friendly show, there’s little doubt that the Backstage Theatre won’t to pull out all the stops to ensure theatre is available to absolutely everybody.