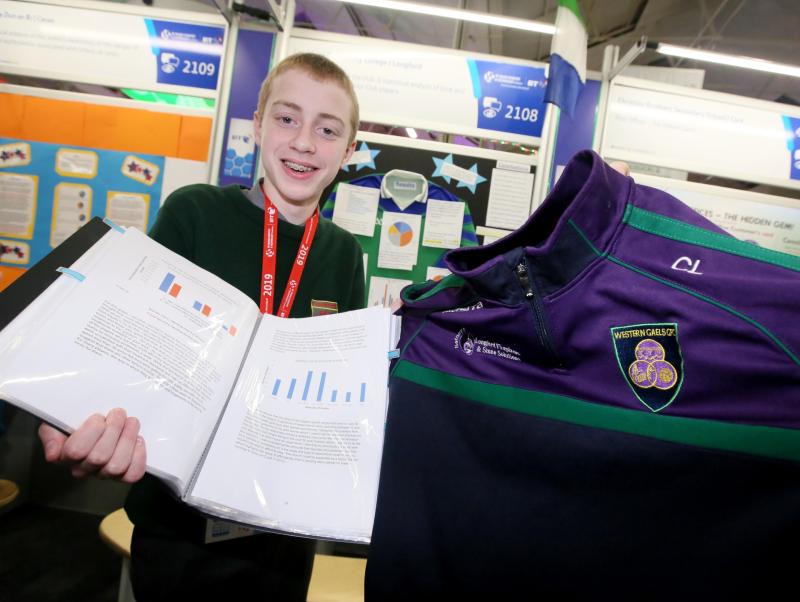 There was no shortage of Longford talent on display at last week's BT Young Scientist and Technologist Exhibition, which saw seven spectacular projects by four of the county's nine schools impress the crowds that gathered in the RDS, Dublin for the 55th annual event.

Lanesboro Community College, Moyne Community School, Ballymahon Vocational School and Cnoc Mhuire Granard were all well-represented at the event, with Lanesboro and Moyne bringing home awards for their projects.

LCC student Conor Lyons was thrilled to be awarded second prize in the Junior Individual Social and Behavioural Sciences category went to a very proud Conor Lyons for his project 'The cost of playing for the club: A statistical analysis of time and money spent by GAA Senior Club players'.

And Conor wasn't the only student from Lanesboro to bring home a prize.

At senior level in the Biological and Ecological category, Leah Farrell received a 'Highly Commended' award for designing an online tool for calculating CO2 emissions and for applying this model to analysing the carbon footprint of our diets.

At intermediate level in the Social and Behavioural category, Orla Lyons’ study on the benefits of a short maths programme to help students improve their numeracy was awarded the ‘Highly Commended’ accolade and singled out as a ‘policy changing study’.

The project, entitled 'Study of First Year students' home use of Information and Communication Technology (ICT)' was expertly researched by David Masterson and Seán Tiernan who brought home the 'Highly Commended' prize for their school.

The overall winner of the 55th BTYSTE was 17-year-old Adam Kelly, aged 17, from Skerries Community College in Dublin.