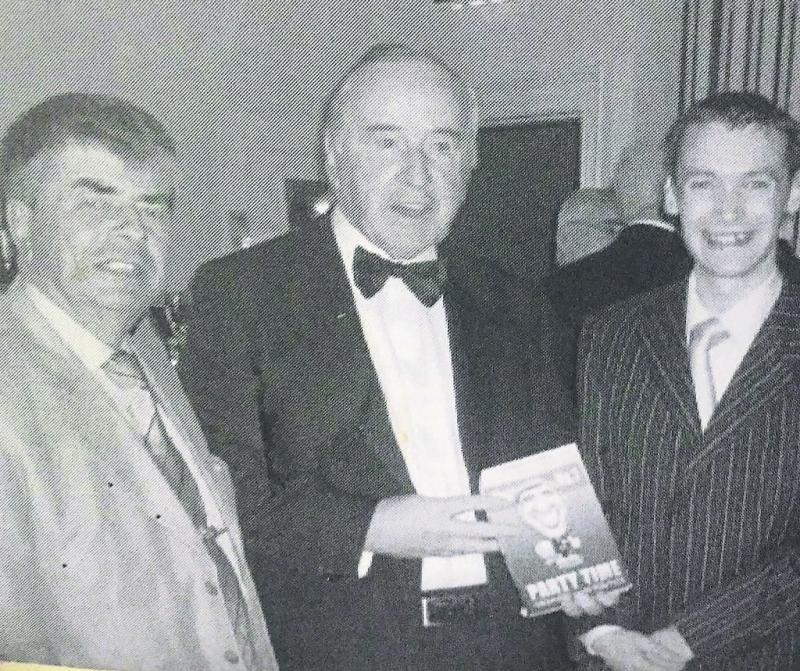 The late Peter Kelly and Albert Reynolds, alongside Johnny Fallon at the launch of Party Time.

'Peter Kelly Longford' always knew that politics is just as much about people as policy. Politics for Peter was all about helping people, working with them and enjoying their company.

One of my earliest memories of Peter Kelly was him stopping off at our house to discuss an issue that needed to be sorted and I remember Peter starting by saying to my father ‘Let me tell you the plan and then you tell me what you think’.

That was Peter. He always had a plan.

Once he became a councillor in the ‘80s people continually mentioned him as a future TD.

Peter was the ultimate political fixer back in those days. He loved everything that politics involved. He loved the meetings, the people, the planning.

There was no doubt that he was one of the strongest of the Reynolds loyalists. Along with the likes of Benny Reid, Luie McEntire, Mickey Doherty, Jimmy Coyle, Paddy Farrell, Tom Donlon and Noel Hanlon they were an inner circle that taught us all what politics was really about.

In all the time I knew Peter I don’t think I ever saw him lose his cool.

Even during rough times or when the wind was against us politically he was always the one who raised everyone’s spirits with a good story and an encouraging word.

Mostly that was because he brought unrivalled perspective to situations. He knew what was really important in life and could see through the haze no matter how difficult.

For a generation of Longford youngsters, the games room at the back of Kelly’s bar was one of the main places to meet up in Longford town.

I used to go there some days between exams or at lunch and Peter might often call me aside and say ‘you come over here and talk politics, you’ll never be a pool player’.

We live in an age when politicians and those around them obsess about policy.

Too often they forget what Peter Kelly always knew. Politics is just as much about people as policy.

Politics for Peter was all about helping people, working with them and enjoying their company.

When Ógra Fianna Fáil was established in Longford, Peter was one of its biggest supporters. He was always on hand to give advice and to welcome everyone back to Kelly’s bar.

Every year at the Cairde Fáil dinner everyone knew that one of the best seats in the house was beside Peter Kelly.

Indeed when I met my wife and brought her to a few of these, the chance to hang out with Peter, Maura and Emily was one of the best nights out of our year.

When we got married, Peter drove my wife to the church and drove us both to the Hotel. He had us in stitches laughing all the way. He also had his camera out.

Peter never missed a good photo opportunity. He would snap away and say, ‘We will get couple of good ones and send them to the Longford Leader.’

I have known a lot of TDs in my life but few as universally popular as Peter Kelly.

You could sit with him in the Dáil bar or the restaurant and it was a constant stream of people from all persuasions coming up trading stories and laughing with him.

No matter where I went I bumped into people that knew Peter.

They usually remarked on the way he always introduced himself ‘Peter Kelly Longford’.

One thing nobody could deny was the pride he had in this county or how hard he worked to promote it every chance he got.
Despite what many people think, being a TD is not easy.

There is a huge workload and enormous demands placed on your time and life. It’s a well paid job so there is not much sympathy but in private I know why many might have a little moan about things.

However, I don’t think I ever heard Peter moan about it. He felt lucky and he loved the job. A large part of that was because he had such a supportive family.

We were all lucky to have Peter’s company, his advice and his friendship. The late nights, the meetings, it was all because Maura and their family allowed us to share Peter with them and for that we are grateful.

There is no doubt that politics in Longford is poorer now for the loss of Peter Kelly, however it has been enriched forevermore by him having been a part of it