Peter Kelly Jnr: 'My Dad had three great passions in life - his family and friends, Fianna Fáil and Longford' 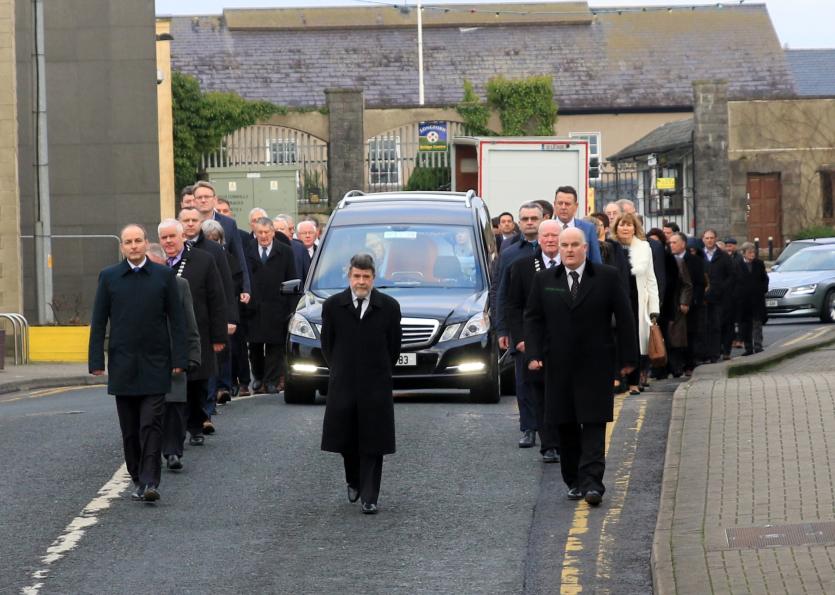 "My Dad lived a wonderful life, he always believed he was born under a lucky star," outlined Peter Kelly Jnr during his poignant and fitting eulogy tribute to his late father, former Longford Fianna Fáil TD and councillor, Peter Snr, at his Funeral Mass which was celebrated in St Mel's Cathedral this morning.

"He had three great passions in life - his family and friends, Fianna Fáil and Longford," remarked Peter Jnr.

When Peter Kelly secured election to Dáil Éireann, his son said he had landed his dream job.

"To an outside eye, the work he did as a politician would have seemed mammoth but to him it was effortless because he loved doing it. He loved making representations and he absolutely did the best he could to get investment into the town and into the county."

To listen to Peter Kelly Jnr's eulogy at this morning's Funeral Mass click on the arrow at the bottom left corner of the photo that accompanies this story.