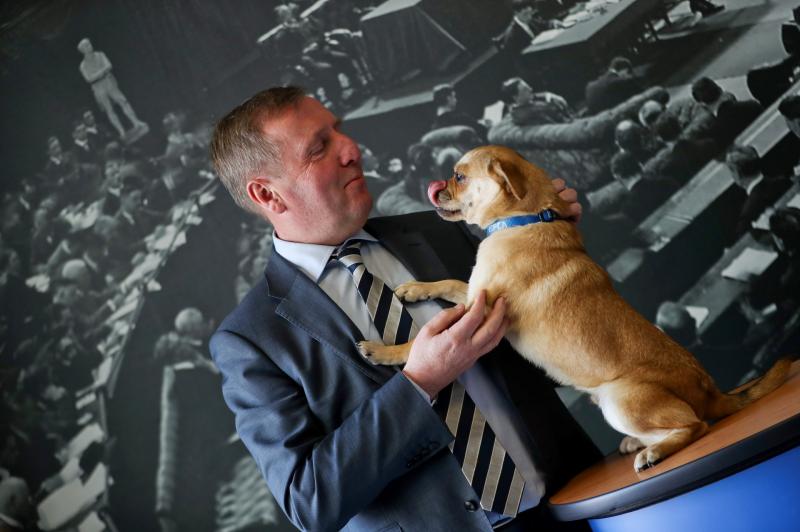 Minister for Agriculture, Food and the Marine, Michael Creed TD

Two Longford animal welfare organisations - Hungry Horse Outside and the ISPCA National Animal Centre - are to receive €525,000 in funding, an increase of €52,000 on last year's figure of €473,000.

The funding awards of €2,751,000 to 108 animal welfare organisations throughout the country involved in protecting animal welfare were announced on Sunday, December 23 by Minister for Agriculture, Food and the Marine, Michael Creed TD. The payments will be made with immediate effect.

Minister Creed said, "We are very fortunate in Ireland in having a voluntary sector dedicated to animal welfare and the organisations in receipt of today’s funding, together with their staff and volunteers, provide great support and commitment to protecting surrendered, abandoned and at-risk animals."

The Minister urged those who are considering getting a pet this Christmas to consider adopting an animal from one of the many reputable rescue organisations.

Minister Creed acknowledged the great work undertaken by staff in his own Department on animal welfare matters and stated that he and his officials will continue to work closely with animal welfare groups.  He reminded the public of the dedicated email address and helpline in operation in the Department of Agriculture, Food and the Marine for members of the public to report incidents of animal neglect and cruelty.

Animal Welfare Helpline:
The helpline will be monitored regularly over the holiday period.
The phone number for the Helpline is:
Call Save: 0761 064408
Phone: 01-607 2379
Dedicated email address - animalwelfare@agriculture.gov.ie

Also read: There will nine adults homeless in Longford this Christmas