Speeding problems to be tackled in south Longford 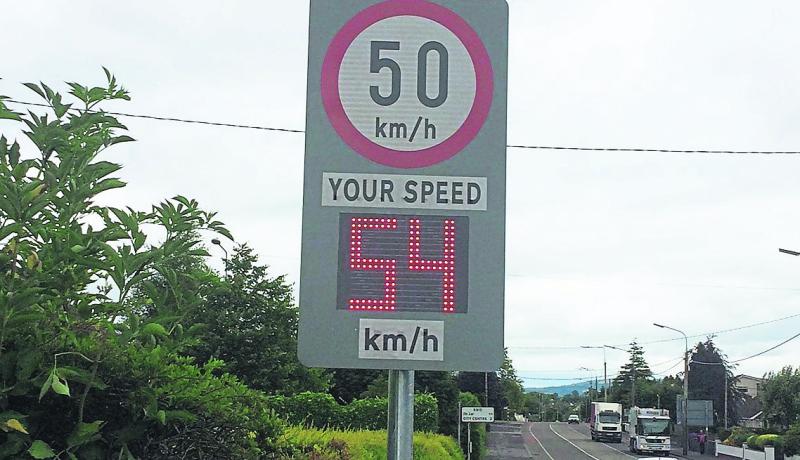 Local politicians in south Longford have voiced their concerns over speeding with calls for increased signage and and other traffic calming measures to be implemented in high risk areas.

Speeding has become a very serious problem in south Longford and needs to be addressed, according to local councillors.

A recent meeting of Ballymahon Municipal District heard three motions regarding speeding in various parts of south Longford, with councillors insisting that there is an urgent need to address the problem.

Cathaoirleach of Ballymahon Municipal District Cllr Paul Ross was the first to raise a motion about speeding, proposing that speed ramps be installed at Smithfield Crescent Housing Estate in Legan “in the interest of public safety”.

“There's a creche out there and OPDs, and there's a lot of concern about children playing in the area,” Cllr Ross told his fellow councillors last Thursday afternoon.

“Speed ramps are the only solution to slow down traffic.”

Lanesboro Cllr Gerard Farrell immediately agreed, stating that speed ramps are a “tried and tested” method of slowing down traffic.

“Ramps are the most successful speed-reducing thing out there,” he said, to murmurs of agreement from his council colleagues.

He later divulged to the Leader, “It seems a no brainer that speed ramps are the best solution. They’re a bit annoying when you’re driving, but they work.”

Longford County Council's Executive Engineer, Paul Newell took the comments on board, but said that all other options for enforcement of speed limits should be considered first.

“Ramps should only be chosen if no other suitable means can be used,” he said, stressing that ramps cause a lot of noise when cars cross them and would also slow down emergency vehicles.

Cllr Farrell responded by referring to the series of speed ramps near the Albert Reynolds Peace Park in Longford Town, which are “small and insignificant”, adding that “noise should not be a problem”.

However, Mr Newell stressed, policy dictates that all other options need to be considered first - namely signage and lighting.

“I suppose we'll have to rumble on for another while,” joked Cllr Ross but, speaking to the Leader after the meeting, he expressed his disappointment that a policy, which was clearly in place for the main roads, was being cited for such a small housing estate in Legan.

“Signage is no good unless you have enforcement. And you won't have the gardaí sitting in an estate to enforce it,” he said.

“There are kids out playing in the estate who feel like they're in a safe space, but it's not safe at all. I don't agree with Paul's (Newell) assessment at all.”

Cllr Colm Murray called on the council to install a sign at the entrance to each side of Kenagh village along the R397, to stop people from speeding into the residential areas of Kenagh.

“There is a speeding problem coming into the village. There are a lot of housing estates on either side with young children,” he explained, stressing the need for two speed detection signs in the interest of public safety.

His Lanesboro colleague, Cllr Gerard Farrell had a similar motion for the Ballymahon Road in Lanesboro.

“There are two big housing estates and a school on the approach road to Lanesboro and we're two years looking for a sign there,” he said.

Both motions received firm support from the rest of the councillors present with Colehill Cllr Mick Cahill pointing out that “obviously, every village has speeding issues” and that the signs were badly needed in the areas mentioned.

“It's good to see our new engineer supporting this,” said Cllr Ross, prompting a jovial response from his colleagues.

“He didn't speak yet,” Cllr Murray pointed out.

Executive Engineer Paul Newell broke his silence then to show that he did, indeed, support the councillors in their bid for speed detection signs.

“I propose we get three signs - two for Kenagh and one for Lanesboro,” he said.

“We'll get the ball rolling around September, October, but it's recommended that they're moved around every three weeks.”

The councillors expressed their approval of Mr Newell's proposal, with Cllr Ross and Cllr Cahill joking that the signs should be moved out to the Colehill and Legan areas around election time.