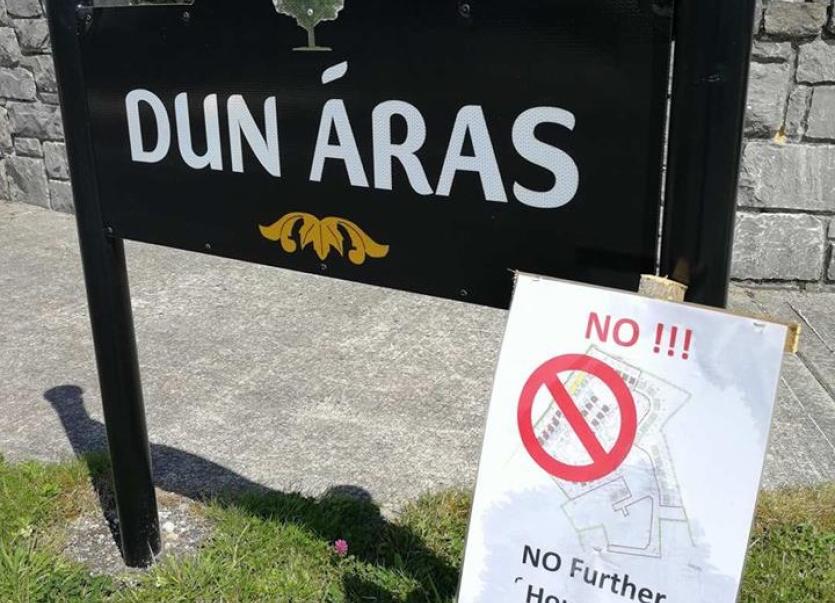 Ballymahon residents have triumphed this week following a year-long battle against local engineer, Mark Cunningham, and the County Council’s decision to grant him permission to develop 39 new houses in the Dun Áras housing estate on the Ballymulvey Road.

An appeal to An Bord Pleanála was successful, with the decision to refuse permission for the development being reached on Friday, June 29 last, on the grounds that the subject site is served by a road without pedestrian and cycle access to Main Street Ballymahon.

In making a decision, An Bord Pleanála considered that the subject site is served by a road network, which is substandard in light of the non-provision of public footpaths and cycleways along the Ballymulvey Road.

"The proposed development would, therefore, endanger public safety by reason of a traffic hazard."

Residents of Dun Áras and surrounding areas have yet to be officially informed but, when approached by the Longford Leader this afternoon, Seán Clancy of the Dún Áras Residents' Association said rumours of their success have been spreading through the town.

"The residents are delighted by the reported news. The struggle against this has taken a hard toll on our community and we're delighted that the Bord appears to have seen the reason behind our arguments that the council ignored," he said.

"In terms of the quality of life of the Dun Áras and Ballymulvey residents, we can now go back to enjoying our community and not be in fear that the entire structure of our daily lives will be torn out at any day!

"In a bigger sense, of course, it's fantastic news for the residents, Ballymulvey and everyone in Ballymahon, all road users on the N55, as it'll mean that extra traffic won't be trying to negotiate the extremely dangerous junction with Main Street, and the people of Ballymahon can continue to enjoy the walks and amenities in Ballymulvey without the additional fear of additional traffic."

Mr Clancy added that his comments are based on well-established sources, but stressed that the Bord has yet to officially inform third parties of its decision.

Going forward, though, he said that the residents will lobby the council to get the land rezoned, so they're not looking at the same struggle again next year.