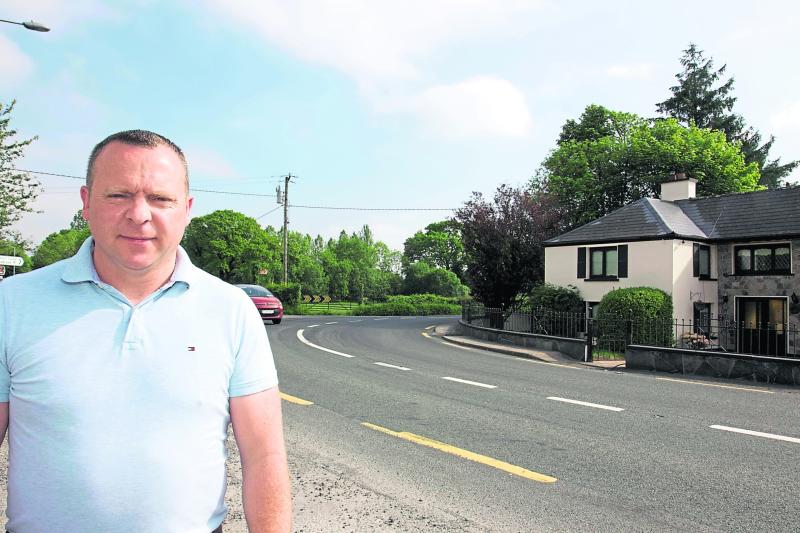 Irish Water left unfinished works in the Drumlish/Killoe area and Cllr Martin Mulleady says municipal district members need to write to the water entity and find out what is going on.

A war of words erupted at the recently held Granard Municipal District meeting when it emerged that Irish Water had left water restoration works in the Drumlish/Killoe area unfinished.

Cllr Martin Mulleady (FF) was the first of the District’s members to bring the matter to a head.

He asked why Irish Water had been allowed to leave the area before the works had been completed.

Director of Services, Longford Co Council John Brannigan then told the meeting that while there were reasons for the contractors leaving, those reasons were not up for public discussion.

“Well I am proposing that we write to Irish Water and ask them why those works are not finished,” fumed Cllr Mulleady, before pointing out that he had never been agreeable to the establishment of the water entity in the first instance.

“This is not good enough - these type of works should have been left in the hands of Longford Co Council, not with Irish Water.”

Meanwhile, the local area representative in Drumlish said that it was also important to point out that while the water issues were far from over in his locality, he was, however, very pleased with the latest spate of roadworks that had been carried out.

“You cannot fault the work that has been done on the roads in Drumlish; it is work that was done well and is making life a lot easier for people, I can tell you,” he added.

Cllr Michael Carrigy (FG) then asked the meeting if additional funding would be made available under this year’s Roads Programme.

Area Engineer, David Coppinger told those gathered that he doubted very much that extra funding would be forthcoming and indicated that if it did, the funds would be used for the upkeep of the public roads network.

“My primary concern is the public roads network, however, if the weather was to go against us, then perhaps we might then focus on the Local Improvement Scheme (LIS),” he said.

“It would be later in the year anyway before we would even be getting to that.”

Cllr Carrigy then pointed to the fact that 75%-80% of the works that needed to be carried out in the county were necessary in the Granard Municipal District.

“That is why I am asking about additional funding,” he added.
“If there is any possibility of more funding, then we would appreciate it.”