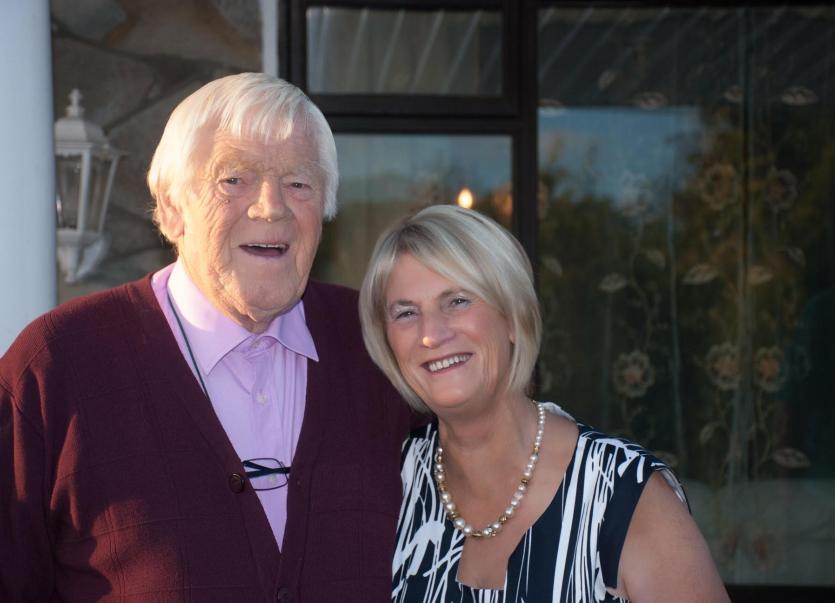 The late Tom and Rose McBride

A special memory mass for the late Big Tom McBride and his wife Rose, will take place on Sunday May 20 in St Patrick’s Church, Oram at 4.30pm.

It was 2011 though, the year when the Monaghan man descended on the Marquee in Drumlish that Declan says is one of his fondest memories of all time of Big Tom.

“That night Big Tom arrived into the Marquee with his band The Mainliners and together they lifted the roof off,” he explained.

“There is no doubt in my mind but that night will live on in the hearts and minds of numerous Co Longford people for many years to come.”

He said the initial feeling that night when Big Tom began performing was one of disbelief.

“It sounded so good and when Big Tom came on stage and sang ‘Four Country Roads’ it was unbelievable.” Declan said.

“That particular night there was a lot of young people at the Marquee - Oxygen had been on that weekend and a lot of people stopped off in Drumlish on the way back from there.

“Some of them spoke to me after Big Tom’s performance that night and they told me that they had never experienced anything like it in their lives.

“Now that was a serious endorsement not just for the country music scene but also for Big Tom himself and it is a night that has stayed with me ever since.”

Watch Also:   WATCH: Big Tom sings 'Going out the same way you came in' at funeral of Noel Cassidy in Ballinamuck, Co Longford