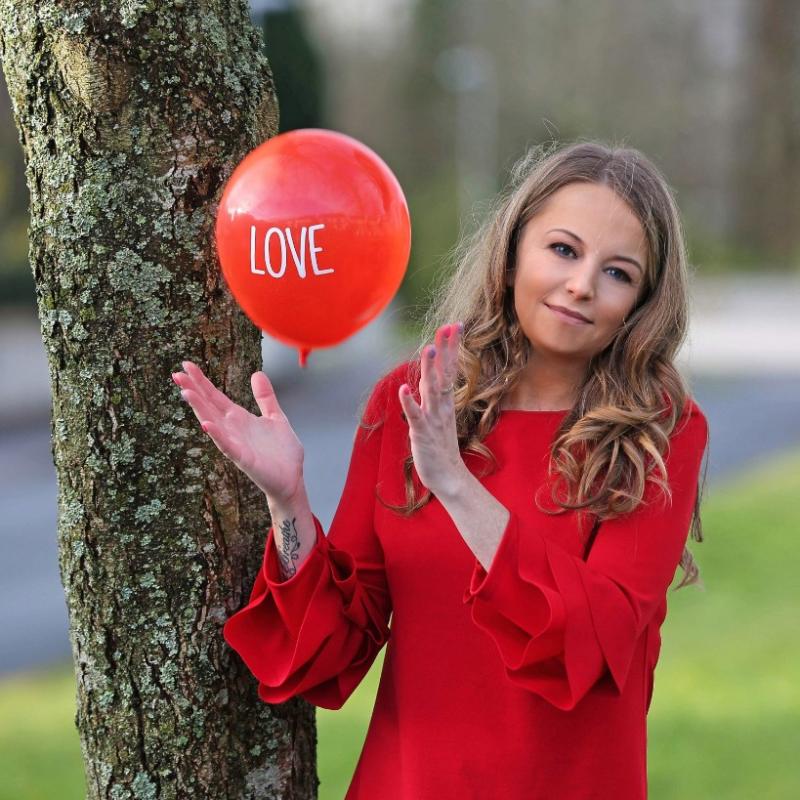 Longford's Jillian McNulty has been named as one of seven 'Inspirational Role Models' for the young women of Ireland by IMAGE Magazine. Photo by Shelley Corcoran

It has been a busy couple of weeks for Longford Cystic Fibrosis (CF) campaigner Jillian McNulty who admits that’s “a good thing” because the distraction helps her to focus better.

Jillian was speaking to the Leader on Monday after the 2017 Longford Person of the Year was named as one of IMAGE Magazine's Seven Inspirational Role Models for young women in Ireland.

The local CF campaigner was also a special guest of Dublin Lord Mayor Mícheál Mac Donncha at the Mansion House recently where Cystic Fibrosis Ireland (CFI) honoured her for the efforts made during the Orkambi campaign.

And then to top it all off, Jillian found herself raising some much needed public awareness about organ donation and its importance after the matter was raised with her on the Ray D’arcy Show.

“Ah sure lookit, all of this is a bit surreal to be honest with you,” she smiled in conversation with the Leader this week.

“I couldn’t believe it when I was told I had been chosen for an Inspirational Role Model award; I really am delighted and honoured.”

Meanwhile, the event in the Mansion House was one she enjoyed very much.

“CFI honoured me at an event hosted by the Lord Mayor of Dublin in the Mansion House recently and it was a wonderful occasion for me,” the local CF campaigner continued.

“The event was really about the work that I did during the Orkambi campaign, something that I am very proud of.”

On the night, Jillian was presented with an award for her work by CF Ireland CEO Philip Watt.

Most recently though it’s her public campaign to raise awareness around the whole issue of organ donation that has captured her appeal.

And, it all began quite simply, as she said herself, when the opportunity arose as she was chatting on the Ray D’arcy Show last month.

“I have been quite sick this year and I was discussing this fact on the Show,” the Longford woman continued, before pointing out that April is in fact Organ Awareness Month.

“When I was sick earlier this year, my consultant sat down with me and said ‘Jillian it’s time to consider a transplant’.

“Well, you could have blown me over with a feather; I’m facing the possibility of a lung and kidney transplant, and at the moment my kidney function is just 28%.

“When it reaches 15% I will need a transplant at that point and that is very daunting for me because there is a danger that I could go into kidney failure in the meantime.

“And that is a concern.”

Meanwhile Jillian has received an outpouring of support, so much so that seven people have already come forward and offered to donate an organ to her if they turn out to be suitable candidates.

“I’m in a situation now that I have to start looking for a live donor, so a plan of action will have to be put in place,” she smiled, before acknowledging the seven candidates who will be tested for suitability in the coming weeks.

“Once they have been tested we will take it from there.”

Jillian is currently organising a public talk in Longford town around the whole area of organ donation and further details in respect of that will appear in local media closer to the time.

But for now, the Longford CF campaigner remains focused and determined.

“This past month or so has been a whirlwind,” she added.

“It has been great really.”