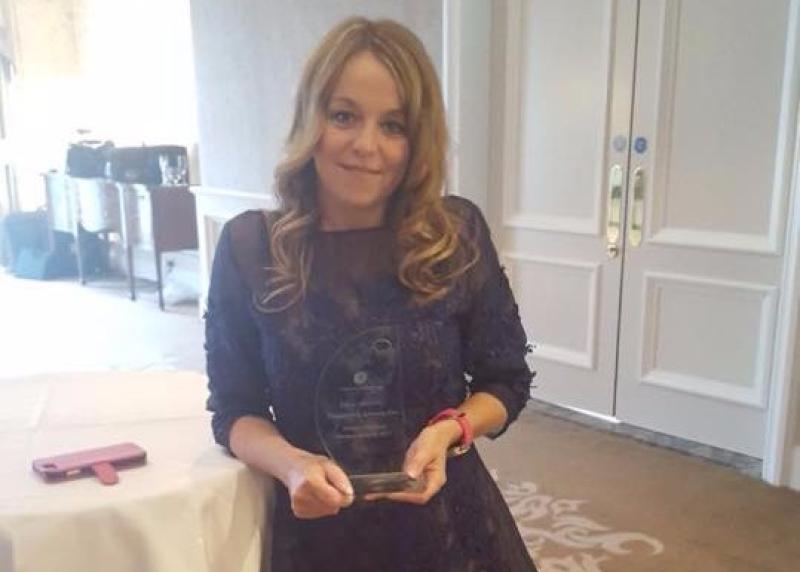 Jillian McNulty from Longford has been named a Hidden Hearing Hero at this year’s national awards presentation in Dublin today.

The young Longford campaigner was among twenty national winners, recognised for ordinary and extraordinary acts of kindness, community, and determination that make a difference in Irish society.

Jillian suffers from CF and has campaigned for the rights of CF patients for the past 10 years.  Recently she fought for the new drug Orkambi to be available to CF patients in Ireland.  She led the media and political campaign, showing how Orkambi had changed her life.  In April 2017, Jillian won her campaign and the drug was approved.

Jillian put hours and hours of work into the cause and her mother Finola, who nominated her for the award, couldn’t be more proud of her, saying “She doesn’t realise the real significance, but Jillian will literally save countless lives now that Orkambi has been made available to patients”.

Presenting the national award, Stephen Leddy, Hidden Hearing’s Managing Director, said that people like Jillian McNulty are to be celebrated for their immense and selfless acts on behalf of others.

“Our Longford winner has a lifelong tradition of helping others, particularly those with CF, and is a remarkable example of how great things can be achieved when we are determined and focussed”, Stephen Leddy said.

Other winners in the 2017 Hidden Hearing Heroes Awards included Cork mother Vera Twomey, who campaigned for cannabis-based treatment for her daughter Ava, who suffers from a severe form of epilepsy.

82 year old Joe MacAvin from Killiney in County Dublin, who is a co-founder of the 3Ts suicide prevention charity, was also honoured at the Heroes award ceremony.

This year’s Healthcare Hero is Dr Phil Halligan, based at the School of Nursing, Midwifery and Health systems in UCD in Dublin, for her support of students registered with a disability.

Also recognised in the Healthcare category is Watermans Lodge, a day care and respite centre for people with Alzheimer’s, in Ballina, Co Tipperary. Their award was accepted by Christina McKenna.

A member of the Dublin-based coast guard helicopter was also honoured, as were young heroes 11-year-old Archie Naughton from Roscommon, who has Duchenne Muscular Dystrophy, and a big hearted nine-year-old, Kara Rose Black from Buncrana in County Donegal, who has raised thousands for charity and donated her own hair to make wigs for children having cancer treatment.

Open to young and old people from all walks of life, the Hidden Hearing Hero Awards has been run since 2011, and invites nominations from members of the public in a number of categories.

The awards scheme is supported by Hidden Hearing, but nominees are not necessarily deaf or hard of hearing, according to Stephen Leddy.

“Hidden Hearing backs the Heroes awards programme because, like our hearing, special people are sometimes taken for granted, and are maybe not fully appreciated until they’re not around”, he said at the 2017 awards presentation.

Hidden Hearing also made a €2,000 donation on the day to Crumlin Children’s Hospital, which was accepted by Dee McMahon, Financial Director of the hospital.

Broadcaster Mary Kennedy was MC at the glittering awards presentation in the InterContinental Hotel in Dublin.