It's the kindness in the country music scene that shines brightest 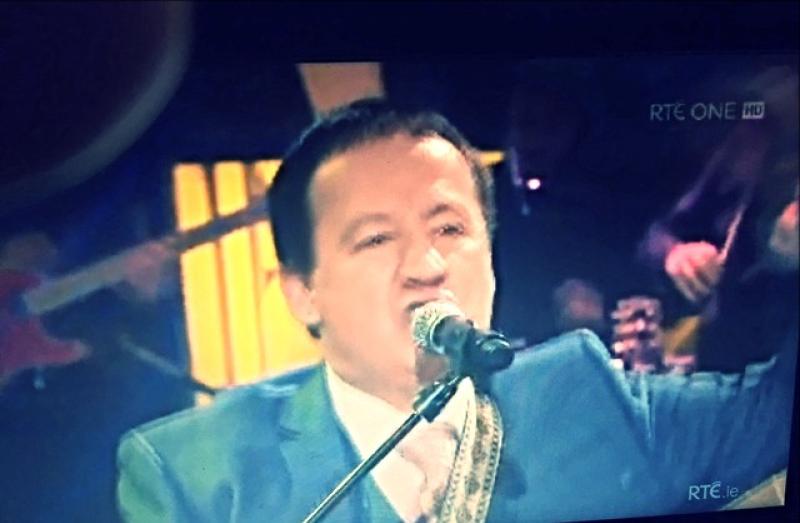 Declan Nerney performing 'Stop the World and Let me Off' in tribute to Big Tom on the Late Late Country Special.

While, Longford Country Singer Declan Nerney’s rendition of ‘Stop the World and Let Me Off’ served as a wonderful tribute to the late Big Tom McBride on last night’s Late Late Country Special, it was perhaps his passion for, and love of, the music when he spoke, that resonated most with the thousands of people across the country that tuned in to watch proceedings.

Declan said that over the last few days as tributes came pouring in for Big Tom, one of the underpinning questions throughout, was ‘What is this country music all about?’.

“Analysing and reflecting on it all today, I think it is an awful thing in your life if you don’t get country music because it is part of what Irishness is about and the whole story of glad, happy, sad - it’s all in there,” the Drumlish man who has had hits with The Marquee in Drumlish; Ballad of Big Tom, Anna from Fermanagh and Galway John, to mention but a few, added.

The north Longford country singing sensation went on to say the music provided refuge and solace for the soul!

Watch Also:  Big Tom sings 'Going out the same way you came in' at funeral of Noel Cassidy in Ballinamuck, Co Longford

“An Irish man is lucky if he is blessed with that talent to be able to dig in there when he needs that little bit of refuge.

“Whatever it is, country music has got it and particularly country Irish music.”

Meanwhile, it’s no secret that there has been a huge revival in the country music scene in recent years, so when Late Late host Ryan Tubridy suggested to Declan last night that it was the element of ‘kindness’ within its community that shone brightest, the Longford Country Singer left the audience in no doubt about how true that was.

“It goes back a long way,” smiled Declan before pointing to the influences and depth of the music.

“It goes back to the Famine and to the times of the Great Ballads - songs like The Moon Behind the Hill; Noirín Bán, great tunes that would have come up through the Ceilí bands.

“It was the Ceilí bands that took it so far and then country music came along and continued it.”

Meanwhile, the man synonymous with ‘The Hooley in Sun’ gig  - which incidentally kicks off this year from September 22-29 said country music did for Ireland what Riverdance had done for traditional music!

“Ninety percent of Riverdance is still traditional Irish music; it gets to a wider audience world-wide and has lifted the stage-level, the country and our people,” added Declan.

“Country and Irish Music has that same sentiment as well - it’s in the roots of country music America Style.”