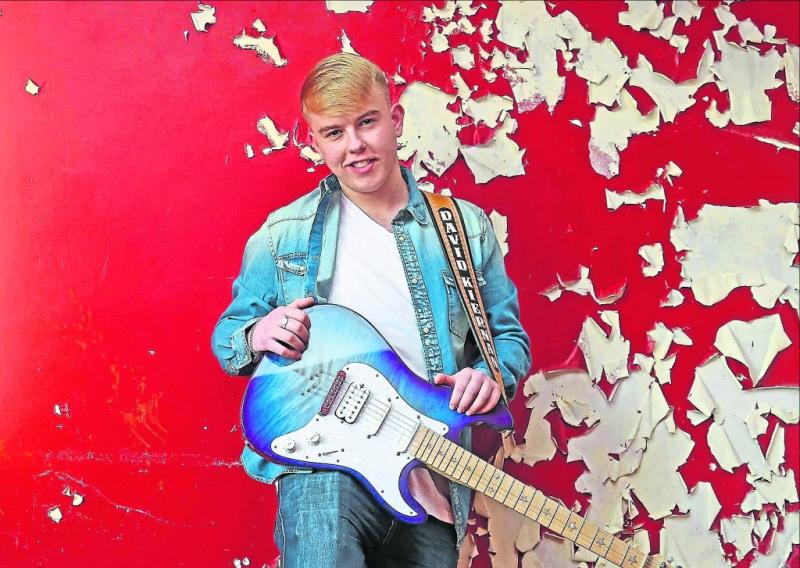 Mick Flavin has been a huge influence in David Kiernan's musical style.

It's no secret that country music is popular in Longford and the latest potential star to come from the county is none other than Ballinamuck native, David Kiernan.

In 2016, David became known for his song 'Travellin' to Flavin', which he wrote about fellow Ballinamuck country musician, Mick Flavin, who he said helped give him a leg up in his career a number of years ago.

Looking Back
“I was always performing as a kid in school shows and then I joined Evolution Stage School and that’s when I really started performing and doing shows,” David told the Longford Leader last week.

“I’m really into country music and when I was 15, I met Mick Flavin. He was doing a fair in Ballinamuck and I told him I was a singer and musician.

“So we exchanged numbers. He rang me a few days later and asked me if I wanted to support him at the Backstage Theatre.

“And then he rang me again and asked me if I wanted to be on Frank Kilbride’s show on Irish TV, which is now Country TV. So I did that and then I started paying in pubs and stuff.”

From there, David's music career picked up and he started to get more and more gigs.

“Mick Flavin helped me out a lot, so I wrote a song about him. It used to get good airplay and was played a lot on Shannonside and a few other stations.”

Since then, he's written a few more songs and created an album, which will be released this Monday, April 23 at the Breffni Arms.

'For the Love of a Song’

“The album is called ‘For the Love of a Song’, which is actually the name of the fifth song on the album, and it’s all about a musician’s love for playing music,” said David.

“There are 10 tracks on the album - four have been released as singles and there are six unheard songs.”

The album was recorded with Paul Gurney in Real World Studios.

Dancing starts at 9pm sharp and admission is €10.

The album will be on sale on the night and if you want to keep up to date with David, you can follow him on Facebook: @DavidKiernanMusic

You may also like:  WATCH: Big Tom sings 'Going out the same way you came in' at funeral of Noel Cassidy in Ballinamuck, Co Longford