Countdown on until Longford ploughing championships 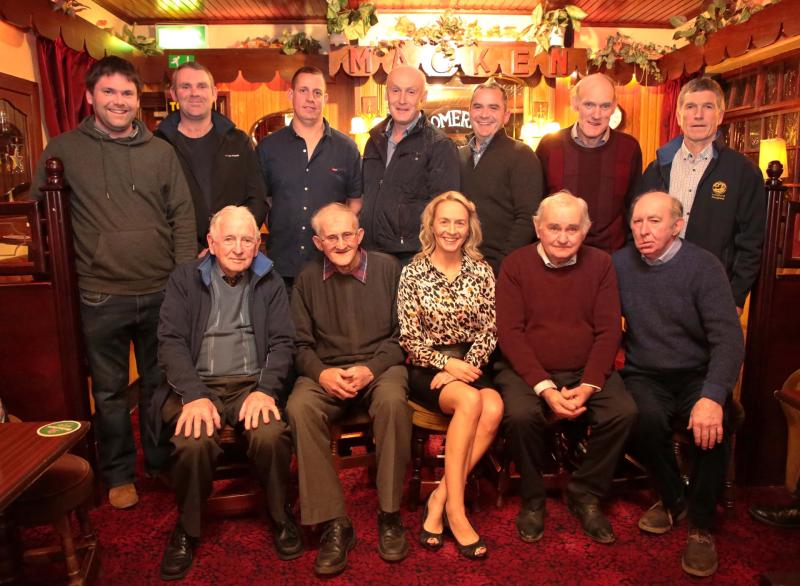 The countdown for the 2020 Longford ploughing championships is officially on, as the launch was held on Wednesday last, March 04, in Macken’s Boomerang bar in Granard.

Committee members, sponsors, this year’s host family and special guest Farmer Phil were present on the night to kickstart final preparations ahead of the main event on Sunday, March 22.

All were welcomed on the night by Longford ploughing association (LPA) chair, Cynthia Geelan Cruise, who thanked everyone involved for the huge effort they put in each and every year to make the event a success.

She said: “I welcome everyone here for the launch of our ploughing matches on Sunday, March 22.

“To all of our sponsors, everyone here and our members, thank you for coming and your support every year.”

Host family for this year’s ploughing matches is Syl and Marian Kiernan from Granard. The championships will take place on their lands in Abbeylara and represents a proud moment for the family.

Syl Kiernan told attendees of the huge honour it is to host the event.

“I am looking forward to the occasion. It is a great honour to have it on our farm.

“My father would be extremely proud of it coming to Granard on Kiernan land.

“It is going to be a mighty occasion and hopefully the weather keeps,”

Cllr PJ Reilly spoke of his delight at the return of the ploughing to Granard on the back of a very successful event on the lands of the Durkin family in 2019.

“I am delighted to see it in my own parish of Abbeylara. Thanks to the LPA for choosing the site and I hope everything goes well on the day.

“There is an awful lot of organising involved and only when you are involved, do you see all the organising that has to be done. Well done to everyone.”

“It is great to see it back in Granard.

Longford IFA chair and committee member Gavin White said the IFA are delighted to be back on board.

“This year the IFA are sponsoring the ploughing and we are also bringing along AgriAware’s mobile farm, with a meet and greet stand.

“Both myself and the IFA are delighted to be involved. Our Deputy president Brian Rushe is going to be there, as well as Nigel Reneghan, and our new development officer John Hanlon.”

To draw the launch to a close, PRO of the LPA, Luke Casey, thanked Kiernan Milling for coming on board as main sponsors for 2020 and chair of the committee Cynthia Geelan Cruise for her dedication to the association.

He stated: “I must compliment Cynthia on keeping us all together and all working hard for many years now and many years to come.

“I would also like to thank Kiernan Milling for their sponsorship and all of the support they gave us last year and this year so far.”

Attendees were also informed of a number of exciting events taking place in the locality in the lead up to the ploughing on Sunday, March 22. This includes: the Novice Ploughing, which takes place on Charlie Burns farm on Saturday, March 14, and the Queen of the Plough dance - which takes place in the Abbeylara community centre on Saturday, April 04.

A student workshop was scheduled to take place on Tuesday, March 10, however, it was cancelled due to fears of the spread of Coronavirus. As of Tuesday March 10, the novice ploughing match will still go ahead.

Mr Casey then confirmed the attendance of Stuart Moyles and Alex Roe as special celebrity guests at this year's championships, while also confirming that Dodderside sheepdogs will return this year, not to mention a jiving competition to take place and many other fun attractions.

A retirement social will also take place for longtime treasurer of the Longford ploughing association, Edrie Mills, who is stepping down from her role after many years of dedicated service. Not only did Edrie act as treasurer of the association for a number of years, but she has also made the sachets for the Queen of the Plough since she became involved.

The event is being held in Ms Mill’s honour on Thursday, March 12, in the Rustic Inn, Abbeyshrule. LPA chair, Cynthia Geelan Cruise, praised Edrie’s longtime commitment to the association.

She stated: “I have worked for eight years with Edrie and I can only praise her professionalism and commitment to Longford ploughing.

"She has been a fantastic servant.”

The stage is now set for the big day on Sunday, March 22, bring on the sunshine!