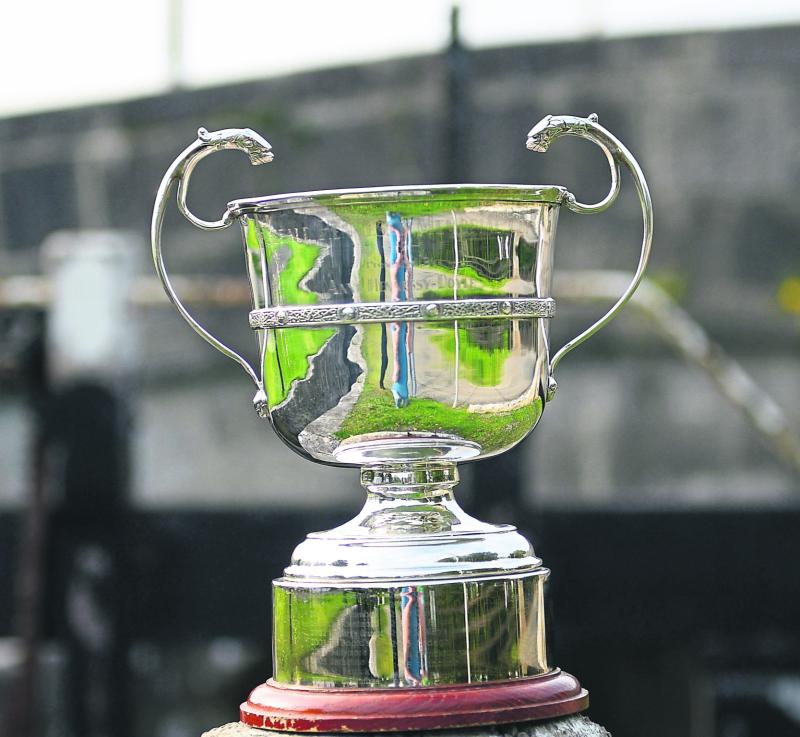 Who will lift the Hennessy Cup on Saturday? Ballymahon or St Brigid's Killashee

The south Longford clubs will battle it out for the Hennessy Cup at Glennon Brothers Pearse Park this Saturday (throw-in 3pm) and while Killashee will sorely miss their deadly attacker Darren Carberry, there is also some bad news for Ballymahon in their quest for Intermediate glory.

Key forward Kyle Fitzmaurice was sent-off after receiving a straight red card in the closing minutes of the semi-final showdown against Ardagh Moydow and thus he is suspended for the big match which is a big blow for Ballymahon such is his scoring ability.

Carberry, on the other hand, has been out of the action since sustaining a serious arm injury in the group stage clash against Cashel in the middle of September and St Brigid’s will probably be hard pressed to retain the title without him.

Carberry, of  course, scored the two crucial goals in stoppage time to clinch the win (2-12 to 1-9) over Ardagh Moydow in a dramatic finish to the Covid delayed 2020 Intermediate final which was eventually played on August 22.

Having said that, there is another ace in the Killashee pack with Longford senior player Dylan Farrell capable of causing considerable problems and his obvious quality was clearly reflected in the 2020 title decider when he received the man of the match award.

The lethal Farrell clocked up 1-7 (six frees) in the semi-final win over Sean Connolly’s in the 2021 championship and he can expect good support from Francie Dolan and Chris Dineen in the St Brigid’s attack.

Dylan’s older brother Michael will be hoping to make his presence felt at midfield in coming up against county regular Kevin Diffley and this intriguing duel could have a vital bearing on the eventual outcome.

The entire Killashee defence, backboned by inspired leaders in Cillian Lee and Johnny Casey, deserve a lot of credit for the major part they have played in a very exciting period for the progressive club and all the tigerish backs have developed into a very tight unit who will give nothing easy away.

There has been some transformation in the fortunes of the St Brigid’s club since Ray Curley from Ballyleague was first appointed the manager in 2015 and he has guided the ‘sash’ to championship glory in 2016 and 2020 during his two different stints at the helm.

But Curley will be very cautious about the challenge his side are facing against a revitalised Ballymahon side who really showed their worth in the fine win over a fancied Ardagh Moydow outfit in the semi-final.

One of their own, Alan Hudson, is the Ballymahon manager and the former player knows exactly what it takes to win championship titles.

Alan was a member of the last team from the south Longford town to capture the Intermediate title back in 1998 and he also collected a senior medal when his club were crowned county champions for a historic first time in 2002.

The current Ballymahon team will be going all out to make amends for the bitter disappointment of the 2-14 to 0-11 defeat against Fr Manning Gaels in the 2019 Intermediate final with the powerful Kevin Diffley leading the charge for another crack at championship glory.

Another of their vastly experienced players, defender Emmet Finn, played exceptionally well in the recent win over Ardagh Moydow alongside Mark McCormack and Matthew Daly in the half-back-line while the hard working John Nevin will be determined to make a big impact at centrefield.

The physically strong Ballymahon side will be depending on another of their experienced men Mark Connor for the vital scores while Thomas Mulvihill and Eddie Noonan can also figure prominently up front in the bid to amass a winning tally.

It will matter little that St Brigid’s beat Ballymahon 1-18 to 1-8 in the final round of the group stage as both teams had already qualified for the last four prior to that rather meaningless match.

In the final analysis the opinion is that there could be very little separating the sides in the finish but Killashee, on the strength of their 2020 title triumph, may just have the edge over Ballymahon.

Man stole money from people with an intellectual disability in Midlands