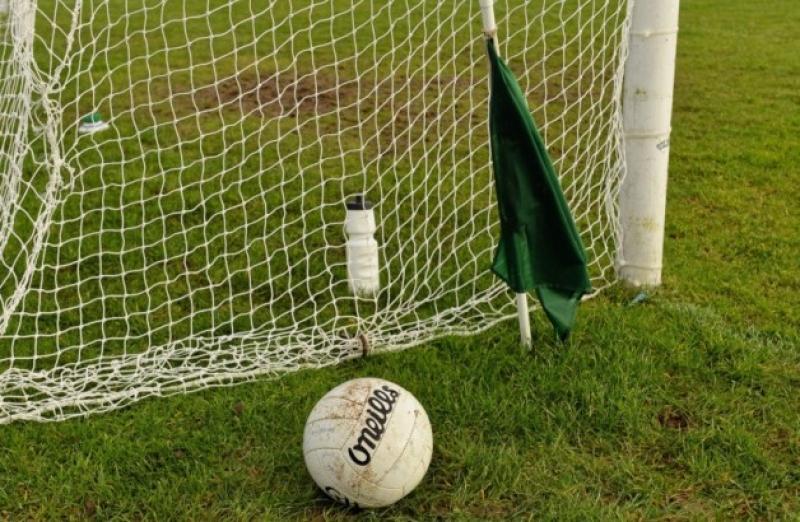 The GAA’s Standing Committee on the Playing Rules has issued a list of proposed experimental rule changes for Gaelic Football.

If approved by Coiste Bainistíochta, the proposed rule changes would be implemented as a trial during the 2019 Allianz Football Leagues. Any trial rules would not feature in the 2019 Championship but, based on their success in the trial phase, could be approved for implementation in the 2020 Championship.

Also read: Longford IFC: No separating Ardagh/Moydow and Rathcline as the final replay ends all square after extra-time

There are five rule changes proposed. They are:

Handpass - To introduce a restriction of three consecutive passes of the ball with the fist or open hand by players of the team in possession.

That the ball shall be played in a forward direction from the kick.

In the case of a side-line kick being taken by an attacking player on or inside the opponents’ 13m line, the ball may be kicked in any direction.

The Mark – To extend the application of the Mark to the clean catching of the ball on or inside the 20m line from a kick delivered on or beyond the 45m line without it touching the ground.

In the case of a Mark being awarded to an attacking player on or inside the 20m line, the free, if availed of, shall be taken from the point on the 20m line directly in line where the Mark is awarded.

In the case of a Mark being awarded to a defending player on or inside the 20m line, the free kick, if availed of, shall be taken from the point where the Mark is awarded.

The application of the Mark in the two areas of it arising (i.e. as in current Rule and in new Proposal) shall be standardised as follows:

* Up to 15 seconds shall be allowed for a free to be taken from a Mark.

* A score may be made from a free awarded for a Mark.

* The normal Rules governing free-kicks shall apply (e.g. players being 13m from the ball before it is kicked).

A free-kick from a Mark shall be taken from the hand(s) only.

If a player opts to ‘play on’ when awarded a Mark, he may be challenged i.e. provisions (b) (i) and (ii) of the current Mark Rule shall not apply during the experimentation.

The maximum number of substitutions in normal time to return to five.

The Duties of a Referee and Sideline Official to be amended in accordance with this Proposal.

For a kick-out, two players only from each team shall be positioned between the two 45m lines.

The goalkeeper and a maximum of six players from each team shall be behind the respective 45m lines, until the ball is kicked.

The ball from the kick-out shall travel beyond the 45m line before being played by a player of the defending team.

Other Rules relating to the kick-out to remain unchanged.

(1) For another player on the team taking a kick-out to play the ball before it has travelled outside the 45m line or has been played by an opposing player.

(ii) Throw in the ball on defenders’ 20m line in front of the scoring space.

(2) For a player to cross a 45m line before the ball is kicked for the kick-out.

(3) For a player(s) to, in the opinion of the referee, deliberately seek to delay the kick-out by not retreating behind the 45m lines in a timely manner.

Penalty for the above Fouls:

A 45m free off the ground and in front of the scoring space shall be awarded to the opposing team.

(4) For a player(s) of each team to simultaneously cross the 45m line(s) before the ball is kicked from the kick-out:

The SCPR is chaired by David Hassan. He said: “In advance of this document there was extensive research carried out including detailed consideration of video footage, data provided on inter-county games from 2011 to the current season, and discussion on the part of the Committee’s members during the course of the year.

“Proposed changes are designed to enhance the core skills of Gaelic Football. The Committee will now embark on a period of consultation with all of the key stakeholders involved in the playing of our games. This feedback is important, and we also know that the ultimate test of any proposals is when we see them implemented on the field of play.”

Communication was also sought from all 32 GAA county boards as well as overseas units seeking feedback on the existing playing rules of Gaelic Football, as well as holding a meeting between the SCPR and the Chair of the Referees’ Development Committee.

It should be stressed that these proposals are on an experimental basis only and will be subject to a review.

During 2018 much of the Committee’s focus has been on Gaelic football. It has also reviewed the playing rules of Hurling as well as a number of other areas that span both codes and will consider these in much more detail during the second and third years of its three-year term.

The Standing Committee on Playing Rules is comprised of:

Also read: Longford to play Wicklow and Louth in the 2019 O'Byrne Cup