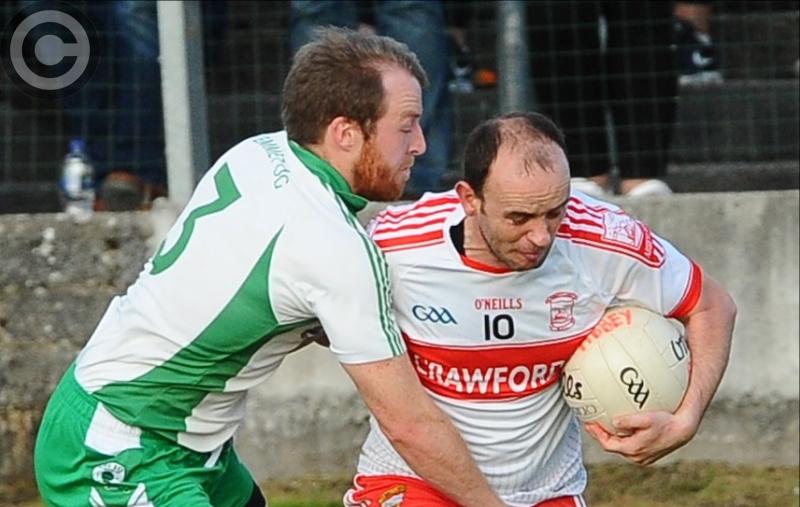 Brian Smyth on the ball for Abbeylara in this tussle with Killoe defender Padraig McCormack. Action from the SFC quarter-final at Glennon Brothers Pearse Park on Saturday evening. Pic: Declan Gilmore

Showing the greater urgency for most of the match a highly charged Abbeylara side came storming back in the closing stages to spring a surprise against Killoe in the Senior Football Championship quarter-final at Glennon Brothers Pearse Park on Saturday evening.

Despite kicking a total of 16 wides during the course of the game Abbeylara (without the injured Robbie Smyth) were not going to be denied a deserved victory and produced a tremendous finish to register 1-2 with substitute Padraig Berry scoring the decisive goal in the 59th minute.

That proved to be a shattering blow for Killoe who had held a comfortable 1-4 to 0-1 lead approaching the half-time break with Sean McCormack firing home a well struck goal in the 6th minute, weaving his way through after receiving the ball from Denis McGoldrick.

While Emmet Og, shooting a total of seven wides, can make no excuses for their unexpected defeat they certainly missed the suspended Paddy Kiernan and the injured Larry Moran in crashing out of the championship.