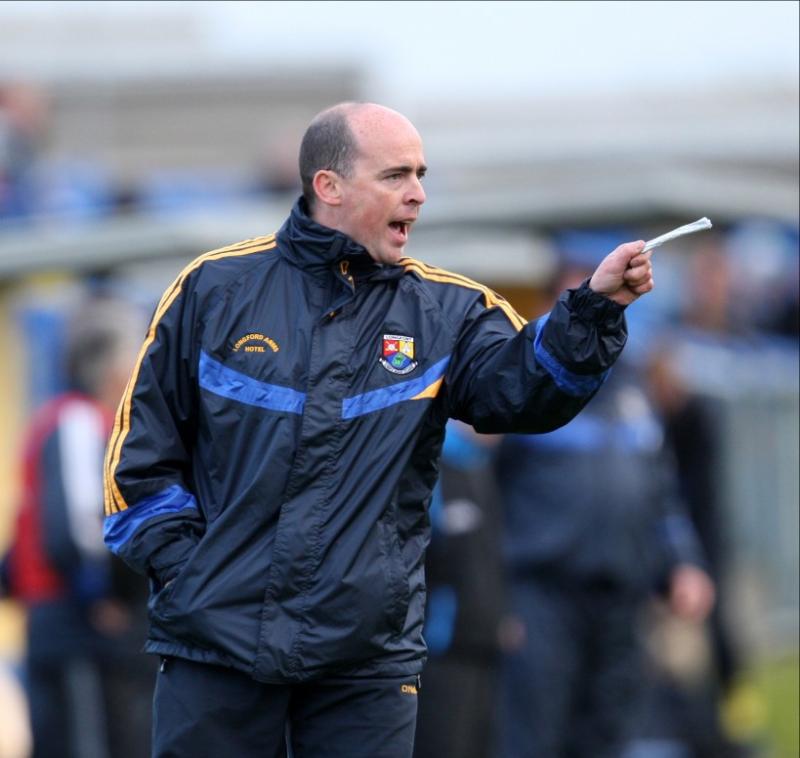 Padraic Davis is poised to become the next Longford senior football manager, succeeding Denis Connerton, who stepped down after three years in charge.

Longford GAA County Board confirmed this afternoon that the former Longford and Fr Manning Gaels star player will be formally proposed for ratification as the new supremo.

They announced via Twitter: “The subcommittee tasked with seeking a new Longford Senior Football Manager have today completed the process and will be proposing the name of Padraic Davis for ratification by Coiste Chontae.”

Padraic, who runs a successful auctioneering business, is a very experienced club and inter-county coach / manager.

After he hung up his playing boots, he managed his home club St Vincent's to a Longford minor football championship title in 2010.

That same year he was the forwards coach to the Longford minor team which won the Leinster championship, defeating Offaly by 0-14 to 0-10 in the final at Croke Park.

He was manager of the Longford Under 21 team, which he led to a Leinster Final in 2011, but they disappointingly lost out to Wexford by a point. He was also Longford Junior manager during this time and was a coach/selector with the Longford Senior team in 2011, 2012 and 2013, working alongside manager Glenn Ryan, which won division 3 and 4 national league titles in 2012 and 2011, respectively.

Padraic enjoyed considerable success during his stint as manager of Mohill in neighbouring Leitrim. He took the reins there in 2015 and masterminded two senior championship triumphs, two U-21 Championships, as well as three Senior leagues in a row.

So he certainly brings an impressive CV to the Longford hotseat.

Also cast your vote: Vote for your Ganly’s Longford Sports Star of the Month Award winner

Forty-two year old Padraic also enjoyed a glittering career with club and county. He wore the Blue and Gold with distinction from 1995 to 2007 and he was Longford’s leading scorer for many years. He won an O’Byrne Cup medal in 2000 as Longford defeated neighbours Westmeath by 2-6 to 0-7 in Mullingar and he also lined out with Leinster in the Railway Cup Inter-provincial competition.

He was an integral cog in the Fr Manning Gaels side that won four Longford Senior Football Championships, including a memorable 3 in a row from 1996–98 and before they landed the Sean Connolly Cup again in 2001.

The subcommittee tasked with seeking a new Longford Senior Football Manager have today completed the process and will be proposing the name of Padraic Davis for ratification by Coiste Chontae.