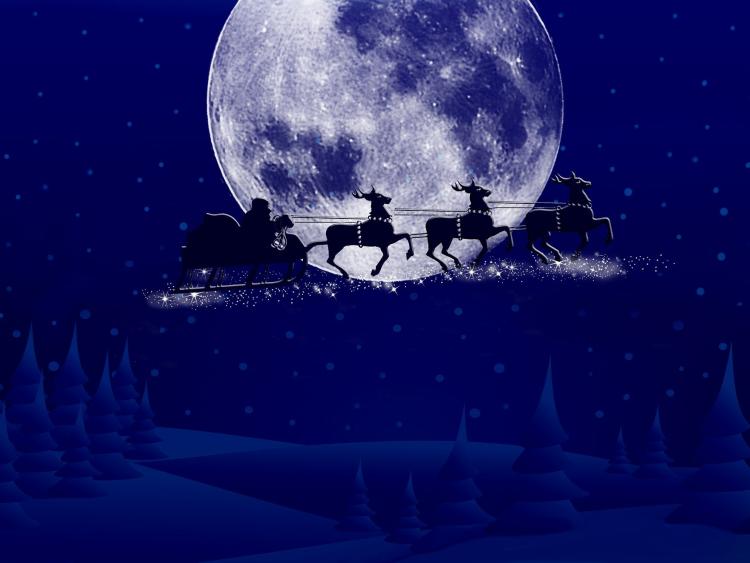 Children all over Longford will be relieved to hear that Civil Air Ireland have granted Mr and Mrs Santa Claus authorisation for ‘multi-point landings’ across Ireland in a ‘low flying sleigh’ tonight, December 24, 2019.

WATCH | Santa's all set for his journey to Longford tonight

Minister for Transport, Tourism and Sport, Shane Ross said; “Santa and Mrs Claus called me this morning and I was happy to inform them that the Claus family’s famous electric Christmas Sleigh has been granted permission to enter Irish air space from 5pm this evening.

"Permits have been issued for Rudolf, Dasher. Prancer. Dancer, Vixen, Comet, Cupid, Donner and Blitzen. There were concerns that Blitzen had sustained a knee injury in last week’s World Reindeer Sleigh-pulling Championship (held annually in Helsinki and won this year by Iceland), but the North Pole vet has checked him out and ruled him fit to fly. In addition, my aviation chiefs have assured me that the sleigh has been checked (twice) and is fully air-worthy and ready to circumnavigate the globe.”

As in previous years, Santa will undergo a voluntary breathalyser test. However, this year Mrs Claus will also take the test as she has kindly agreed to share the sleigh driving with Santa. They explained to Minister Ross; “Last year Mrs Claus accompanied Santa as his chief navigator and enjoyed the trip so much that she took extra sleigh driving lessons during the year and now has a full licence to fly!"

Christmas Gig Guide 2019: What's on in Longford this Christmas

Neither Santa nor Mrs Claus will indulge in any alcohol until they are all safely back at home in front of the fire, when they will have a small glass of their favourite Irish whiskey. And they are appealing to every other Irish driver out there NOT to drink and drive, saying; “Please, please leave the car at home if you’re having a drink or two. There have been far too many lives lost already this year due to the cruel irresponsibility of people who still drink and drive.”

Minister Ross said; “I’m glad to say that the MBRS (Medical Bureau of Road Safety) have confirmed that both Santa and Mrs Claus breathalyser tests for drink and drugs were negative this morning.  I echo their pleas for people to refrain from drink driving and wish everyone a peaceful and happy Christmas.”