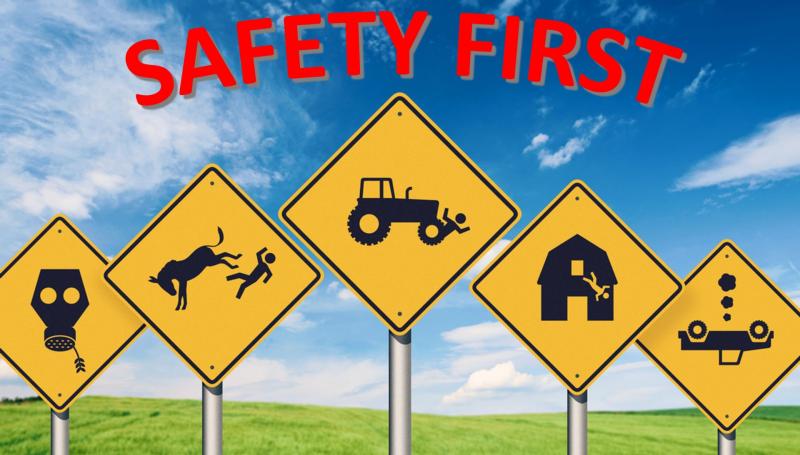 Longford IFA chair Gavin White, is set to open the gates to his farm on June 19 as part of an Irish Farmers’ Association (IFA) farm safety meeting.

The event will cover topics such as livestock safety, first response, quad and machinery safety, and kicks off from 7pm.

Gavin White explained, “Its taking place on my own farm yard near Abbeyshrule. We are going to have Ballymahon Fire Brigade out.

“They are going to do a first response demonstration, for those who may be unfortunate enough to come onto an accident.

“We will also have someone here focusing on livestock safety, Vincent Nally. It is a very topical subject all of the time, unfortunately.” the Longford IFA chairperson said.

The event will also focus on the use of trailers, the correct weight distributions for each trailer type and more.

“We are going to have a representative from an Garda Síochána also.” Gavin told the Leader.

“We are going to have three jeeps and trailers, a van and trailer, a car and trailer and show the proper weight distributions when towing a trailer using each of the vehicles.

“We will also cover topics such as snatch cables, lights, brakes and stuff like that.” Gavin added.

Raymond Dooley of Next Generation Farm Safety will also be on hand on June 19, talking all things quad safety, just as he did with Ballymahon Vocational School in recent weeks. Teagasc will also have representatives in attendance.

William Shorthall, IFA Health and Safety executive, will too be in attendance at the event and along with him, will be four farmers participating in the IFA’s pilot ‘peer to peer’ farm safety programme.

“If they see the advantage of this pilot programme first-hand, there is nothing stopping them from doing it themselves.” Gavin remarked.

Gavin noted the importance of an event such as this one, especially in light of the many recent farm tragedies throughout the country and encouraged as many people as possible to attend.

“It is open to anyone that is interested enough to come along. No pre-registration required, it is run by the IFA and everyone from the farming and non-farming community are more than welcome to come.

“We are at the start of the school holidays, so juniors are more than welcome to come along as well.

“If everyone that comes only takes one small thing from it, then that’s great,” he concluded.