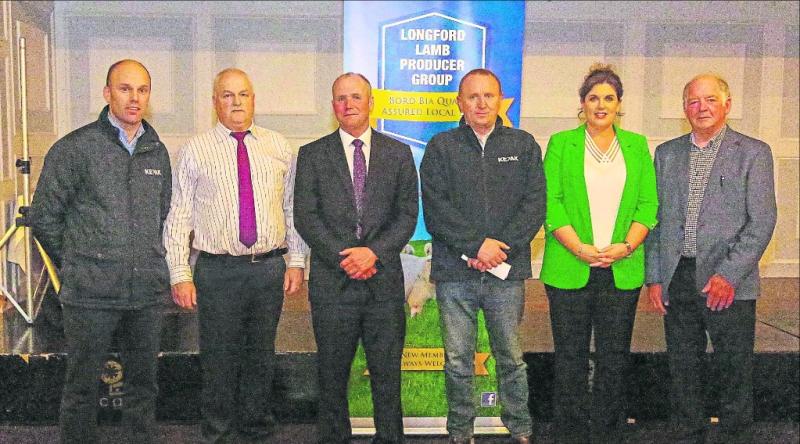 If anyone is short of fodder or needs fodder, then fodder can be got,” Séan Dennehy, IFA National Sheep Committee Chairman told members of Longford Lamb Producers Group at their AGM last Thursday night.

The newly elected sheep chairman also informed the large gathering at the Rustic Inn, Abbeyshrule, that while the fodder crisis was not as bad on sheep farms as it was on cattle farms, it was necessary, nonetheless, that a clear message went out from the meeting that no farmer would be found wanting.

“If you are short of fodder, we can get fodder for you and there is no need for farmers to be short of fodder either,” Mr Dennehy continued, before pointing out that the Department of Agriculture, Food and the Marine was currently working to address the matter.

He also told the meeting that IFA was committed to providing farmers “who are in dire straits” with supplies.

Mr Dennehy, meanwhile, also pointed to the importance of farmers rallying together and helping each other out during the current difficulties.

“Look after people that are under pressure,” he added.

“Give them a helping hand; let them know they are not alone, and that there are others in the same situation; give them that bit of help.”

The Cork sheep farmer went on to say that sheep prices have exceeded all expectations this year and it was a good time to have hoggets and spring lambs despite the fact that the numbers are slightly back on previous years.

“The amount of spring lambs on the ground is back on other years and they will be slow coming on because the weather hasn’t been great, but I do think that we are looking at a good year ahead in terms of sheep price,” he continued, before warning that numbers weren’t on the ground because of the losses suffered throughout the last 12 months.

“There has been more ewe and lamb losses and lambs haven’t thrived - we have to get through this year and just make the best of what we can from what we have.”

Meanwhile, it was a good year for Longford Lamb Producers Group which now has the full support of IFA, Kepak and FBD Insurance.

Supplies into the local meat plant are on the increase and prices are good, chairman Joe Esler told members during the AGM.

“As the old saying goes; ‘Many hands make light work’, so the more we stand together, the better outcome we will have,” the chairman continued before pointing out that membership of the Group continues to increase with each passing year.

“The fact that our membership is increasing is a very positive sign and our last supply figures show that we have well in excess of 10,000 sheep supplied to Kepak - a remarkable increase on this time last year.

“I want to thank all the farmers for their support and loyalty to the Group; united, we are far stronger.

“I am confident that we negotiated very well on price and I look forward to the year ahead and working with you all.”