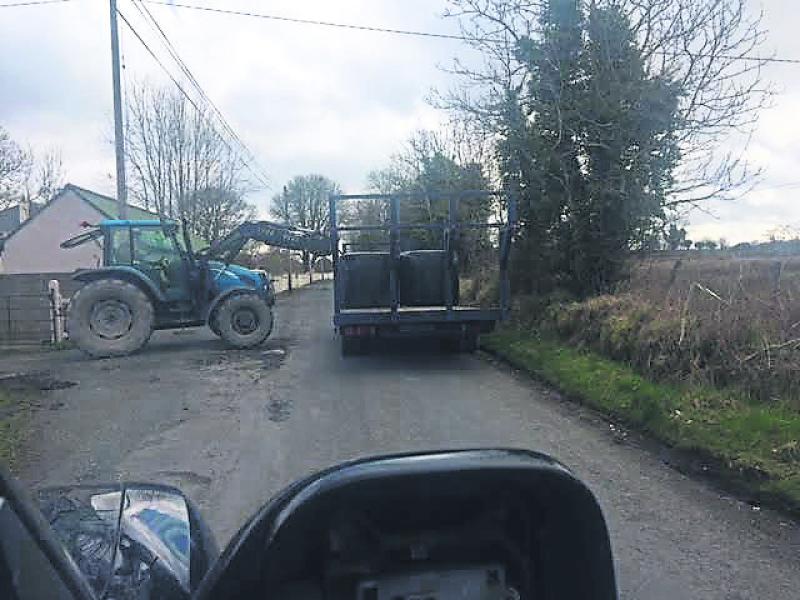 A Longford farmer's crusade to come to the aid of those in fodder-stricken areas has become an online sensation as arguably the worst crisis to engulf the local agricultural industry continues to take hold.

Moyne farmer Mark Maguire began sourcing straw, hay and silage as far back as last November when it first became evident that the fodder crisis was beginning to seep into large swathes of Longford and Co Leitrim.

Those endeavours saw his campaign dubbed 'No Fodder, No Bother’ before later being christened ‘In Bother, No Fodder' as his efforts spread to assisting hard-pressed farmers in counties Cavan, Westmeath and beyond.

His exertions across the midlands and north east region has seen him enlist the services of Longford County Councillor and fellow farmer Paraic Brady.

"If we find good silage, we will pay for it there and then and bring it back for the farmers in the area," he told the Leader this week.

Despite the announcement of a €1.5m Fodder Import Scheme, Agriculture Minister Michael Creed has continued to come under sustained pressure over the Government's handling of the crisis.

Irish Farmers Association (IFA) representatives lambasted the timing of the measure,saying it was "too little, too late" for an industry struggling for its very survival.

John McGuinness of McGuinness Animal Collection Service in Edgeworthstown conceded that unless there was a dramatic upturn in recent weather conditions, the outlook for affected farmers remained bleak.

“It’s very wet; the ground it wet, growth is slow and farmers can’t get their cattle out - it's a very difficult time for farmers at the moment.”