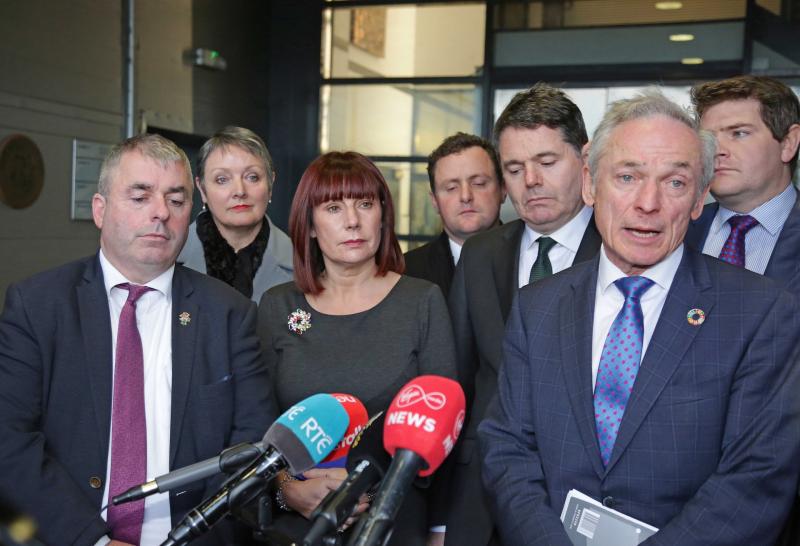 The Just Transition Commissioner Kieran Mulvey has already received two expressions of interest from 'significant companies'  in the manufacturing and food sectors.

Deputy Burke stated: "The first report of the just transition by Kieran Mulvey is trying to devise new jobs in the energy sector in Longford and Westmeath. The impact of the company closure on those families who have worked for generations in Bord na Móna cannot be underestimated.

"I was with the Minister last year in the Lough Ree power station. There we saw first hand the impact the closures were having. I welcome the just transition report. Future Governments need to continue to resource it to ensure we can diversify.

"I also welcome the potential creation of 600 jobs in the region.

"It was heartening to hear Kieran Mulvey during the week refer to two expressions of interest he has had already from significant companies in the manufacturing and food sectors. That needs to be followed up with our stakeholders, be it Enterprise Ireland, IDA Ireland or the local authority.

"It is important we are strategic and ensure we take advantage of all opportunities that are presented.

"I welcome the fact Bord na Móna has won the tender for the bog restoration project which will provide 40 jobs in the area. It is important the midlands retrofitting scheme is resourced. I welcome the fact the Minister said it has the potential at least to create 400 jobs in the region. This is very close to my heart.

"The Lanesboro–Ballyleague town team along with Councillor Gerard Farrell have been on to me about working with key stakeholders. These are community people who have a view about shaping their community and working to take advantage of any schemes provided by the Government."

Replying to questions in the Dáil, Minister for Communications, Climate Action and Environment Richard Bruton revealed that "the National Parks and Wildlife Service's bog restoration programme will create 40 jobs. Bord na Móna has won that tender.

"The advanced rehabilitation of Bord na Móna's bogs will create more than 200 jobs. The company intends to start that work before the end of the year.

"The retrofitting of homes in the midlands will provide 400 jobs.

"We are taking definite steps to ensure that workers in Bord na Móna have the opportunity to reskill to obtain those jobs. We are seeking to create employment opportunities for those who are displaced."