First call for proposals under the €11m Just Transition Fund 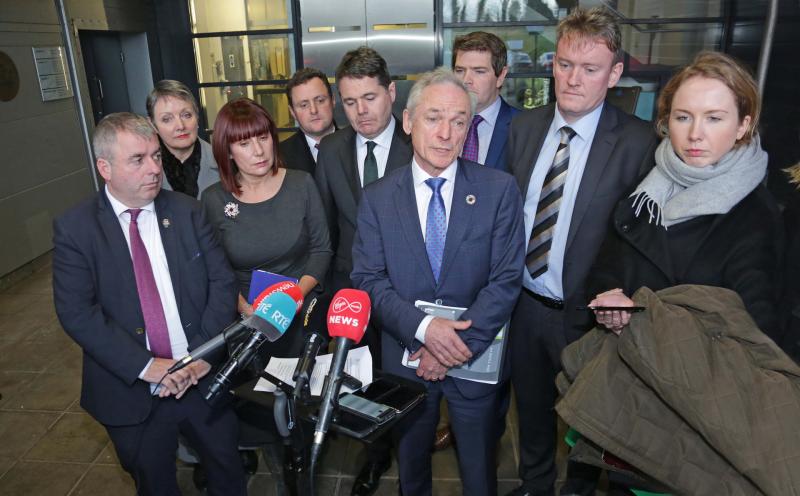 The first call for proposals under the €11m Just Transition Fund following the publication of the first Progress Report of the Just Transition Commissioner, Mr Kieran Mulvey, yesterday, Friday, May 22.

Having previously set out five key priorities for the Fund, including retraining workers and proposals to generate sustainable employment in green enterprise in the region, Minister for Communications, Climate Action and Environment Richard Bruton TD launched the call for proposals.

Minister Bruton said, “I am acutely aware of the impact an early exit from peat is having on workers and their families and on the Midlands more broadly. Like many other businesses, Bord na Móna has also been severely impacted by the Covid-19 pandemic which is compounding this impact. Securing sustainable employment opportunities for the region and a just transition for those most severely affected must be at the heart of our response.

“A detailed implementation plan will be prepared in response to the Report’s recommendations, however I believe we must take urgent action in some key areas. The Just Transition Fund is opening so we can get money to those who can make a big difference.

“I’d like to thank Kieran for his work to date. He has engaged with all those affected to come up with a comprehensive set of recommendations which will provide the essential elements of a Just Transition for workers and Midlands communities.”

Kieran Mulvey said, "There has been a very positive engagement from all the stakeholders in the region and it is vital now that the process can move rapidly to an Implementation Plan. I have adopted a " whole of Midlands " strategic approach with what I believe are practical actions across counties to maximise their infrastructural ,natural and human resources and building on their existing strengths.

"The first part of such a plan is to receive and evaluate employment projects in the Midlands that have green enterprise and other employment/tourism potential. This period has to be used also to finalise the critical pathways for the retention of employment in BNM/ESB, give certainty around the future structure of the workforce and to establish further employment opportunities in the region.

"I look forward to continuing to work locally with all the parties involved to achieve and deliver solid and recognisable community gains and to promote the Midlands and its potential".

The Report makes recommendations across a number of areas. A comprehensive implementation plan will be completed as soon as possible, facilitated by a Working Group chaired by the Department of an Taoiseach.

The Minister has taken the following immediate initiatives:

The Minister has asked that urgent action be taken on foot of the report’s publication.

A detailed implementation plan will be completed as soon as possible, with certain, high priority measures implemented before then.

The Minister also today provided an update on progress made in other key areas of the Just Transition Plan for the midlands:

Centre for Climate Change and Just Transition: Bord na Móna have been working with a number of partners to progress the establishment of a Peatlands Centre of Excellence which would focus on the role peatlands can play in climate mitigation and adaptation. In addition, there will be a strong focus on the just transition in supporting communities and SMEs in developing low carbon, sustainable and circular economy enterprises. These developments will be complemented by a Visitors Centre that promotes climate action. Funding has been applied for under the EU LIFE Programme. A number of Government Departments and agencies have also committed resources to the project.

The Minister also updated government about the preparation of the Climate Action (Amendment) Bill, which is undergoing detailed drafting at present.