Ronan O'Toole, helping to give a voice to film in Ballymahon 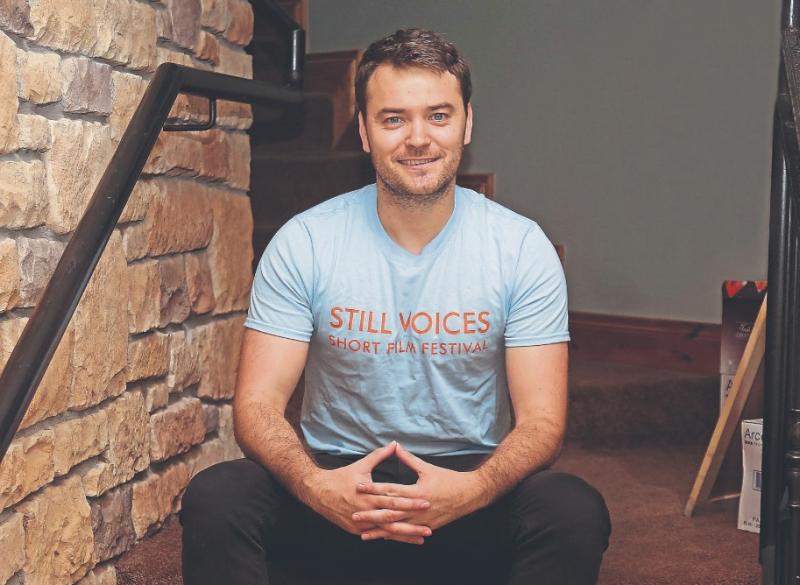 As part of this year's Aisling Children's Arts festival supplement, Michelle Laffan of Mercy Ballymahon caught up with Ronan O'Toole, of the Still voices film festival

The Still Voices Film Festival is one of the many cultural festivals that occur throughout the year in Longford. Ronan O’Toole, festival director, gave an insight into the festival and the benefits it brings to the town of Ballymahon.

Still Voices first began in December 2014, when co-founders Ronan O’Toole and David Colohan decided to showcase the talent of local filmmakers. They organised the Solstice Film Festival, a night of short films in Skelly’s Bar in Ballymahon. The night was a roaring success and so they organised another event for the following year, renaming it Still Voices.

Since then, the festival has shown no signs of slowing down, with over four hundred people attending in August 2019. Still Voices has quickly become one of Ireland’s premier short film festivals, attracting international filmmakers from countries such as France, Germany, Brazil, Mexico and America.

The festival showcases the work of both aspiring and established filmmakers and is a space for people in the industry to share and discuss ideas. It is also an educational experience, hosting workshops and talks on the filmmaking process as well as the craft of movie-making

“The purpose of the festival is to bring cinema to the local community and wider midlands regions. Currently, there is very little access to film outside of cinemas,” Ronan explained.

The festival doesn’t solely benefit culture in Ballymahon, it also has an extremely positive impact on the economy. Local businesses in the area all see an increase in trade over the weekend in August. Ronan O’Toole got his first taste of filmmaking while studying Web Development and Design in college. Although he always had a love for film, his interest in filmmaking and working in the industry came after he graduated from college.

Ronan believes that by introducing the art of filmmaking to children in primary school, young people will get more exposure to it and hopefully see it as a more viable career option for later in life. This year local animator Mary Smyth (who is also this year’s featured artist for the Aisling Festival) worked with three Longford schools to produce animations based on local myths and legends. Their work was screened as part of Cruinniú na nÓg and Still Voices 2019.

Ronan believes that promoting the arts and culture through programmes like Still Voices and the Aisling Festival is critical in order to increase the amount of people working in the arts.

“Through art, we can find ways to express ourselves where we may not normally be able to communicate through written words or language,” he said.

“For people who then experience the art, it should be something transformative; you feel or experience something that changes you in some way from the person you were before.”