The Doyles and The Donnellys will take part in RTÉ reality TV show. They are the first families from Longford to feature in the series.

It will see the Doyles from Longford battle it out in ‘The Forest’ at Kilruddery, against the Thompsons from Wicklow, the O’Rourkes from Galway and the Mahoneys from Wexford.

The episode features two brand new events - Sole Survivor and Back Against the Wall.

Only two families will make it through to the quarter-finals in ‘The Lake’ and for the other two, their time in the competition has ended at the first hurdle. 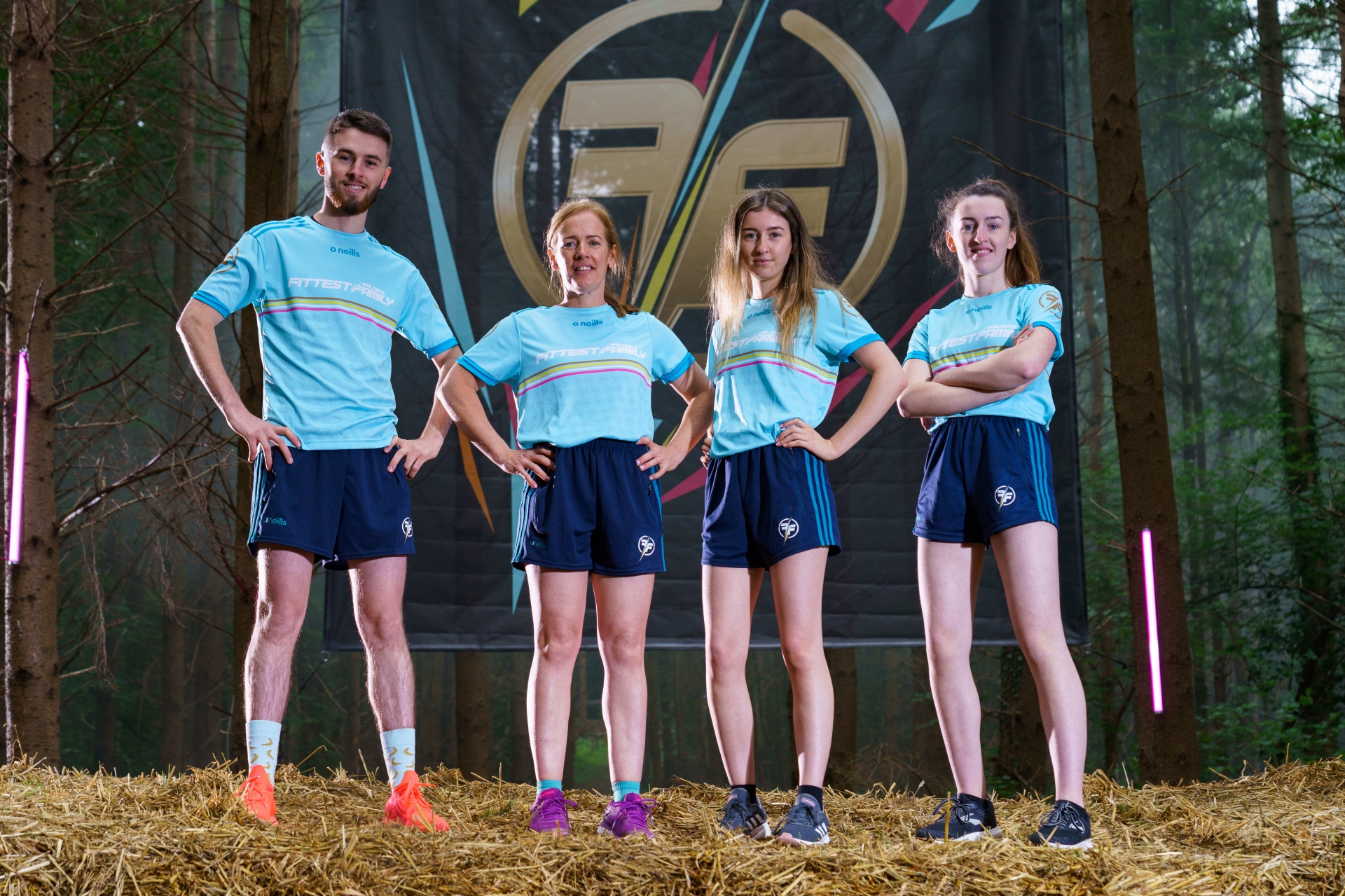 Ben is into triathlons. He is studying Sports Science & Exercise Physiology in AIT. Cycling is his favourite sport. He works part-time in a local petrol station and off licence. Other than sport his biggest hobby is online shopping.

Madeline is an avid runner and part time run coach. She loves food/cooking, so she exercises a lot for balance. She describes herself as an outdoors person. She works in a volunteer centre.

Emily has finished a two year course in beauty therapy. She works with Ben also. She likes running, but her biggest passion is swimming.

Molly is going into her final year in secondary school. She loves the gym and running. Molly is the biggest motivator in the house. When she wants something she won’t give up. She works part-time in a hairdressers.

Episode Three sees the 3rd of four heats in ‘The Forest’ and four new families and their coaches will go head to head for two places in the quarter-finals.

Donncha O’Callaghan’s Donnellys from Longford face off against Camogie legend Anna Geary and her family the Doyles from Derry, Davy Fitzgerald’s McDonagh’s from Mayo and Derval O’Rourke’s Cullens from Wexford. 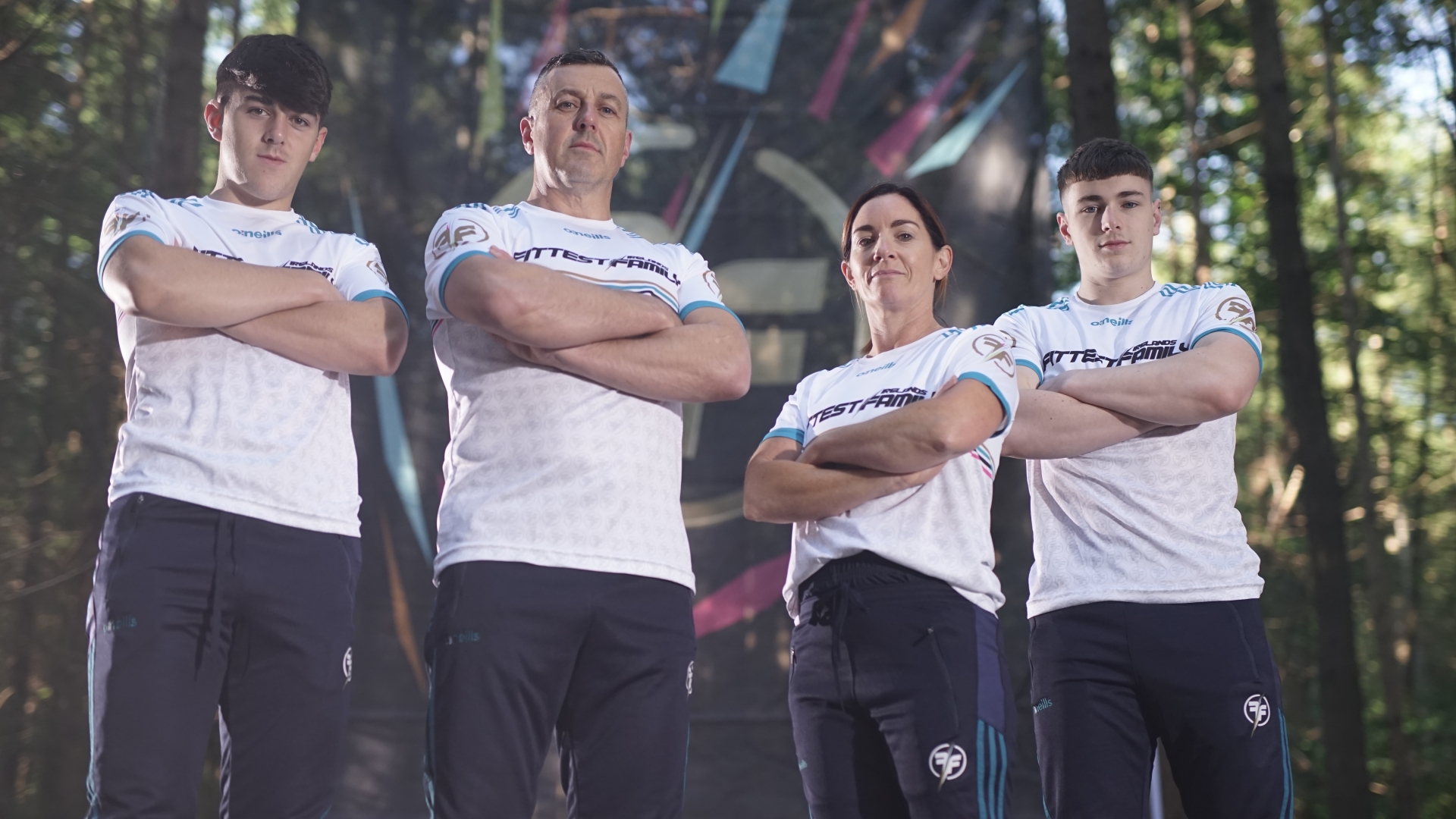 Adam has just completed third year. He is a very active young man and enjoys all sports. His favourite is Gaelic football. He’s on his club, county and school teams. He also loves to cycle.

David is a father of four, he is a sergeant in the Garda and would consider himself as a fit person. He runs 3/4 times a week and uses the gym. He used to play GAA and has managed underage teams to great success. He admits he has a big problem staying away from the fridge.

Sharon is a mother of four and works as a school secretary. She loves to keep herself active and loves the gym. She attends her local gym, 'The Fitness Factory', where she spins twice a week and does circuits and TRX on the other days. She is also a keen runner and loves to swim.

Jake is the eldest sibling in the Donnelly household. He has just finished his first year in DIT studying Science and is working in Dunnes part-time. He plays Gaelic football. He’s played football for his club at a senior and minor level, as well county U20 and on his college freshers team.

This series will see Anna, Davy and Derval working hard to prevent Donncha O'Callaghan from winning a 'two in a row'.

Having only won once in the previous seven series and finishing second in the last two, Davy Fitzgerald is particularly fired up to make this his year.

All the coaches are as competitive as ever, and in the new series they have some of the toughest families in the country taking on the most gruelling and physical challenges imaginable.

This year’s series of Ireland’s Fittest Family was filmed over the course of three weeks in August at the new hub at Hell & Back in Kilruddery, Co Wicklow.

Set across acres of land at the foothills of the Wicklow mountains, it is the perfect location to put the families through their paces.

All Covid-19 protocols were adhered to in the filming of the show as families were in pods and coaches socially distanced from their families.

The competition commences with 16 families from across the country, with the first four episodes being ‘Heats’ involving four families battling it out for two places in the quarter-finals.