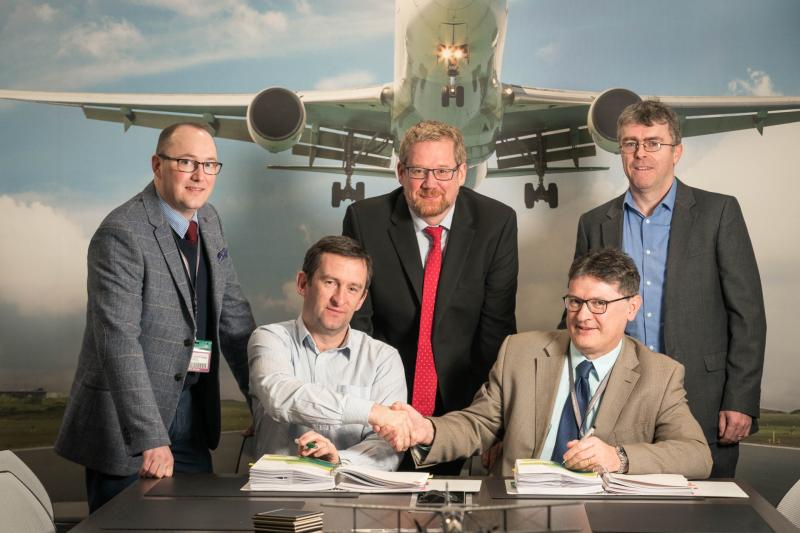 The main construction contract for the €11.2m rehabilitation of the Ireland West Airport Knock runway has been awarded to a joint venture comprising specialists in this area, Lagan Airport Maintenance, and Clare Civil Engineering Company Ltd, known as LCJV.

The appointment of the contractors follows their successful joint bid under an EU tender process. This design and tender process was led by Atkins Ireland following their appointment by Ireland West Airport as specialist consultants in 2018.

The project will cost €11.2m and is supported to the value of 75% of the total by the Department of Tourism, Transport and Sport with the airport funding in the region of €2.8m from its own funds to complete the project.

Preparatory works will begin immediately with main resurfacing works scheduled to start in May. The rehabilitation of the runway, which includes a complete resurfacing of the existing runway and taxiway surfaces, the removal and reinstatement of runway edge, centre line, and touch down zone lighting, ducting and other associated works. These works are scheduled to ensure that the runway at Ireland West Airport continues to meet the strict regulations governing the operation and specification of runways at major airports.

Runway 26/08, which opened in 1985 handles 100% of all flights at the airport and this is the first time in its 34-year history that the runway has had a full overlay.

This resurfacing works will take place overnight outside of operational hours over a three-month period. This work can only be undertaken at night as it requires the full closure of the airport’s main runway.

"We are delighted to award this key works contract to LCJV and to move together with our specialist consultants Atkins to the next phase of our plans to commence work on this project," said Arthur French, Chairman Ireland West Airport. The project is an essential investment in the future of Ireland West Airport in safeguarding the operation of the airport for the next 15-20 years. Runway 26/08 which opened in 1985, has seen over 10 million passengers land and take off on it and it is a critical element of the airport’s infrastructure. I’d like to acknowledge the continued support of the Department of Transport, Tourism and Sport for this project in addition to the support of, local representatives and our local authority stakeholders."

Upgrading the main runway is a complex logistical project as construction teams will overhaul a portion of the runway every night before it’s handed back to operations early each morning in time for the first wave of flights into the airport. The window for construction is only about five/six hours per night due to the set-up process required and the meticulous preparations for returning the runway to normal operations every morning.

Speaking at the announcement, Director of Lagan Airport Maintenance, Steve Turner, said “LCJV are thrilled to be appointed to deliver the runway rehabilitation contract at Ireland West Airport.  LCJV have an experienced and highly skilled team who are looking forward to working collaboratively with the full project team to carry out the essential infrastructure works enhancing the lifespan of the runway for many years to come."

Brian McKavanagh, Technical Director, Atkins Ireland, said, ‘‘We are delighted to be involved in this very important project and look forward to working in partnership with Ireland West Airport and the Lagan Clare Joint Venture through the construction phase. Ireland West Airport made the incisive decision at an early stage to develop and deliver this project through a transparent and collaborative agreement that allows for properly managed risk sharing. Atkins and their cost management team, Faithful+Gould, were able to use their extensive NEC experience to develop a procurement strategy that brought the successful contractor into pre-detailed design, early contractor involvement (ECI) and then into a negotiated contract for the main works. This process allowed for the mitigation of safety, programme and commercial risk and provides a strong foundation for the continuance of the partnering ethos through the construction stage. This strategy also ensured that the detailed design developed by the Atkins airfield team, drew all the benefits from the Lagan Clare Joint Venture’s long experience in the construction of airfields in Ireland and internationally.’’