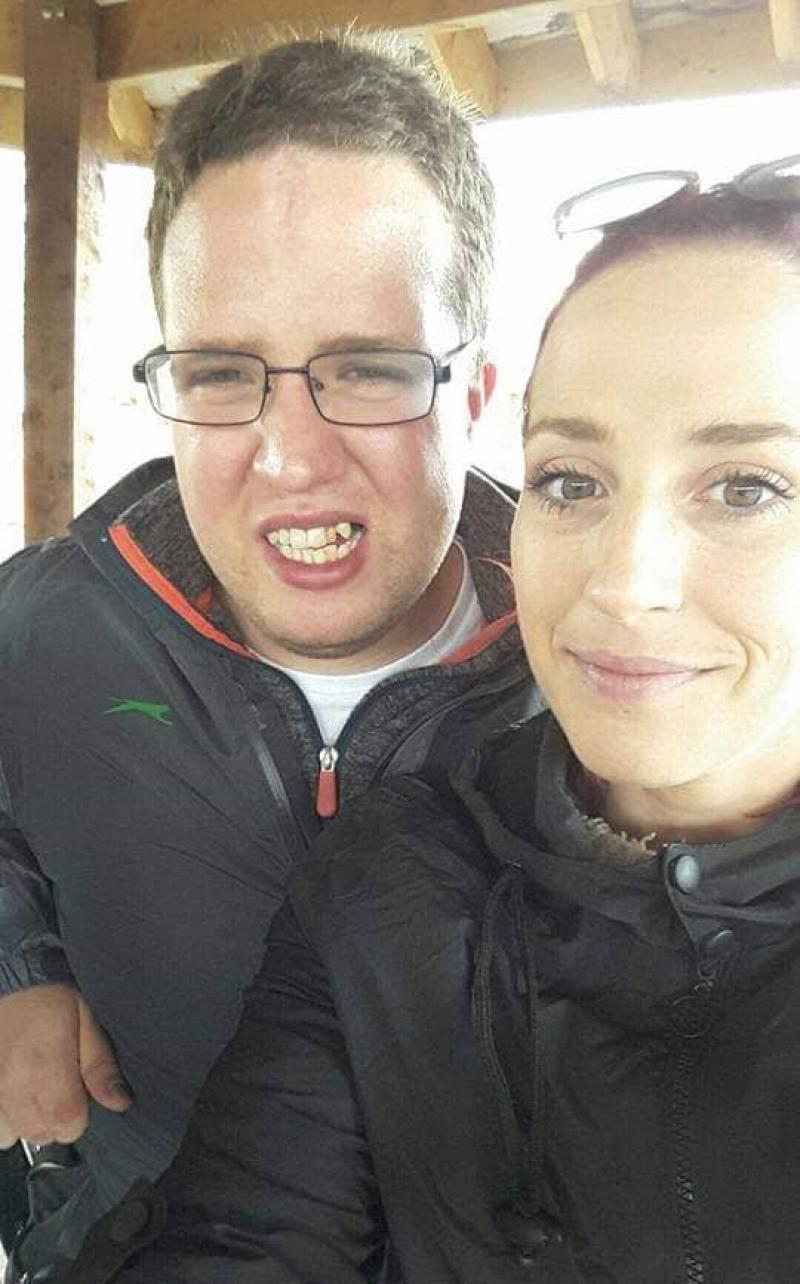 Kat and her brother James

The Mahon family have been forced to renew their calls to the government seeking a place in fulltime residential care for family member, James.

After previously seeking help from the HSE, the family were promised a place for James at a residential care unit at Oaklands in Longford. The HSE, however, say there are now no funds available.

James (28) has autism and the renewed calls for a place in the care facility come on the back of a recent incident which saw James injure himself. James had been staying with his sister Kat at the time, when suddenly his mood changed.

Kat explained: “Everything seemed ok, however, when I told James that he was heading home to Mam and Dad the mood changed, but just a little.

“He wanted to stay and hang out, but I had an appointment and I c ouldn’t bring him with me.”

Also read: End of an era for Longford Greyhound Stadium

This led to James going from what Kat describes as “0-100” in a flash, resulting in her brother injuring himself.

She said: “He was hitting himself so hard in the face that blood started coming from his mouth and nose, I really thought he had broken his own nose.”

This ‘outburst’ from James lasted in excess of 20 minutes. He was left bloodied and with bruising on his face as a result. One of Kat’s friends who was present at the time, was left in shock at the severity and sudden nature of the outburst.

“It was a big shock. My friend was present as well.

“She has known James for a long time but she was shocked at how severe and sudden it was,” said Kat.

Kat said the family feel that this latest incident is James’ way of informing them of his wishes to live an independent life and although he would never harm anyone else, they are still worried for the future.

Kat told the Leader: “One of the things that is very apparent with James now is that his resilience is now very low.
“With autism, there are things called sensory outbursts and James used to have his own coping strategies. That is something he doesn’t seem to have anymore.

“We used to see some sort of warning sign that would indicate that his mood was changing a little bit and we would take action. His coping mechanisms seem to be failing him.”

Kat says the family feel strongly about James’ need for a place in full-time residential care, as they see first hand the benefits it provides.

“RehabCare are absolutely fantastic. With them, he is living that sort of independent lifestyle, where he is doing things he is heavily involved in and he is making the decisions.

“Not that he isn’t at home, but he is coming home to my mother and father and it is sort of a conflicting lifestyle.

“The reason it is so important it happens now is to prevent further crisis and distress to James, my parents and my family.

“We really feel that it shouldn’t take a tragedy for action to be taken. The time is now,” Kat stressed.

The Mahon family say they feel as though they have been abandoned by the state, especially with a suitable place already available.

Kat added: “That is why we feel sort of abandoned by the state. He is a vulnerable adult with a disability.

“It is his right as an individual to be able to live his life to its fullest potential, which is what we feel he would be doing with full time residential placement with RehabCare because they are absolutely amazing.

“When he first started engaging in the service, he made huge strides in his own development. He achieved the gold Gaisce award with the support of both Rehabcare and his family.

“The place is there and James is a suitable candidate. There, he will have the chance to grow even further. He came on so much with his part-time residential care when he was 18, but things have become stagnant for him at the moment.”

After James’ most recent outburst, Kat launched an online petition to try and gain support for the campaign for a place for James. The petition has since gained over 1,000 signatures.

“Everything at the moment feels preventative.

“We need to have a heavy schedule where we are doing lots of things all of the time to prevent outbursts as James likes to be on the go all the time.

“That is not sustainable for my parents anymore. They are not able to cope.”

Kat expressed her worries not only for James, but also her mother, Geraldine, and father, Billy, who are now unable to handle these outbursts due to James’ increased strength.

Kat added: “Mam and dad are getting older.

“There are activities that James may want to do, but mam and dad would not be able to facilitate any longer.

“It definitely feels that as a family we are not being heard and the seriousness of the situation is not being recognised.

“He needs the placement now that is the bottom line, to prevent any further injury to himself or someone else,” Kat concluded.