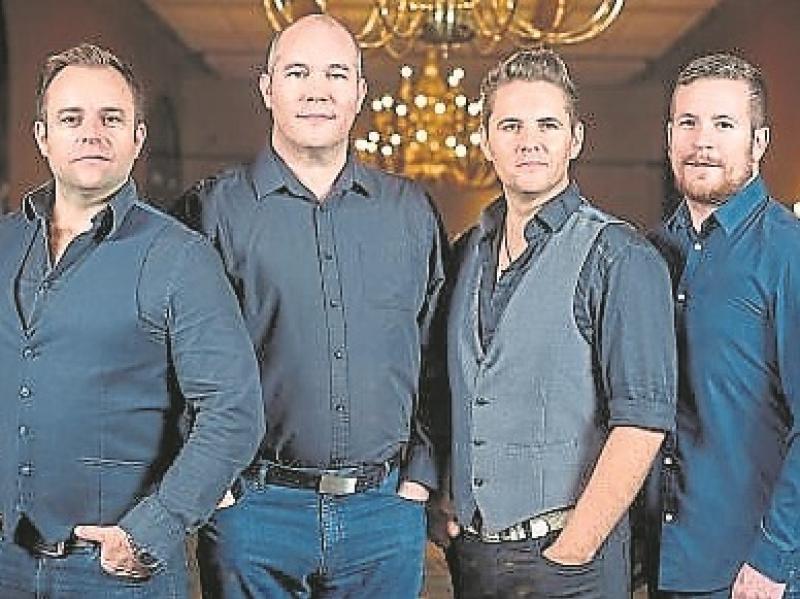 The High Kings perform at the Landmark Live on Saturday, January 25

The High Kings perform at the Landmark Live on Saturday, January 25

In the mid to late 2000s, Ireland needed a group like The High Kings. The heyday of ballad groups like The Clancy Brothers and The Dubliners was a distant memory for generations of music fans, and to have another bunch of Irish lads taking up the baton and continuing the tradition was great news to thousands of fans worldwide.

The four immediately clicked as a creative unit as well as friends, and they sensed something special was taking place.
The self-titled debut album, released in 2008, reached a highly impressive number two on Billboard Magazine’s World Music chart.

It was during their second tour of the US in 2011, however, that everybody involved realised the fanbase was growing into something that no one had predicted. Subsequently, the group’s tour of Ireland sold out within hours.

With the stamp of approval from the likes of Christy Moore and Ronnie Drew, The High Kings had achieved what many had thought impossible: they were moving the Irish ballad tradition into the here and now, carrying along with them the steadfast older fans while simultaneously bringing it to a new audience.

By their third album, under the encouragement of producer Sharon Shannon, the band were beginning to introduce original material – ballad style, but with contemporary touches – along with the old favourites, something they have continued to do in the years since including this past Christmas with their highly successful, self-penned single ‘Christmas the Way I Remember’.

Don’t miss this chance to experience the magic of The High Kings yourself when the true heirs of Ireland’s folk heritage come to Carrick-on-Shannon this Saturday, January 25.

Tickets are €33.50 (at the Landmark or from Ticketmaster.ie).