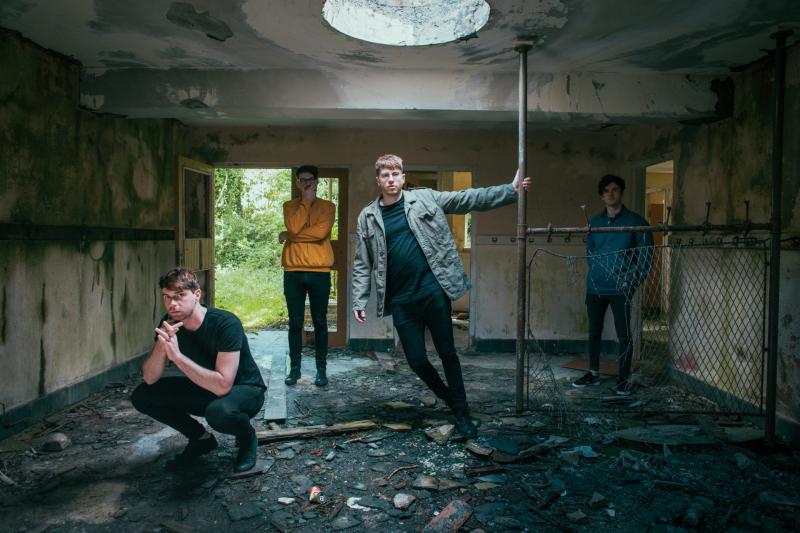 Brave Giant are to play a free gig in New York in March to raise funds for St Christopher's Services PICTURE: NATHAN SHERIDAN

The chief executive of St Christopher's Services has issued a public thank you to local band Brave Giant after the group agreed to perform a free gig in New York to raise much needed funds for the facility.

Derek Scanlon said he was indebted to the band following their announcement that they had agreed to a concert in New York in March.

“I am truly humbled that such a renowned band are willing to help us raise vital funds for the Service and I am confident that the Longford diaspora in New York will support the gig on the night,” he said.

“The following that the band now have is massive and I am confident that this will be a very successful fundraiser for us.

“The lack of appropriate Government funding for the Service has forced us to look at alternatives outside Ireland to raise the necessary funds to continue the day to day operation of the Service”.

In a further boost, Longford man, Brendan Donoghue has also kindly agreed to provide his venue – The Chelsea Bell in Manhattan free of charge for the night.

“Brendan is pulling out all the stops to ensure that the event raises the maximum amount for us on the night,” added Mr Scanlon.

“He is providing 2 free drinks to all attendees along with free food and the venue.

“The night has the potential to be one of the best on record for St Christopher's in terms of fundraising and we are so thankful for all the support Brendan has given us.”

Besides the high calibre musical entertainment and location of the fundraiser, it has also been announced that the band's flights and accommodation are being sponsored by local businesses.

Details of all sponsors will be made available over the coming weeks.

To coincide with the gig St Christopher’s are running a draw for a chance to win Flights for two, gig tickets and 3 nights accommodation in New York.

Tickets are €10 and are available from local retailers and on the St Christopher’s Facebook page.

“I would like to thank everyone that has bought a ticket for the draw and urged anyone interested in buying one to do so before the draw which will take place in St Christopher’s main canteen on Battery Road, Longford on January 24 2020,” added Mr Scanlon.