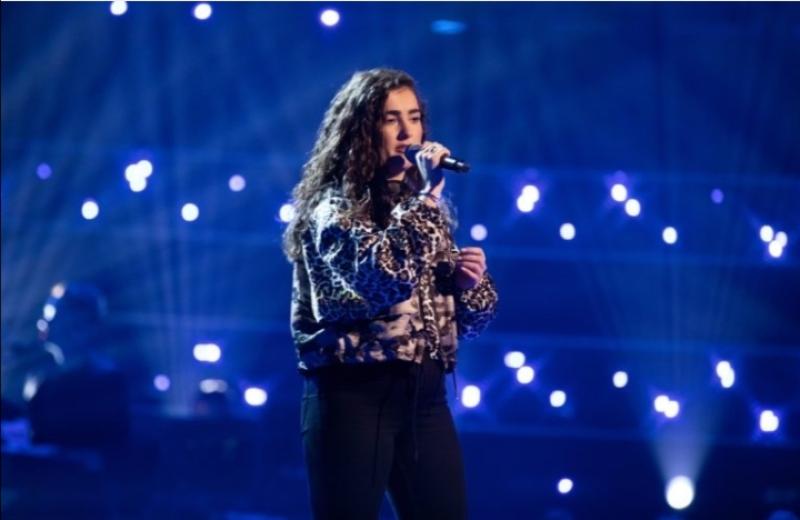 A young Derry woman has progressed to the next round of The Voice after wowing all four judges on the first episode of the 2020 series.

A video introducing Brooke Scullion revealed that she works in a petting zoo but is allergic to animals - "it's okay if I just don't breathe in," she joked.

She was joined by her two biggest fans, grannies Peggy and Sheila. They described her as a "very lively and bubbly wee girl" adding "singing is her dream."

Before taking to the stage Brooke said: "There's nothing else in the world that gives me the feeling that performing does. To go through would be amazing. This is the biggest opportunity that I've ever had."

They were quickly followed by Olly Murs and Tom Jones. As the performance unfolded Sir Tom's eyes were visibly bulging as he digested her vocal range.

Each of the judges implored the 20-year-old to join their team.

Will.I.Am told her he had to turn after three words, Meghan said she was "obsessed" already and believes Brooke can be a "superstar". Tom added that her voice is "tremendous", she's "wonderful" and Olly lauded her as "fantastic".

After telling Tom Jones that both of her grannies were single and Olly Murs that one of them fancied a 'toy boy', Brooke eventually settled on American singer songwriter Meghan Trainor.

Meghan said she felt the competition was won already so impressed was she with Brooke's talent.

Each coach needs 10 acts for the next stages - the battle rounds - and will be seen fighting over the best acts.

As always, the coaches had their backs to the stage so they can only base their decision to pick an act on the voice alone.

Each of the contestants who step out on stage must hold their nerve as they perform in the hope of seeing at least one chair spins round.

But if no coaches turn then the contestant leaves the stage immediately as the coaches remain with their backs to the stage, never seeing who performed.

After the auditions comes the Battles where the Coaches reduce their teams by half but, with the opportunity to steal one act each from another coach, they will take six through per team to the Knockouts.

If Brooke successfully negotiates the Knockouts she will earn a place in the live shows where the public will ultimately crown the winner of The Voice 2020.