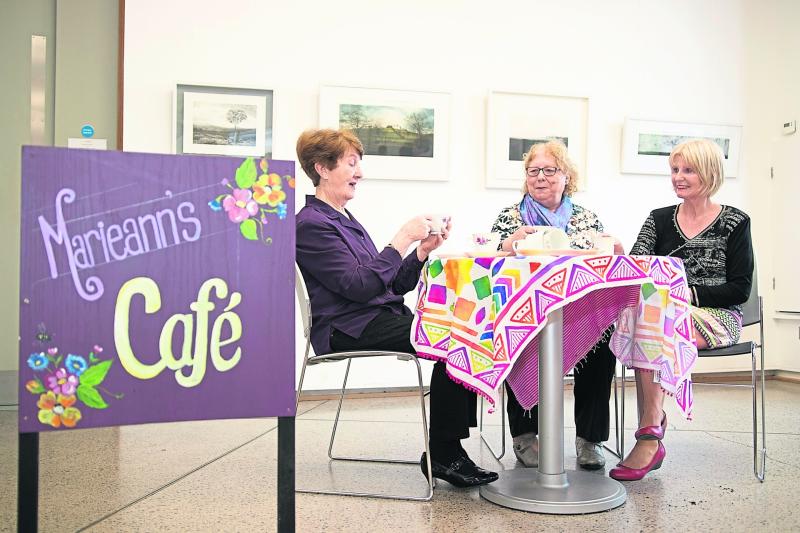 Cavan Older People’s Council take a new play entitled The Best Years of Our Lives Are Yet to Come to the Corn Mill Theatre stage on Friday, May 10.

This moving and hilarious play is co-written by the members and theatre practitioner Maura Williamson who also directs the play.

This drama captures the richness of older people’s experiences and allows the audience to understand the issues they face in negotiating a range of everyday situations.

The performance takes us through several scenes, giving us an insight into their perspective on life as an older person in today’s society.

The age-friendly social commentary uses humour to point out instances of older people’s unique perspective on the world.
Bob Gilbert, Chair of the Older People’s Council said, “I believe that drama is one of the most effective vehicles for exploring and raising awareness of issues affecting our society.

“This drama project explores several issues encountered by older people in their daily lives. The issues raised were suggested by the participants and the scenarios were created by them.

“This is proof of the enormous contribution that older people are making to our society.

“The end product was all made possible by our marvellous Maura Williamson who encouraged our creativity and collated the various contributions into a cohesive final script.”

Catriona O'Reilly, arts officer complimented the group “for their commitment to the project and the work over the past months with the guidance of Maura Williamson, which has culminated in a really successful production”.

This theatre project is an initiative of Cavan County Council Social Inclusion Office and the Arts Office and is supported by the Arts Council.

This Older People’s drama project won the 2019 All Ireland Community and Council award for Best Community Initiative and is on tour also to Ramor Theatre Virginia on May 17 the Civic Centre Belturbet on May 24.