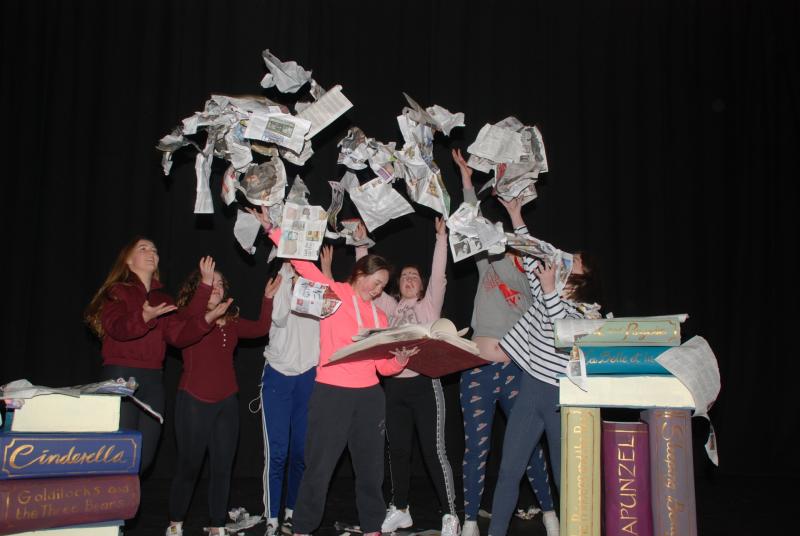 This January, Backstage Youth Theatre (BYT) will stage their ninth original panto, ‘The Lost Princesses’, written by local writer and former BYT Leader Brendan Williams, a tale of sneaky bookworms and mixed up fairy tales and, of course, lost princesses.

Since 2003, members of Backstage Youth Theatre (BYT) have been involved in pantomimes in Backstage Theatre, taking full ownership of the annual event in 2011. In that period hundreds of young members aged from 12 to 18 have had their first taste of live performance both on and off stage.

The funds raised from the six to seven night run of the panto make it possible for BYT to offer many exciting projects to their young members throughout the year such as their co-production with Backstage Theatre, presented each September for the past four years, which offers the members the opportunity to work with a theatre professional, engaged by Backstage Theatre, over the summer months.

In addition, members have participated in Youth Theatre Ireland Summer Camps in Kilkenny and even went to Italy for nine days a few years ago.

Throughout the year, BYT also subsidise outings to the theatre for the members. All this is delivered for an annual membership fee of just €5.

For that fiver, young people get to be part of the BYT family, have fun and make friends in a safe and friendly environment.

or BYT the primary concern is that the members are enjoying themselves and gaining confidence.

The panto is more than just an annual fundraiser to sustain BYT through the year. It is a huge learning process for the members, both on and off stage.

This year, there are 27 people on stage and another 20 working in off stage roles such as make up, stage crew and technical crew. The lighting operator for this year’s show is the youngest member of the group aged just 13.

BYT is a 100% voluntary registered charity. Thanks to the support of the people of Longford and beyond, the BYT panto has gone from strength to strength each year and this support has made it possible to deliver more and more exciting projects and experiences to the members.

BYT has also donated proceeds from their annual panto to Chernobyl Children, Aisling Children’s Festival, St Christopher’s and even Backstage Theatre in 2014 when the theatre’s funding was severely cut.

Next year will be BYT’s 10th annual panto and to celebrate in 2020 they will be reviving their first original panto ‘The Wizard of Longford’.

But, for now, tickets are still available for ‘The Lost Princesses’. If you want to support this event and enjoy a great night out for all the family, you can book your tickets on 043 3347888, www.backstage.ie or Farrell-Coy Fine Art & Crafts, Centenary Square, Longford Town.