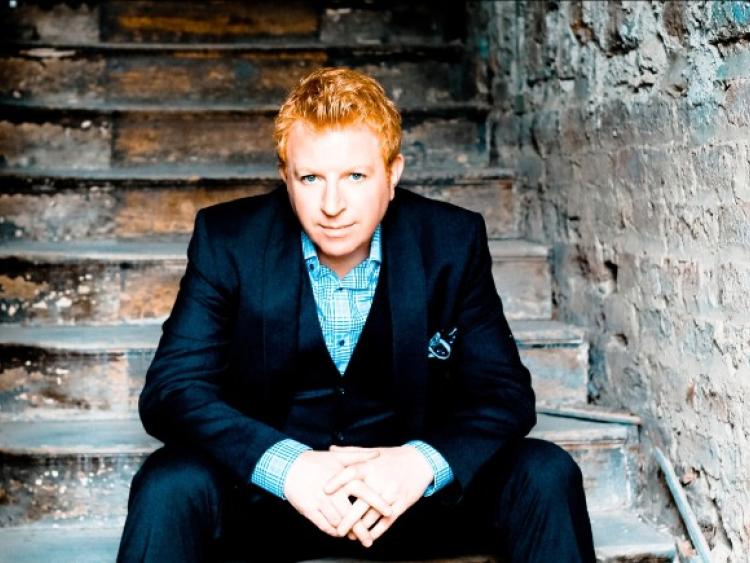 Tommy Fleming will perform in St Patrick’s Church Mohill and also in Our Lady of Lourdes Church in Mullahoran .

Tommy Fleming is bringing his incredible Voice of Hope II  tour to two unique locations in the locality in the coming weeks. The renowned singer will perform in St Patrick’s Church Mohill on Friday night, November 30 and also in Our Lady of Lourdes Church in Mullahoran on Thursday December 13.

This will be a wonderful opportunity to see one of the country’s best known performers in action in two very beautiful settings.  Tommy Fleming is famous for his performances of “Danny Boy”, “Isle of Inisfree” and “Hard Times” among many more, while his version of “You Raise Me Up” is simply outstanding.  Little wonder that the crowds have been flocking to his concerts across the country in recent times.

“I’m really looking forward it, neither of them are places I’ve been to before,” Tommy Fleming told the Leader this week.  This tour, which includes Churches and Cathedrals around the country is bringing the Sligo man to parts of the country he has never seen.

“It’s lovely getting around to these places,” he says, adding that he’s from a rural area himself “so I never go around thinking I’m landing in the middle of nowhere.”

He agrees that singing in churches is a very different experience to performing in theatres and the like.

“The great thing about it, especially coming up to Christmas is when you’re singing songs like “O Holy Night” or “In The Bleak Midwinter”, when you close your eyes for a minute you are transported back to 10 years of age to Midnight Mass, when it was at midnight, and couldn’t even sleep that night with the excitement. You’re looking back with a tear in one eye and a smile in the other.”

He loves the idea of bringing a concert to the heart of the smaller communities.

“It grounds me completely,” he says. “A lot of people wouldn’t get to the Mullingar Park Hotel or to Bord Gais and we’re able to do this.”

The band consists of a string quartet, piano and guitar and the playlist changes depending on the night and the venue.  The result is a beautiful intimate gig with a deep sound, thanks to Tommy’s wonderful voice and the acoustics of these lovely buildings.

He says himself and the band all love this tour,which they affectionately call the “Mince Pie Tour” because they get so many beautiful homemade mince pies along the way.

“And the sandwiches,” he says.  “You’d get up in the middle of the night for those sandwiches.”

He adds , laughing, that  he’ll be two stone heavier by the time the tour is over.

Many of the concerts are hosted by local committees and they are hugely welcoming to him but he dismisses the idea that he’s a celebrity now.

“I hate that celebrity thing, we all do a job. I don’t think there’s any room for that in this country. It’s far from it I was reared,” he says.

So he won’t be appearing on “I’m a Celebrity” any time soon?

“Well I’d love to be in the middle of a jungle , not shaving for three weeks, that’d be great,” he laughs.  But it’s the outdoors that attracts him, not the celebrity buzz.

“Even when I’m off in the summer, I spend my time in the bog or in the garden,” he explains, adding that he loves just “pottering around”.

But pottering around the garden will have to wait for the summer because for now he is the midst of a hugely successful nationwide tour that’s taking him the length and breadth of Ireland. Catch up with him locally in Mohill on Friday night and Mullahoran on Thursday December 13.

Tickets for the concert in St Patrick's Church Mohill on Friday night, November 30 are on sale in Mulvey's Newsagents Carrick on Shannon and Paul's Newsagents Mohill.