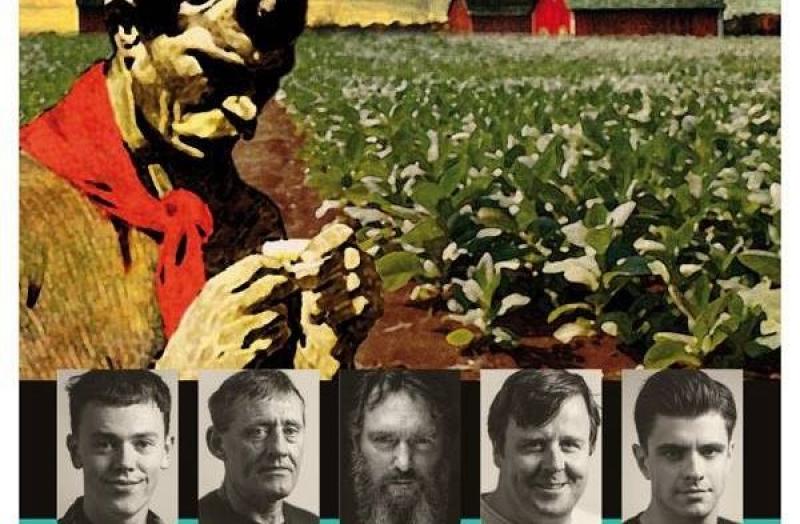 Longford's arts scene is buzzing now more than ever, with festivals springing up left, right and centre, art exhibitions, music events and plenty of activities that cater for all interests.

But that doesn't stop the locals from creating new artistic opportunities as local actor Niall Brewster has proven with the establishment of Further Theatre Company.

Niall has been away acting with various theatre companies and groups across the country but says that every time he came back to Longford, there was nothing here for him.

“So I decided if Muhammad can't go to the mountain, then let's make the mountain in Longford,” he said.

“I talked to a few like-minded individuals with a view to creating a theatre company, so we can have theatre here in Longford all year long and bring quality theatre to life in the midlands.”

The plan for down the road, Niall added, is to have not only professional theatre, but also something for amateur actors “to give people an opportunity to try acting”.

“We'll also do courses ourselves and then come back and upskill everyone else, and in the future we might explore screen acting and video.”

At the moment, the company is looking at putting on its first play - 'Tillsonburg', written by Malachy McKenna.

Jon (Shane Crossan), the owner of the farm, is in dispute with Pete the Indian (Frank Farrell) about land rights, while Billy (Niall Brewster), a farm labourer, seems trapped in a life of hard labour and alcohol.

As the play progresses, all is not as it seems between the two Irish friends as they revisit the truth behind their departure from New York the previous summer.

Niall is directing the play himself and said he took on the smaller role of Billy to ensure he could give the proper attention to the rest of the actors.

TEDx Longford goes down a storm at Backstage Theatre

Most importantly, this is Niall's first time to direct a play.

“It's exciting and scary and then exciting again and then scary again,” he laughed.

'Tillsonburg' will be staged in the Backstage Theatre on November 27 at 8pm. For tickets, see www.backstage.ie.