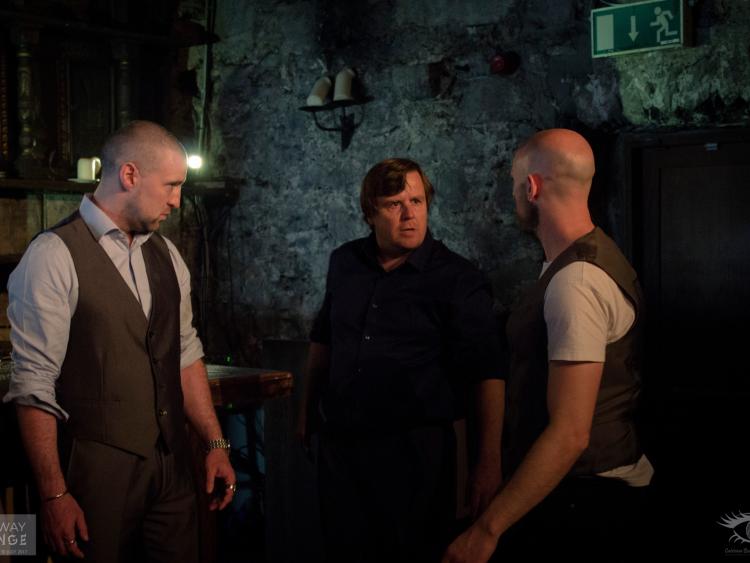 Niall Brewster in action at the Galway Fringe Festival. Photo by Catriona Bonner. For more photos, find Catriona on Facebook and Instagram.

The Galway Fringe Festival has been blessed with Longford talent as local actor Niall Brewster stars as Weeney in 'Squinty'.

The play has been running in the Kirwan Theatre since July 17, with the final performance taking place tomorrow (Thursday, July 27).

The play centres around four old school friends who meet for a few pints and a wander down memory lane.

They recall Squinty, a lad who was in their class when they were 12, and who was the victim of a violent outburst.

But two of the lads, including Brewster's character, Weeney, are harbouring a dark secret and don't want to hear the story.

“Weeney is one of those barmen who inherited the business from his dad,” Niall said of his character.

“So he's stuck there. He never left town, never went on holidays. He's set in his ways and is very sarcastic, with a droll sense of humour.”

The play is set in 2003, and the characters, who grew up in the 70s, discuss a range of social issues that went on at that time.

“If I met up with my mates, we'd be talking about similar things, and that's what people have said about 'Squinty' - it brings back memories for them,” Niall explained.

'Squinty' is a play about how our memories shape us and society, and how secrets compromise us all.

The remaining shows will take place today (Wednesday) and tomorrow (Thursday) at 1pm and 6pm in the Kirwan Theatre, Busker Browne's.

So if you're heading to Galway to soak in the festival, make sure you catch a performance.