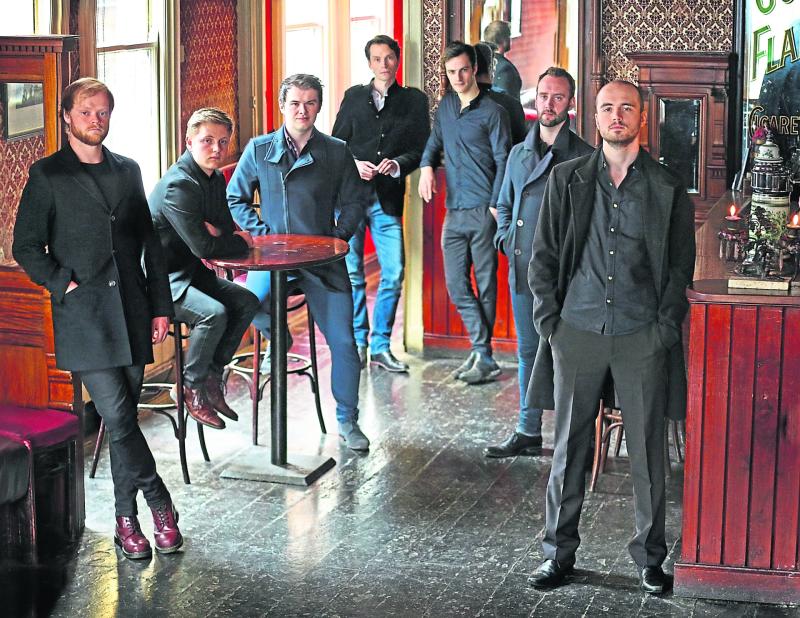 M’Anam - a new vocal group from Anúna, who will perform at the Carrick Water Festival in July.

Summer is well and truly here, with the sun cracking the stones across Longford and the rest of the country over the past week.

With the summer comes festival season and a range of top events happening across the midlands, including the well-known Carrick Water Festival which takes place on July 11 - 15 in Carrick-on-Shannon.

Whether dramatically interpreting the songs of Jacques Brel & Nick Cave or collaborating with Yoko Ono or Patti Smith, Camille O’Sullivan makes every song her own, stunning audiences around the world with her extraordinary voice and her mesmerising, theatrical presence.

‘Queen of the Edinburgh Festival’ (BBC), Camille enjoys a formidable international reputation for her stunning vocal performances, and has made a name for herself across the globe with sell-out performances, including Sydney Opera House and the Roundhouse.

She was recently voted one of Later… with Jools Holland's top 25 performances of all time by The Telegraph.

Be drawn into a world of dark, light, circus and dreams as she performs her intensely dramatic interpretations of the songs of Brel, Cave, Radiohead, Bowie and more; expect joy and pure passion.

Another festival line up addition includes an afternoon recital from award-winning Keadue harpist Fiachra Guihen performing alongside internationally acclaimed pianist Jessie De Bellis for a feast of O’Carolan tunes and other classics in St George's Church, on Wednesday July 11 at 1pm.

Opera fans are in for a treat on Saturday July 14 at ‘Una Seranata Italiana - A Gala Evening of Italian Opera’ taking place in The Bush Hotel.

M'anam (Irish for “My Soul”) are an all-male vocal group that has grown naturally out of the extraordinary phenomenon that is Anúna and are performing in St George’s Church on Wednesday July 11.

This new exciting group made their début this month at Limerick Sing's Choral Festival at the UL Concert Hall.

The performance by the group will incorporate some well-known material such as Fionnghuala and The Parting Glass, together with Scottish traditional songs and an eclectic collection of contemporary music, including classical and more accessible pieces.

The festival are offering patrons a generous loyalty discount.

Get 10% off when you book tickets for any two events, 15% off for three events and 20% off for four or more events.

Tickets must be booked in advance at the box office or online in one transaction - terms and conditions apply.

Tickets for all events can be booked via Festival box office partners The Dock in person during opening hours (Monday - Friday 10am-6pm; Saturday 10.30am-5pm), by phoning 071 96 50828 or online via www.thedock.ie.