Second half goals from Michelle Farrell (penalty), Kamille Burke, Clodagh Lohan and Emer Heaney helped Brian Noonan's Longford ladies side to an impressive 4-10 to 1-9 victory over Carlow in the opening round of the Leinster TG4 Intermediate Championship this Sunday afternoon in McGrath Park, Bagenalstown.

Next up for Longford is a very tough home tie against Kildare next Sunday.

The Lilywhites were 5-8 to 3-7 winners over Wexford today and when Longford and Kildare met earlier this year in the 2022 Lidl Ladies Football National League Division 3B, it was Kildare who emerged as 2-11 to 2-5 winners in Killoe.

Longford's third Leinster TG4 Intermediate Championship Group B game is away to Wexford on May 1, with the top two counties in the group qualifying for the semi-finals fixed for May 8. The final is on May 15 and the All-Ireland Championship begins shortly after this.

In the difficult, greasy underfoot conditions, Carlow rallied and they responded with four points of their own courtesy of Sara Doyle (2 frees), Aoibheann Gilmartin and Dannah O'Brien.

Longford concluded the half with a fine Grace Shannon point, giving them a 0-8 to 0-6 half time advantage.

On the restart, Longford racked up 3-2 without reply, thereby putting the contest out of Carlow's reach. Kamille Burke and Grace Shannon slotted over points and the goals were dispatched by Michelle Farrell (penalty), Kamille Burke and Clodagh Lohan making it 3-10 to 0-6.

Carlow hit back with scores from Dannah O'Brien (2 frees) and Niamh Kelly (1-1) but there was to be no denying Longford and they had the final say as Emer Heaney netted their fourth goal.

Round 3
May 1: Wexford v Longford
May 1: Carlow v Kildare 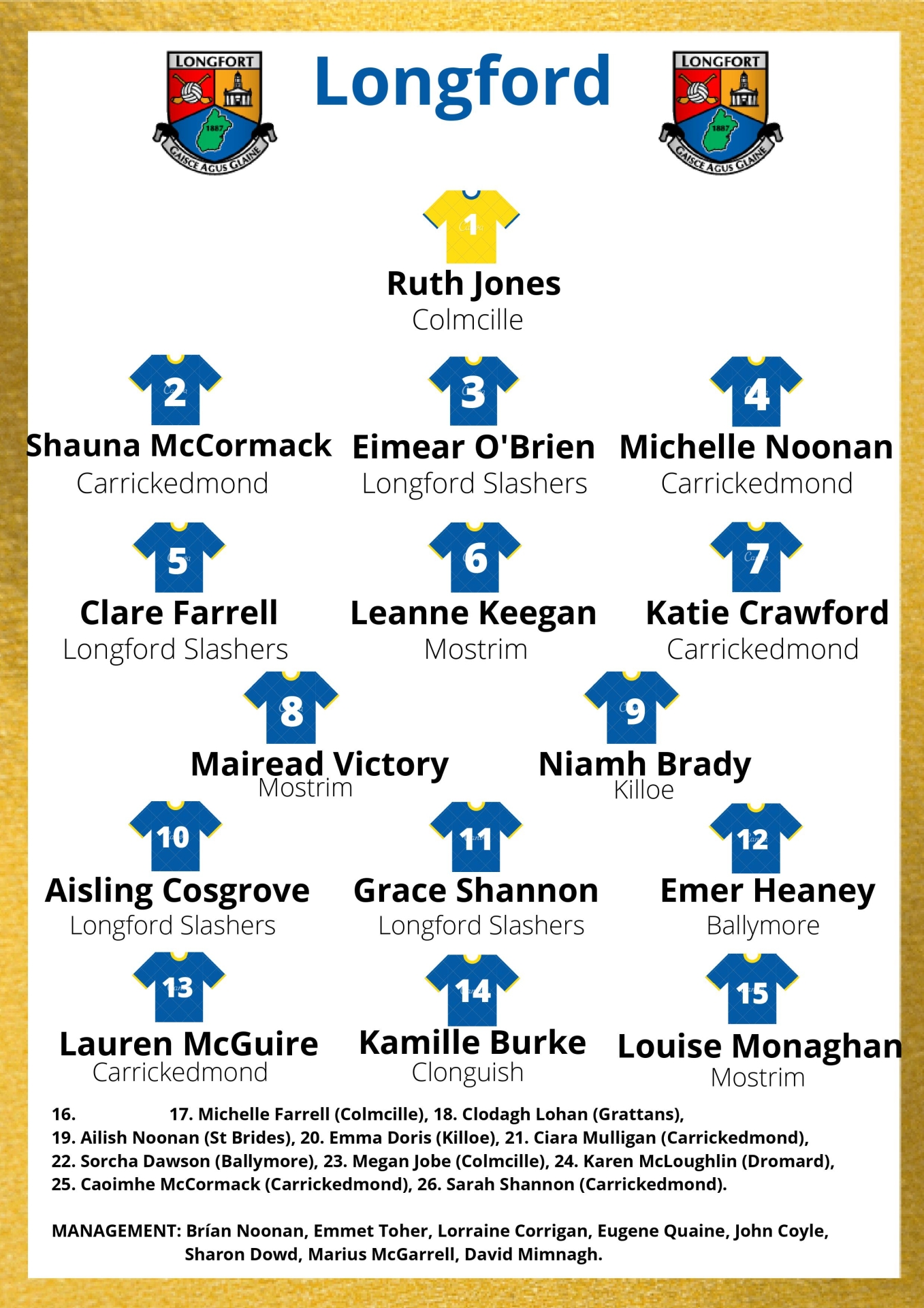 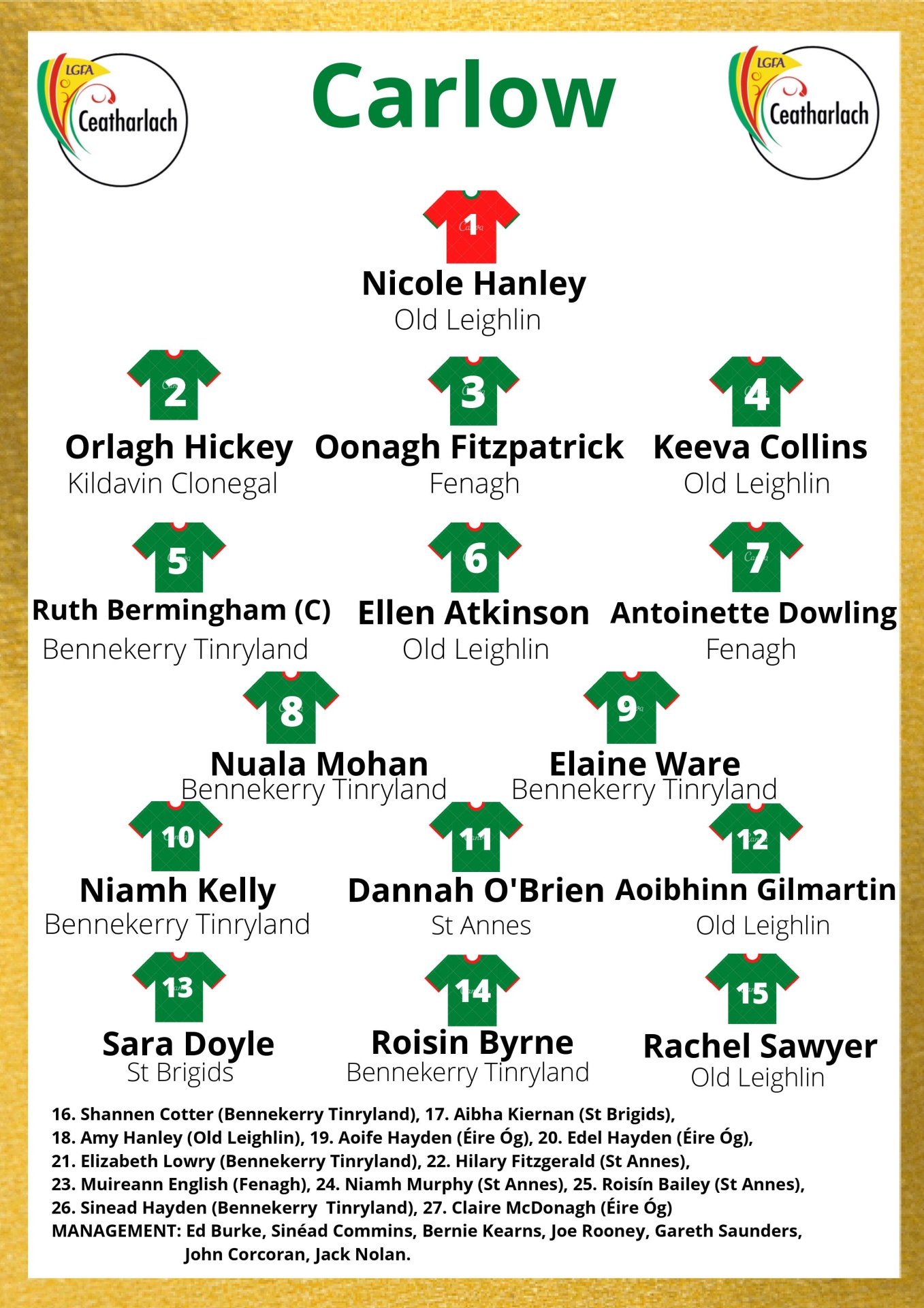