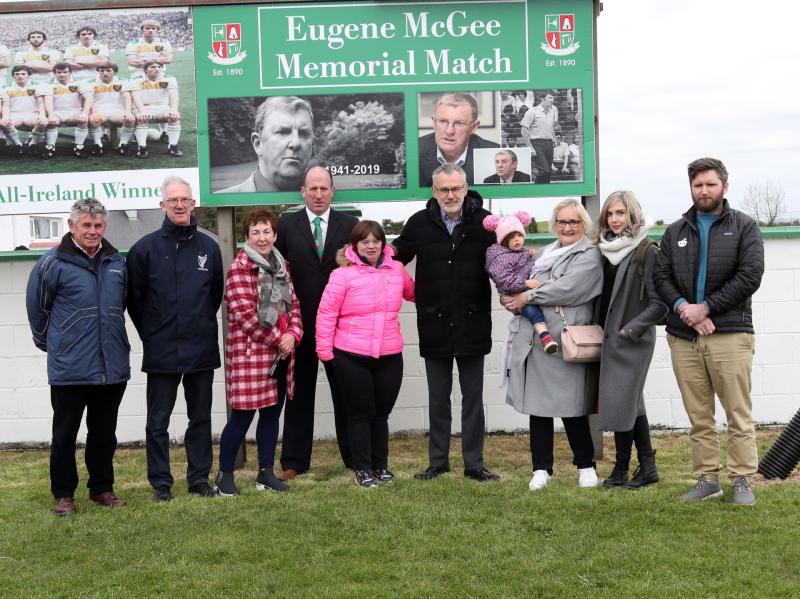 An honourable and well respected journalist, a fearless voice for Longford and rural Ireland, and a man with an innovative approach to GAA management, the late and legendary Eugene McGee was poignantly remembered as his native club, Colmcille, staged the Eugene McGee Memorial Match on Sunday in Fr Phil McGee Park, Aughnacliffe.

Highlighting how he enjoyed Eugene’s company on a number of occasions in his favourite haunt, John Browne’s in Market Square, Longford GAA County Board Chairperson Albert Cooney said that whether it was on the field or in business, Eugene, who passed to his eternal reward on May 5, 2019, was ‘firm, demanding but fair and the word failure was not in his dictionary’.

Offaly won Sunday’s contest by a point and Eugene’s daughter Linda presented the cup to Johnny Moloney who told the attendance, everyone in the Faithful County was proud of what Eugene McGee achieved during his time there and his coaching excellence ensured that the players of today have the 1982 All-Ireland medal winners to look up to and appreciate.

Cllr Garry Murtagh was MC for the occasion and after he announced Offaly’s Joseph O’Connor as the Man of the Match award winner, Eugene’s son, Conor, said the occasion and the trip to Colmcille had brought up a lot of fond memories.

Conor added, “We were always made to feel so welcome in Colmcille and it is very humbling. I appreciate and thank both teams for their commitment and Colmcille club for organising the day.”

On behalf of the Colmcille club, Monica McKeon presented a bouquet of flowers to Eugene’s wife Marian, a lady steeped in Offaly and Walsh Island GAA as her brothers, Tomas and the late Liam O'Connor, were members of the all-conquering ‘82 side that destroyed Kerry’s five-in-a-row ambition.

Seamus Darby, the man whose goal rocked the Kingdom, was present in Colmcille as were other members of Offaly’s 1982 All-Ireland winning squad, including captain Richie Connor, Tomas O'Connor, John Guinan and Stephen Darby.

In his address, Uachtarán Chumann Lúthchleas Gael Larry McCarthy said it was wonderful to be at a club in the heart of Longford.

“It is my first visit to Colmcille and I’m delighted to be here to remember and pay tribute to the late Eugene McGee. I was also delighted to meet the Offaly players from ‘82 and had the honour of organising the New York launch of Seamus Darby’s book entitled, ‘About That Goal’,” he said.

There was praise all round for Colmcille Chairperson Andrew McKeon, and the hard working committee of volunteers and stewards for their seamless organisation of Sunday’s special occasion, and he presented a copy of Eugene McGee’s book ‘The GAA in My Time’ and the recently launched ‘The Gaelic Field: Longford GAA Historians Remember’ to Mr McCarthy on the day. Leinster GAA Chairperson Pat Teehan and former Provincial Council Chairperson Martin Skelly were also present. 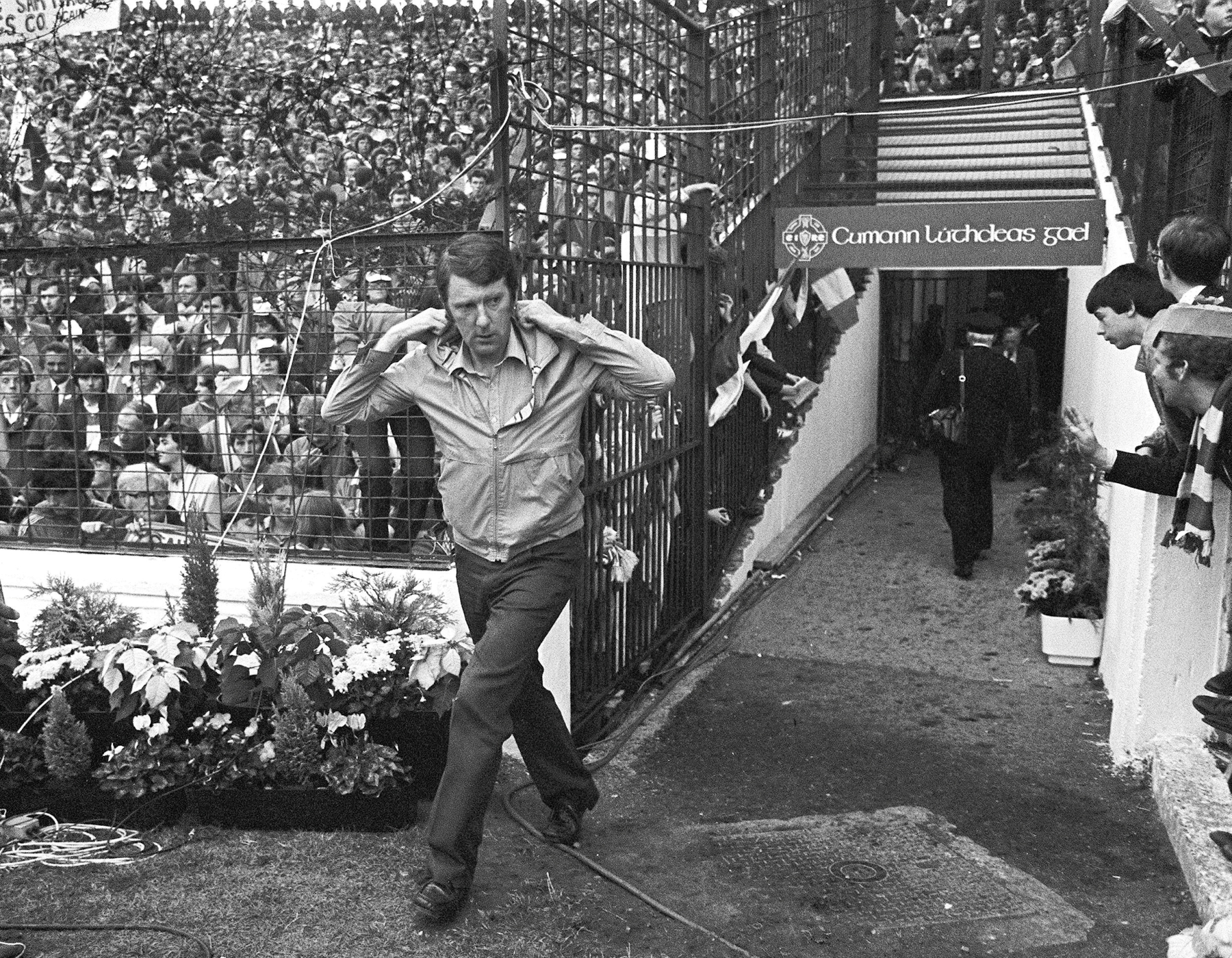 Mr Cooney said Eugene’s McGee’s achievements as a manager are amazing and not half recognised. The former Longford Leader, Editor and Managing Director coached UCD to six Sigerson Cup wins as well as two Dublin championships and two All-Ireland Club titles in 1974/75.

He later managed the Offaly football team which won three Leinster titles and the '82 All-Ireland title.

He also managed Cavan and the Ireland team on two occasions for the Compromise Rules International Series, winning the 1990 series in Australia 2-1. 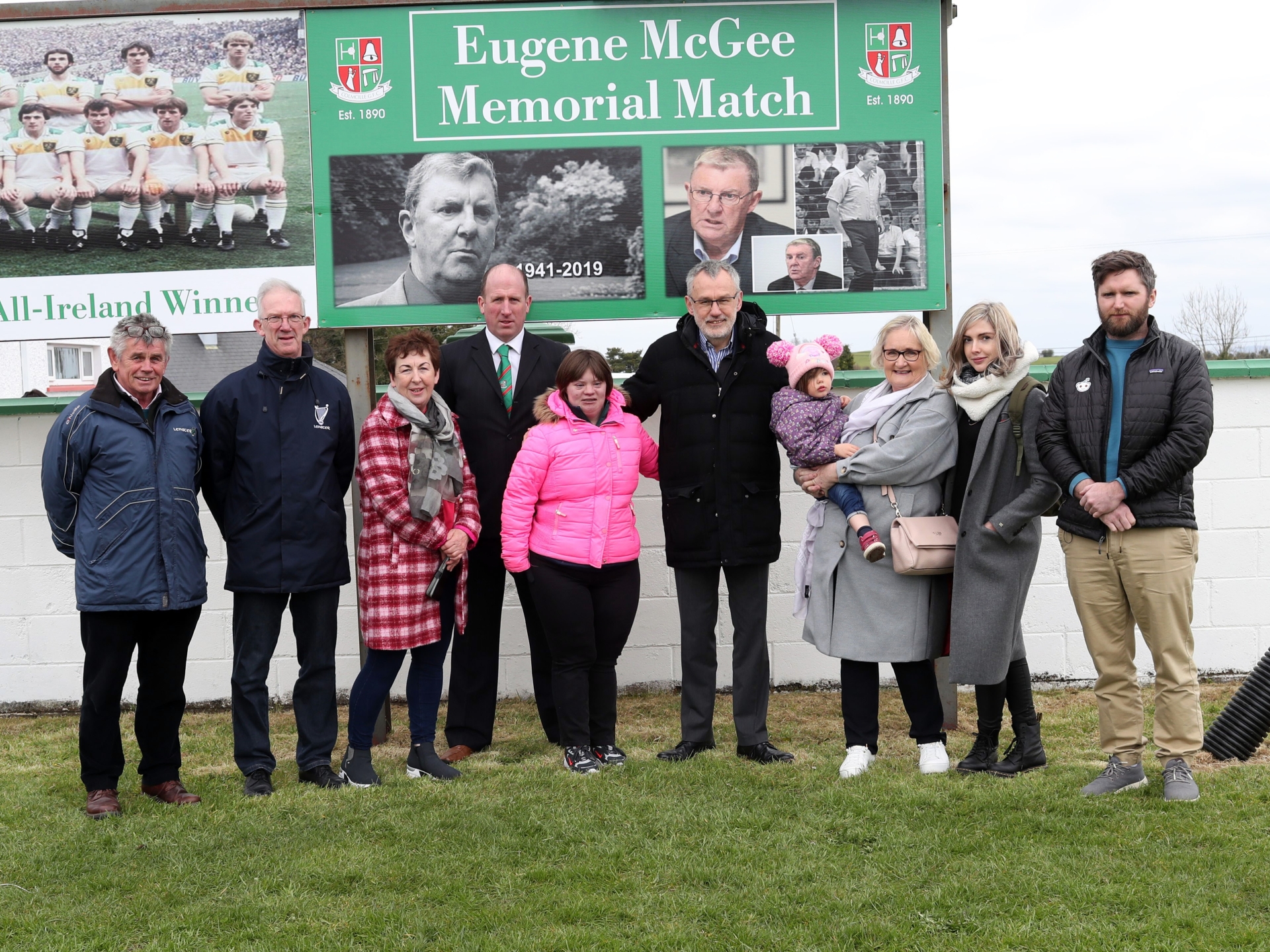