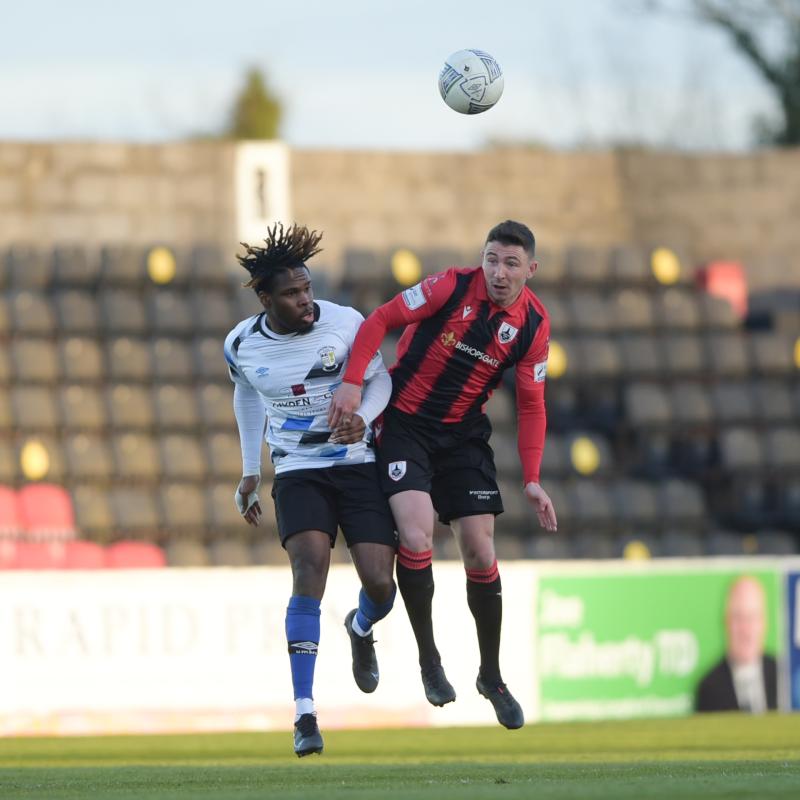 Gary Cronin's Longford Town side, after their wins over Athlone Town and Cobh Ramblers last Saturday and Tuesday, have a busy week ahead of them when they play Bray Wanderers on Bank holiday Monday (April 18, 3.30pm) at the Carlisle Grounds and on the following Saturday (April 23, 7.30pm) they play Treaty Utd at Bishopsgate.

These are very exciting times for Town supporters as their new look team are moving up the table unnoticed and they are now joint third alongside favourites for promotion Waterford Utd with a game in hand.

The Bray Wanderers fixture takes place at 3.30 at the Carlisle grounds and this game will see the return of Gary Cronin to the club he previously managed and there is no doubt that he will be hoping to get revenge for the surprise defeat at Bishopsgate when Pat Devlin plotted a victory over his former player.

One would have to say that the performance on that Monday night was one of the poorest this season. It wasn't that the Town played badly, it was a lack of finishing in front of goal that was the problem.

Sam Verdon opened the scoring after only eight minutes but a litany of spurned Longford chances afterwards allowed Bray into the game and they paid the penalty as Bray won with goals from former Athlone player Kurtis Byrne in the 21st minute and a second goal from Paul Fox in the 38th minute.

Next Monday the Town have a chance to go to the Carlisle Grounds and set the record straight and pick up three valuable points.

There is no doubt that Bray will be a tough nut to crack but we all know that the Town are much better than what they produced in the first meeting.

This Bray side is full of experience and it also includes quite a few former Town players and likewise the Town side also includes many former Bray players.

Former Town keeper Michael Kelly is in the Bray squad this season and could feature on Monday next. Dean Zambra, who captained the Town team for quite a few seasons, is now the captain of Bray and he is fondly remembered by all Town supporters. Rob Manley has taken up the striker's role for Bray after leaving the Town at the end of last season. Callum Thompson is another ex Town player who is in the Bray colours this season.

Longford Town have a good sprinkling of ex Bray players in their squad this season as some decided to follow their former manager to Bishopsgate. Ryan Graydon, Darren Craven and Dylan Barnett along with reserve keeper Adam Hayden all played for Bray and all will be looking for a reversal of the previous result when the teams clash on Monday.

Let's hope Longford can conjure a bank holiday smash and grab at the Carlisle Grounds. The Town want to win this second meeting between the clubs and keep chasing the three teams at the top of the table.