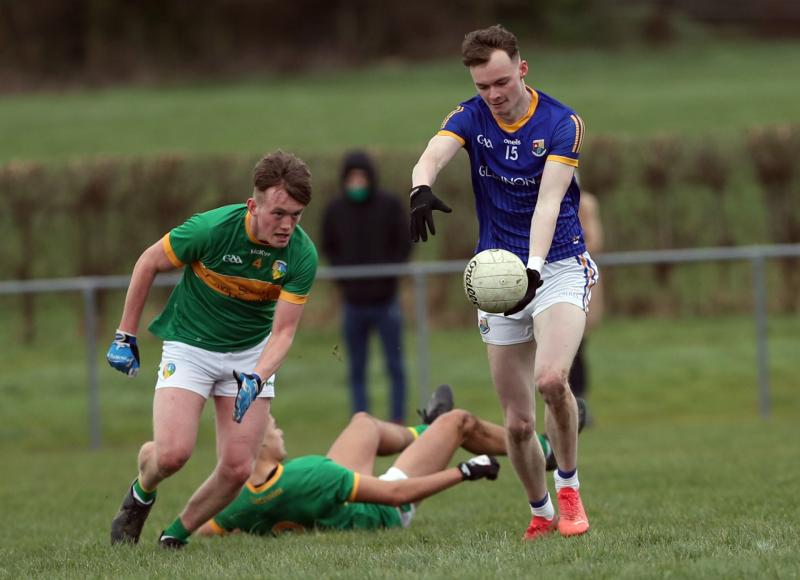 Longford U20 footballers made little of the testing weather conditions as they cruised to a comprehensive 4-9 to 1-7 win over Wexford this evening in the opening round of the Eirgrid Leinster Championship at Parnell Park, Dublin.

Kieran Carey managed Longford played with the benefit of the elements in the first half and boosted by two Jack Duggan goals they enjoyed a 2-5 to 0-3 cushion at the interval.

Many expected Wexford to mount a more serious challenge on the restart but it failed to materialise as Longford refused to take the foot off the throttle and further goals by Keelan McGann and Ciaran Scanlon sealed a very impressive victory.

Longford now advance to face Meath in the provincial quarter-final on Thursday week.

Despite playing into the teeth of the strong wind, it was Wexford who opened the scoring as Cian Hughes slotted over an early point.

From there on, however, it was a well drilled and skilful Longford side that dictated proceedings and the game was played entirely on their terms.

Jack Duggan crashed home a 10th minute goal after he was cleverly picked out by Tiernan Hussey. The Clonguish attacker added a brace of points, one from play and the other from play, and Longford were 1-2 to 0-2 ahead by the 15th minute. Ruairi O'Brien (free) slotted over Wexford's second point.

Cian Hughes replied with a pointed free for the Slaneysiders but they were dealt a sucker blow in the 28th minute as Duggan punched to the twine following a great McGann delivery.

Just before the break, Longford 'keeper Cian McGuinness earned his spurs by producing a decent save and at the interval his side enjoyed an eight points cushion, 2-5 to 0-3.

On the resumption both sides clipped over two points. Jack Higgins and Conor Kinsella were on target for Wexford, with Duggan and Hussey (free) finding the range for Longford, 2-7 to 0-5 after 39 minutes.

By the 53rd minute it was 4-9 to 0-6 as Longford put the tie firmly to bed. Jack Duggan grabbed a point, bringing his personal tally for the evening to 2-5. Keelan McGann netted a brilliant 48th minute solo goal with Ciaran Scanlon contributing 1-1, the goal arriving after a fine move that involved Matt Duffy and McGann.

Wexford's sixth point came via the boot of sub Sean Hughes and they gained some small consolation as Brendan Tobin plundered for an injury time goal.

The scoreboard at the final whistle read 4-9 to 1-7 and rampant Longford were full value for their eleven points winning margin and their reward is a clash with Meath in the quarter-final on Thursday, April 14.

Longford start as per programme and playing with a strong wind in the first half. pic.twitter.com/I0rne7SuNd

Our U20 football team, proudly supported by @Zurich_Irl, for the championship match v Longford in Parnell Park on Wednesday evening. Tickets online through https://t.co/a0tlNVXW0N (not available in shops). Follow us here for live updates from the match. pic.twitter.com/xW7652IZxO