Mullinalaghta St Columba's are back at the summit of Longford club football after they emphatically brushed aside the challenge of Mostrim by 0-15 to 0-6 in this afternoon's Peter Hanley Motors Longford SFC Final at Glennon Brothers Pearse Park.

The three-in-a-row champions (2016 to 2018) didn't figure in the finals of the past two years, however, upon their return to the decider Mullinalaghta made light work of Mostrim, appearing in a first final since 1992, and it was a delighted Donal McElligott that accepted the Sean Connolly Cup from Co Board Chairperson Albert Cooney, with the man of the match accolade going to Cian Mackey.

After the last occasion that Mullinalaghta were Longford standard bearers, the men from the 'Half Parish' went on to become AIB Leinster club kingpins in December 2018 and no doubt they'll be a formidable force to be reckoned with in the forthcoming provincial series where they open their campaign at home to the Wicklow champions Blessington.

Here is a gallery of photographs from today's final captured by Sportsfile's Eóin Noonan. 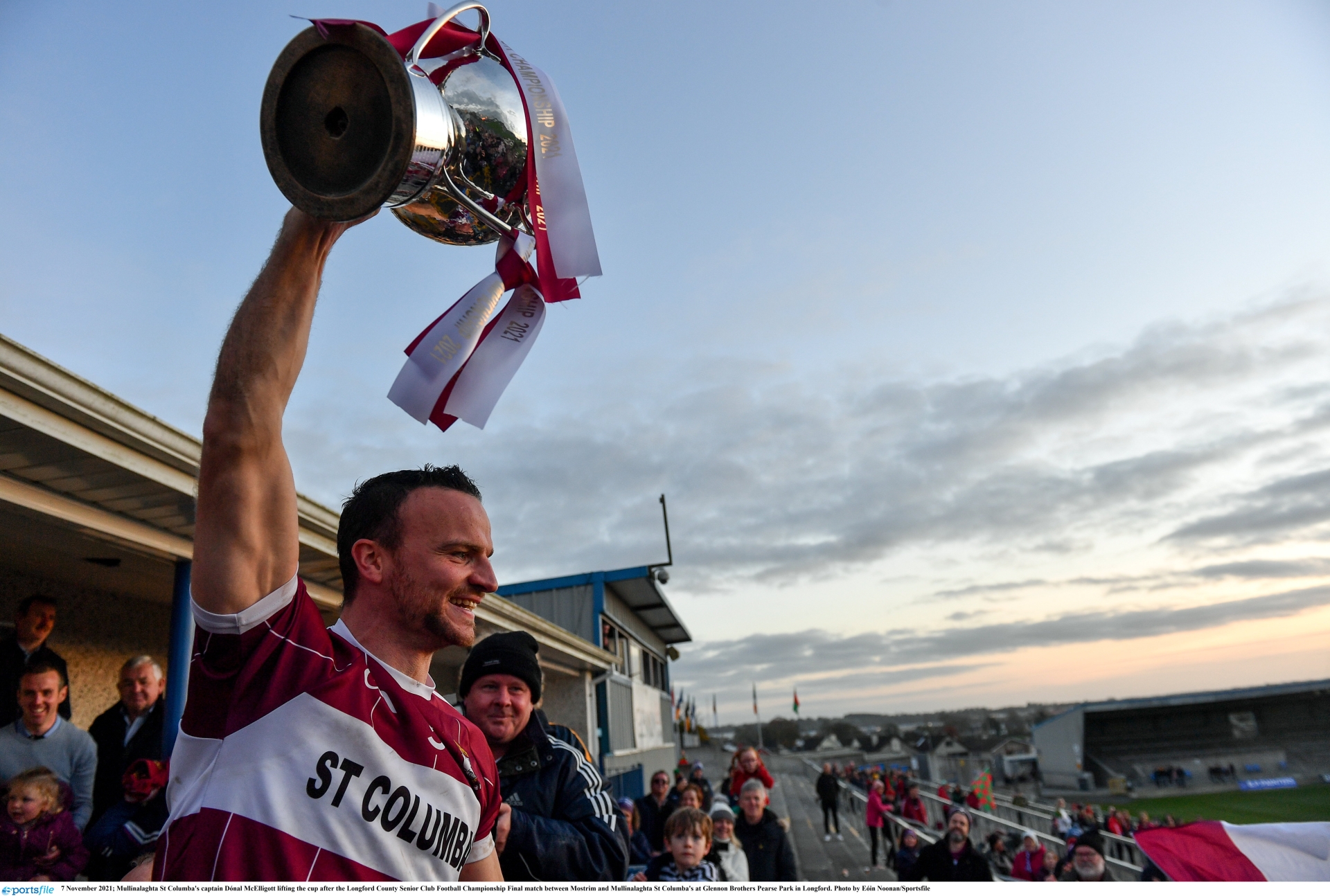