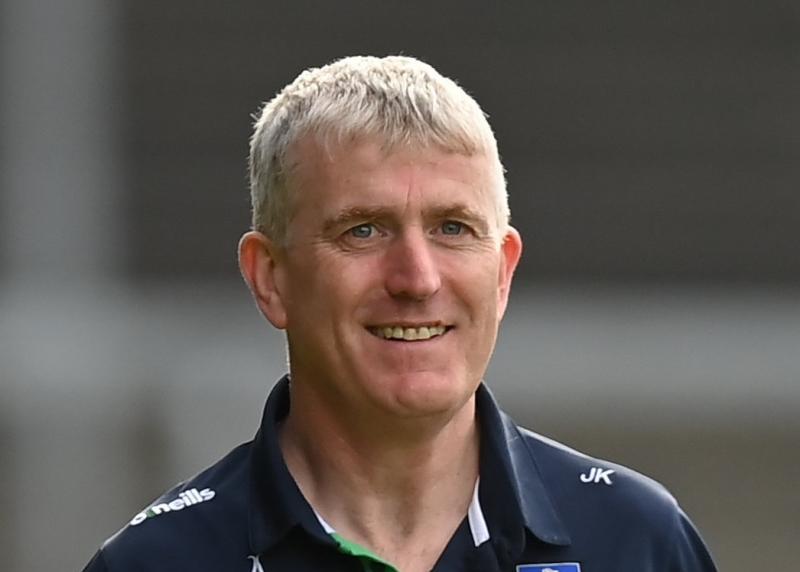 LIMERICK hurling manager John Kiely has retracted and apologised over comments he made in the wake of his side's Allianz Hurling League defeat to Galway on Sunday when he claimed he had seen 'some clear examples of simulation' by opposition players.

Limerick suffered their first defeat since their 2019 All-Ireland hurling semi-final loss to Kilkenny at Croke Park in Sunday's Round 2 clash at Pearse Stadium, Salthill.

In an interview with the Irish Examiner, Kiely retracted his remarks and apologised to Sunday's opponents Galway.

“I should have paid more attention to my own performance and that of the team than to the opposition,” he said.

“At the time I was of the opinion that I had seen an incident that I wasn’t happy with: It was late in the game and very much to the forefront of my thoughts after the game.

“But over the last two days, I’ve been going through the video footage of the game and have had a very clear sight of those incidents I referred to. The bottom line is that what I thought I had seen was absolutely not the case.

“I wish to wholeheartedly retract those comments with regard to Galway and to apologise for them. It’s important that I set the record straight now that I’m certain that what I saw was not what I believed I had seen.”

“We’ve had a fantastic relationship with the Galway players and management over the last number of years,” continued Kiely.

“We’ve had some fantastic battles, and I’ve known their current management team, Shane O’Neill and John Fitzgerald, for a long time and have tremendous respect for them. I want to apologise to them for any insinuation that might have been inferred from my comments last Sunday.

“In the past the Galway team and management showed tremendous grace and dignity when we’ve met them. They showed that in 2018 and again last year, and that was the least I owed them after they beat us on Sunday.

“They were far better than us on the day last Sunday in every facet of the game and fully deserved their victory, and I should have dwelt on that aspect of the game afterwards, instead of focusing on what I felt was simulation. In doing so I fell far short of the standards I set myself.

“It’s important when we make a mistake that we have the wherewithal to put our hands up and say, ‘listen, I got that one wrong’ and learn from it and move on."