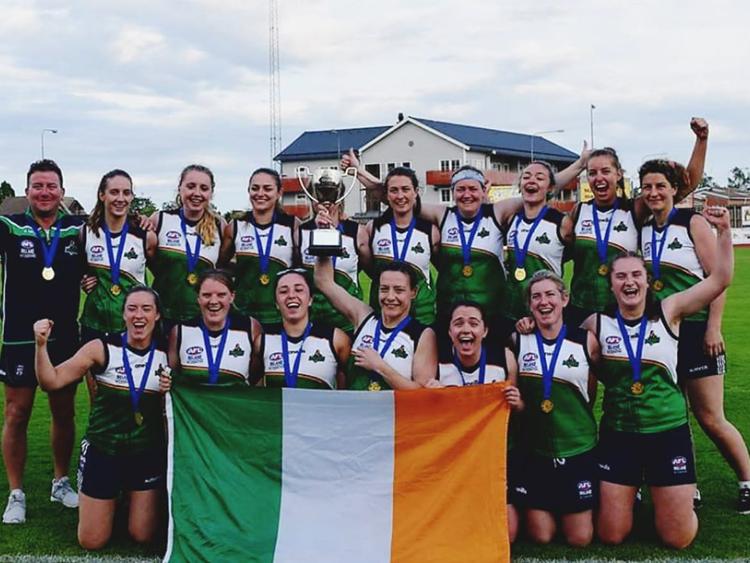 The Irish Banshees celebrate retaining their Euro Cup crown. Michelle Farrell is pictured second from left on back row

Making her Irish National Aussie Rules debut, Colmcille club player Michelle made a big impact on the international stage and played a central role in helping the Irish girls retain the Euro Cup.

Her colleagues Marie Keating and Aisling Gilespie also helped themselves to two goals apiece as the Irish Banshees prevailed by 6-7 (43) to 2-1 (13).

In the semi-final, the Irish Banshees, under the guidance of Head Coach Mike Currane, comfortably overcame the Swedish Ravens and in the pool series they accounted for opposition from Germany, Wales and Croatia.

Congratulations to Michelle and the Irish Banshees.

You can watch coverage of the Euro Cup Final HERE