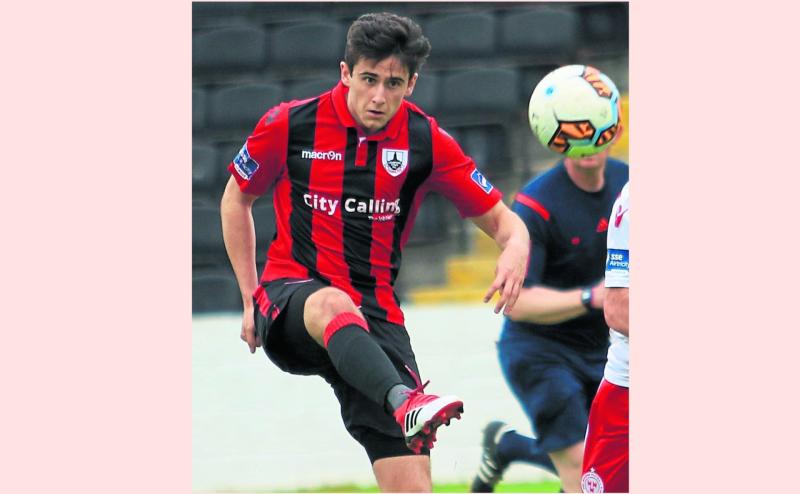 A goal from Sam Verdon in the 31st minute at City Calling Stadium this evening saw Longford Town move back to second place in the SSE Airtricity League First Division table and four points behind leaders Shelbourne.

Verdon got onto the end of Aaron Dobbs header to fire past Cobh keeper Paul Hunt. It was after Town had applied the pressure in the opening half of the game. Verdon had an earlier chance but his lob went just wide.

Aaron Dobbs also came close while Conor Kenna’s header was cleared off the line by Cobh defender Kevin Taylor as Town pressed hard for that opening goal. Cobh came close on 21 minutes when Jaze Kabia brought a save out of Town keeper Lee Steacy.

Minutes later Steacy also denied Greg Henry. On 31 minutes the deadlock was broken  by the Town through Verdon.

Town tried to add to that Verdon goal with Dean Zambra’s free kick going over on 66 minutes. Paul Hunt saved from Dean Byrne and then 10 minutes from time Verdon was unlucky not to get his and the Town’s second goal but his lob just went wide of the post.

Subs: Jamie Doyle for A Dobbs and Karl Chambers for S Verdon (84 mins)